Waste2Tricity will be based at the Protos clean energy hub, near Manchester, where it will use technology to turn 'dirty' plastic into hydrogen 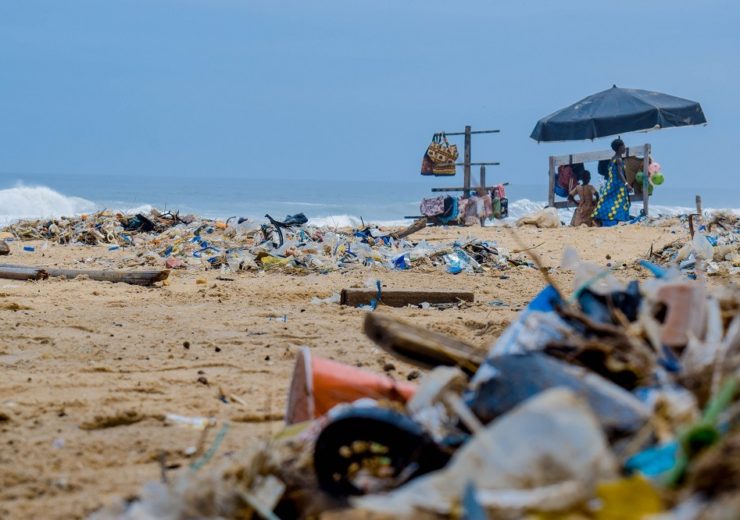 Waste2Tricity was set up to develop power from plastic waste (Credit: Pexels)

A raft of discussion has taken place on the subject of how best to deal with the world’s huge amounts of plastic. Thomas Parker speaks to John Hall, managing director of Waste2Tricity, which aims to take on this issue by converting unrecyclable plastic into hydrogen energy at a new UK clean energy hub.

Whether buying sliced ham in a black plastic tray or high-value gadgets cosseted in polystyrene, taking an environmentally-friendly route when disposing of the vast array of packaging we’re bombarded with can often seem akin to navigating a minefield.

Because so much of it can’t be recycled, large amounts of this plastic scrap is dumped in landfill, shipped abroad or simply discarded to slowly suffocate the world’s oceans.

Yet, in just 12 months, the battle to do right by the planet — for both consumers and waste managers — may have a new secret weapon in the shape of a plant converting contaminated, unrecyclable plastic into hydrogen power.

London-based environmental developer Waste2Tricity is set to build a waste-to-power plant that will generate green power for vehicles and the national grid.

It will be based on the new Protos clean energy hub in the north-west of England, which was created by real estate firm Peel Environmental to cluster together companies with similar innovations that could help solve some of the greatest environmental challenges.

“It’s either going to landfill or it’s being exported, where it’s being dumped in south-east Asia.

“We can actually get rid of the plastic problem and generate hydrogen power at the point where people want to fill vehicles.

“Initially, it’s going to be for used by businesses that own products like bus fleets and HGV vehicles.

“Gradually there will be an infrastructure for hydrogen cars as well, because we can’t run everybody’s car on electric — the national grid can’t cope with the demand.”

What is the Protos clean energy hub?

Located next to the town of Ellesmere Port that sits between Manchester and Liverpool, the £700m ($910m) Protos project aims to develop power from sustainable sources that have yet to be fully utilised in the energy mix.

Resource recovery is at its heart, with the aim of creating value from waste that would otherwise go to landfill.

Altogether across the 134-acre site, which is currently under development, a range of businesses involved in low-carbon energy generation will eventually come together to share ideas and resources.

The ultimate goal is to generate at least 140 megawatts (MW) of heat and electricity each year, which could power “more than a quarter of a million homes”.

Thornton Science Park — the University of Chester’s science and engineering department, featuring laboratories, workshops and office space — is also located on the development.

The relationship between Protos and Thornton is designed to deliver an educational link, providing investors and on-site companies access to a skilled and future-proofed workforce.

Alongside waste-to-energy facilities like the one being build by Waste2Tricity, Peel Environmental also aims to have a recycling business on site, with Advanced Sustainable Developments in talks to place its first UK plant at New Ellesmere Port – the name of the land on which Protos sits.

Peel’s managing director Myles Kitcher says: “In all the time I’d been working in energy, nothing had really changed. We have fuel provided by coal, oil and gas, and we built the occasional nuclear power station.

“But there’s been a realisation of the fact we are going to have to adopt a low-carbon energy mixture.

“We have done very well in decarbonising electricity but the big challenge is going to be the need to decarbonise heat and transport fuel, which is a far greater challenge.

“Hydrogen is a good means of doing this as it is zero-carbon at the point of use.”

Building on this work, White began to research alternative ways to create hydrogen fuel cells and identified the waste industry as a possible way to develop energy.

Although the idea was initially explored for AFC Energy, it grew into its own and led to Waste2Tricity being set up to research how gasification — a process that turns liquid into a gas — could be used to convert waste into fuel cells.

One of its major discoveries was waste-to-energy system developer PowerHouse Energy’s DMG technology — chemical recycling that takes waste plastic and recovers the maximum energy value from it.

“Howard made a big investment into PowerHouse and we got involved with it to look after its business in the UK,” explains Hall.

“This involved us making the introductions, finding it the projects, and that’s really how we got to where we are.”

Protos developer Peel Environmental has worked with Waste2Tricity on several projects over the years and, also being interested in the DMG technology, signed an agreement for a plastic-to-hydrogen plant to be built at Protos.

PowerHouse Energy CEO David Ryan says: “In 50 years’ time, hydrogen may well be the fuel that we are all using.

“It’s going to be a long road to that, but we believe that our technology is a stepping stone towards the use of hydrogen, certainly in road transport fuel.”

Towards the end of 2019, it was announced that PowerHouse Energy is set to purchase Waste2Tricity.

Waste2Tricity’s work at the Protos site

Investment in the project was slow to get off the ground, but interest has since grown due to the development of a demonstrator at Thornton Science Park.

Hall says: “The PowerHouse technology is certainly a very interesting one. It’s a very novel arrangement of things and there’s been a lot of work gone into it, but I think investment is always the issue in this country.

“The ambition has to come from the private sector, and when the word ‘gasification’ is anywhere near it, it puts people off after a number of less-than-successful punts at it over the years.

“Of course, until you build one you are never sure, but we are as sure as you can be that this can work out as expected.

“The demonstrator has proven the technology and that’s all coming together with the Protos scheme.”

The plan is for the plant to break ground in the first few months of next year, with it being operational by the end of 2020.

Initially, it will supply electricity, but the company aims to expand this to develop hydrogen for vehicles.

Hall says: “We do believe that distributed production of hydrogen is the easiest and best way of producing it for vehicles.

“There are several reasons for that – but one is that you can make hydrogen very cheaply out of natural gas.”

An issue surrounding the use of hydrogen is the weight of transporting it around the country, requiring eight or nine more transporters to shift the equivalent amount of diesel.

To counteract this issue, most of the fuel would be provided to vehicles stationed nearby – and mainly commercial fleets.

The plant will be fed by plastics that can’t be recycled – such as those with two types of material in it, or black trays – with the technology also able to handle ocean plastic.

Hall says: “Plastics are a demon material at the moment. Packaging needs a lot more thought and we need to do a lot more work with it – but ultimately if you don’t have things packaged, you’ll lose a lot more food through waste.

“Plastic is a wonderful material and we need to be smarter about the way we use it.

“We have to be smarter about the way we reuse it and recover it, but ultimately there will always be some materials that you can’t recover and you can’t reuse.”

Alongside its work at Protos, Waste2Tricity is also looking at supporting automotive and engineering companies in Japan and South Korea, distributing hydrogen for road transport, industrial applications and the destruction of contaminated plastic waste.

Although not involved in these markets, Hall believes countries such as Indonesia could benefit from the introduction of hydrogen power generated from plastic.

He says: “Indonesia is a huge nation with no national grid and a big need for local generation of electricity.

“There’s also an almighty amount of plastic, with a lot of it ending up in the sea.

“Based on the feeding tariff the Indonesian government is currently paying to get people into generating electricity, we could actually afford to pay $50 a tonne for local people bringing plastic to be processed.

“Suddenly, instead of all this mixed plastic being a nuisance, which people are quietly losing somewhere, it suddenly becomes valuable.

“Therefore, rather than wanting to get rid of it, they will want to take it to the plant.

“This is one of the areas we are very excited about because that’s where you can make a difference – not just to the UK hydrogen infrastructure but to the way the whole supply chain is working, and where intervention can make a big impact.”

If Waste2Tricity achieves its ambitions, an eco-friendly way of life might not have to require so many sacrifices – at least when it comes to packaging.