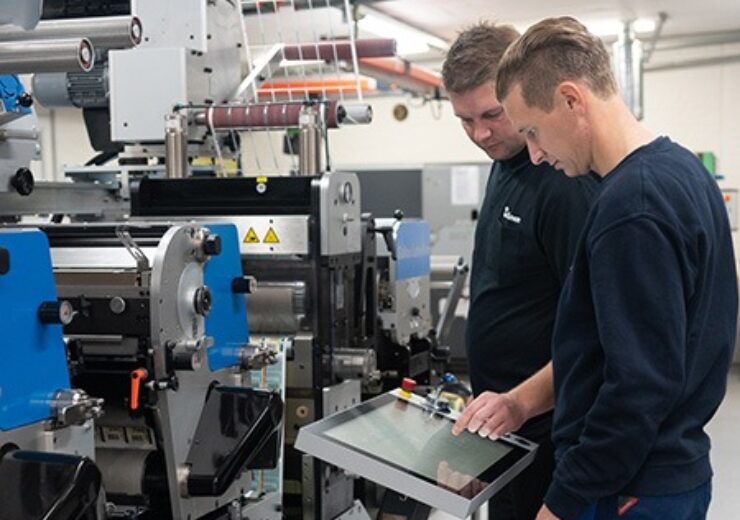 Leading labels business Skanem has praised the Esko technical team following the success of a large-scale IT migration completed under the shadow and restrictions of the global COVID-19 pandemic.

The producer of self-adhesive labels, with 11 production sites employing more than 1,000 people across eight countries in Europe, Asia and Africa, changed IT suppliers in 2019, requiring the migration of Esko Automation Engine, Imaging Engine and WebCenter to new servers at Skanem headquarters in Stavanger, Norway.

“The original plan had been for the Esko technicians to be on-site in Stavanger for the migration,” explained Clement Aanestad, Prepress and IT Manager with Skanem. “Our employees would then visit the Esko demo center in Gent for a full schedule of training, but as we all know, the COVID-19 pandemic changed everyone’s plans.”

With travel restrictions in place and reduced workforces affecting the project plan, the Esko team utilized remote access and online training in order to keep the vital work on track and reduce the impact on the continuing operations of Skanem.

“The migration simply had to take place, but we feared the pandemic would cause a significant disruption to the process,” said Clement. “Instead, the Esko team continued with the migration and training projects, successfully finding alternative solutions to ensure the work was completed.

“Over the last few months, I have experienced first-hand the extreme professionalism of Esko. The team were always well-prepared, ahead of any potential problems and demonstrated a fantastic deep knowledge. Throughout the project, they kept us informed and delivered a comprehensive overview of the 11 different servers involved in the migration, as well as collaborating closely with our IT suppliers to ensure the wide range of required tasks were completed to the highest standards and on time.”

Due to the coronavirus pandemic, Skanem staff training for the Esko packaging management solution, WebCenter, was conducted over online video conferencing prior to the migration. “After the successfully migrated system went live, Esko then helpfully followed up with any fine-tuning and additional training sessions,” said Clement. “This entire process is enabling Skanem to establish a PDF-focused workflow. The strategy was built from the ground up to ensure we use Automation Engine and ArtPro+ more effectively, along with boosting the efficiency of our prepress workflow and management of customer files in a cloud-based solution in WebCenter.

“I am really impressed with the smooth migration and the level of control demonstrated throughout the process,” he said.

Eddy Fadel, Esko Vice President EMEA, said he was delighted that the project had been completed so successfully, particularly given the conditions under which the migration was undertaken.

“This is a testament to the skill and dedication of our technical team,” said Eddy. “The customer comments are particularly gratifying as we displayed not only the ability to complete such a complex project through remote working, online meetings and video conferencing, but to similarly overcome all the associated logistical issues they encountered arising from COVID-19 restrictions.

“Our customers’ satisfaction is what fuels us at Esko,” he added. “The vision of Skanem is to be a preferred supplier to its global customers, achieved by remaining ahead of the latest market trends and investing in state-of-the-art technology to deliver the very best service to their customers around the world. We are thrilled that Esko solutions are at the heart of their business and are proud to be a partner of Skanem on this ambitious project.”