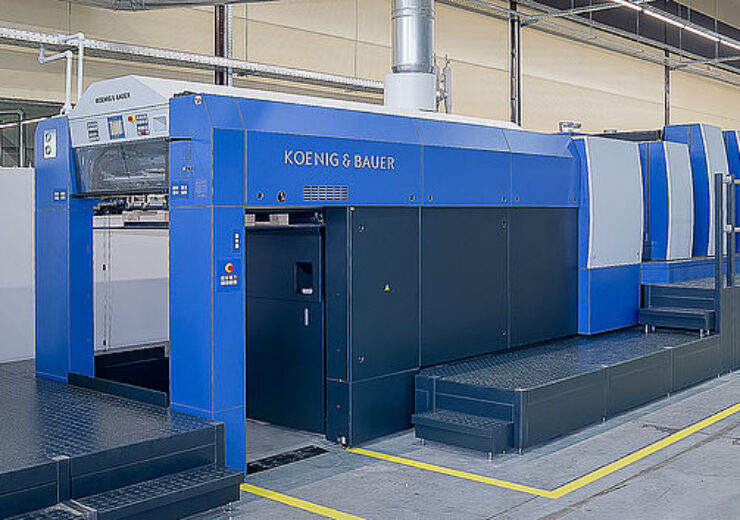 Lux Upak, a packaging printer with headquarters in the Russian city of Tver, is a relatively young company. And one which is distinguished by its dynamic growth. A Rapida 105 in 3b format has been used for production here since 2014. The five-colour press with inline coating facilities is being used for UV production. In 2017, Lux Upak moved to new premises, where a Rapida 105 PRO – this time with six printing units and inline coater – was installed last year.

As soon as this new press had been commissioned, the production volume handled by the company started growing steadily. 2019’s figure of 180 million packaging units had already increased to 300 million last year. Lux Upak primarily focuses on the production of folding cartons and other board packaging for the food and beverages industry, as well as for the pharmaceuticals and mechanical engineering sectors. The company today employs a workforce of 130 production and office staff.

There is at least one special feature that the new Rapida 105 PRO exhibits, making it unique on the Russian market: It is the first press in this series to be equipped with QualiTronic PDFCheck. In other words, the inline inking control system QualiTronic ColorControl has been supplemented with functionalities for sheet inspection and comparison of the printed sheets with a pre-press PDF – all of which is done using a single camera system. Even before job production commences, QualiTronic PDFCheck is able to detect any potential errors and imperfections on the sheet. At the same time, it also ensures a high level of consistency over the full length of a production run. If deviations are detected on the printed sheet, the operator is prompted to intervene.

The press was configured specifically for packaging printing, with its foundations having been raised by 450 mm in order to accommodate higher piles. Production speeds of up to 17,000 sheets per hour on the Rapida 105 PRO are guaranteed by a long list of automation features, including FAPC automatic plate changers, multi-function CleanTronic washing systems for the blankets, impression cylinders and ink rollers, and a lowerable non-stop roller rack in the delivery. VariDryBlue IR/hot-air dryers optimise energy consumption during the drying process.

Just like the press hall, the areas used for post-press, packaging design and dispatch at Lux Upak are all equipped with the latest technologies. The production facilities are constantly being adapted to cater to new trends in the packaging industry. One of the company’s guiding principles is to promise customers reliability, individual support, short production times and end-to-end quality assurance at the highest level.