The project has now been completed, with around 180 tonnes of plastics removed for reprocessing by Plaswood, a brand of Berry Global, into recycled plastic lumber 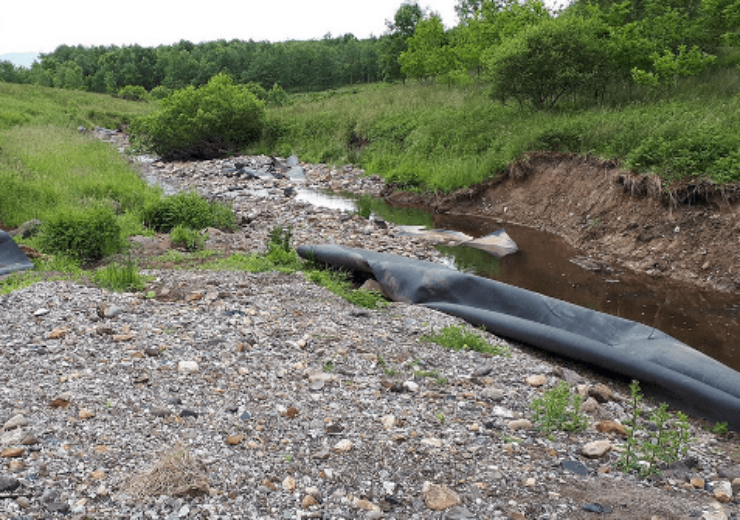 The plastic removed from the river has been sent to Plaswood’s recycling plant in Dumfries for shredding, cleaning and remanufacture. (Credit: Berry Global Inc)

Visitors to the River Keekle near Whitehaven in Cumbria will once again be able to enjoy the river in its natural state, taking in the view from Plaswood picnic benches, which have been manufactured out of recycled plastic recovered from the removal of a 2.5 kilometre plastic liner from the river.

West Cumbria Rivers Trust’s £1.5 million project to remove the liner and restore the riverbed is thought to be the largest river restoration of its kind in the UK. The restored river will provide habitat for a range of freshwater wildlife.

The project has now been completed, with around 180 tonnes of plastics removed for reprocessing by Plaswood, a brand of Berry Global, into recycled plastic lumber. From this, the company manufactures a wide range of products including outdoor fencing, furniture, decking and containers.

Plaswood had already donated a picnic bench to the Trust following the completion of the first stage of the project and is now supplying further furniture pieces.

Katherine Lorek-Wallace, General Manager at Plaswood, commented: “We are delighted to have been involved in this important initiative. Although the liner was causing problems for the river, the plastic itself is still a valuable resource. By recycling it into useful products that can themselves be recycled after use, we are following circular economy principles and contributing further to the environmental benefits of the project.”

Luke Bryant, Project Manager at West Cumbria Rivers Trust, said: “The river is looking fantastic. We’ve had several high rainfall events causing very high flows to cascade down the newly restored river. The new features have coped brilliantly, which is testament to the team’s design and implementation of the project.
“The site is also recovering quickly – we’re seeing vegetation growing back nicely on the riverbanks. We’re really looking forward to future surveys where we’ll be able to assess the number of fish in the river.”

The plastic removed from the river has been sent to Plaswood’s recycling plant in Dumfries for shredding, cleaning and remanufacture, a process that also diverts waste from landfill.

“This project has ideally demonstrated the benefits of plastics recycling and how the material still has an important role to place in the greener world we are all seeking,” concluded Katherine Lorek-Wallace.