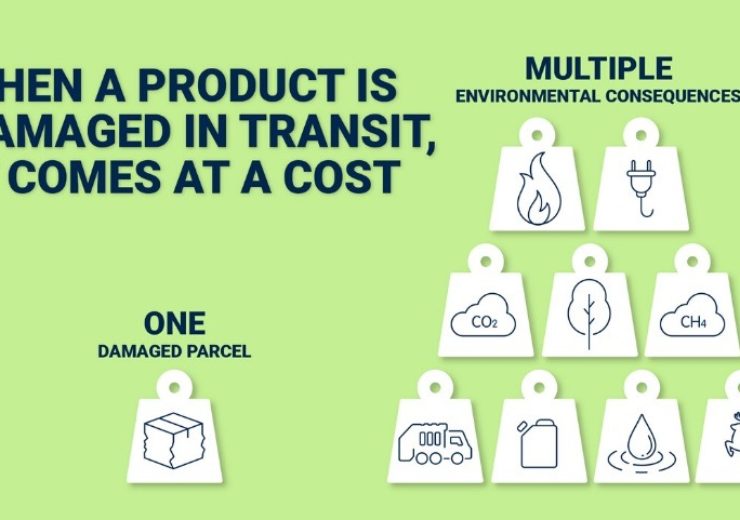 For years, Pregis has been able to help companies quantify the cost of damage to their bottom line, but now the company has taken that a step further by developing EcoGauge, a proprietary calculator that quantifies the environmental impact. Pregis dedicated significant resources to make sure that the inputs it was using the quantify impact were accurate. Several key metrics, including the annual number of shipments, average individual weight and damage percentage are used to determine environmental impact (electricity, forestry, natural gas, gasoline, solid waste, CO2, methane and habitat loss).

“Traditionally, the environmental focus has been on material selection and recycling. While those are very important considerations, equally as important is the environmental impact of goods received by consumers in a damaged, unusable condition. We estimate that these goods—due to incorrect material/structure choices and packing methods—account for more than 5 billion pounds entering North American landfills, annually. We estimate a similar impact in Europe. Many times, this is the result of the economic cost to return items that may or may not be able to be repaired, so consumers frequently dispose of them,” said Clint Smith, director of sustainable packaging, Pregis.

After the product is scrapped (either by the consumer or by the supplier), there are replacement manufacturing costs, and related energy usage required to produce those goods, as well as shipping considerations. Packaging components also must be duplicated, as well as a second parcel delivery. All these factors have a significant impact. Lastly, there is the negative customer lifetime value impact of a damaged product shipment.

“Using the EcoGauge, we helped a company with 5% damage rate quantify its damage impact. We determined that those damages created a yearly waste equivalent of 19 households, used four months of typical residential electricity usage, released CO2 emissions equal to 20 cars on the road for one year and consumed 22 weeks of semi-truck fuel usage. We were able to implement a solution that reduced damage by 60%, which communicated to internal and external stakeholders that the environmental footprint was improved, ” said Smith. “We encourage all companies who are interested in being good global stewards to not overlook the impact damaged products have on the environment.”