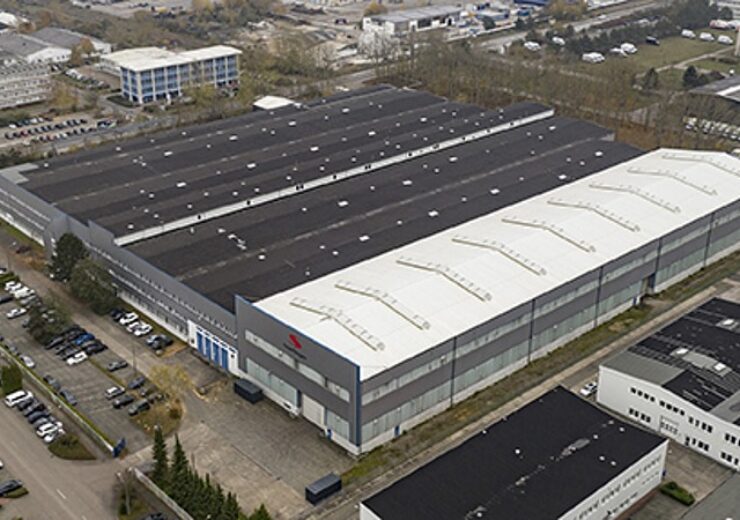 Starlinger has been producing plastics recycling systems from the recoSTAR PET series at its new site in Schwerin, Germany, since the end of August 2020.

“In the past two years, our division Starlinger recycling technology has seen strong demand for recycling systems. This field of activity with an annual turnover of 130 million Euros constitutes an important mainstay for the future of Starlinger – a mainstay that we intend to build on. With this in mind, we decided to expand our production capacity by opening a new factory,” explains Angelika Huemer, CEO and Managing Partner of Starlinger & Co. GmbH. Why a production site in Germany? “We had to act quickly to meet the demand. So it stood to reason that we should make use of existing buildings that we could adapt quickly. uniROTA Maplan Schwerin GmbH, a company affiliated with the Starlinger Group, had unused production halls available. These have now been converted to enable us to manufacture our PET recycling systems,” says Huemer. The specialist personnel required for the technically complex assembly work were recruited from the Schwerin area and were trained in Austria. On a total of 11,000 m² of floor space the largest PET processing systems sold by Starlinger recycling technology are assembled – they can reach output rates of up to 3.6 tonnes per hour. The first two systems manufactured at the Schwerin site will be delivered already end of December 2020.

“Particularly in the field of PET recycling we have experienced significant growth since 2018”, says Paul Niedl, Head of Sales of the division Starlinger recycling technology. On the one hand, this is due to the stricter guidelines for plastic packaging and higher recycling rates set by individual states and unions of states such as the EU; on the other hand, national and international brand companies such as Coca-Cola are important driving forces. “These brand owners – in Austria the mineral water bottler Vöslauer, for example – are rigorously implementing their sustainability strategy and thus creating a market for recycled PET,” says Paul Niedl. “We already have close to 80 PET bottle-to-bottle recycling plants in operation at customers’ sites around the world, 12 of them in Germany, Austria and Switzerland alone.” As far as other plastics are concerned, Angelika Huemer and Paul Niedl see an urgent need for action: “There is a lack of incentives for companies and, above all, concrete specifications from politicians and legislators about how to establish the sustainable use and reuse of plastics in both an economic and social sense. The media plays an important role, too, in this. We need binding regulations, and the implementation of such regulations needs to be monitored”, adds Huemer, in conclusion.