Staying one step ahead of the AR curve 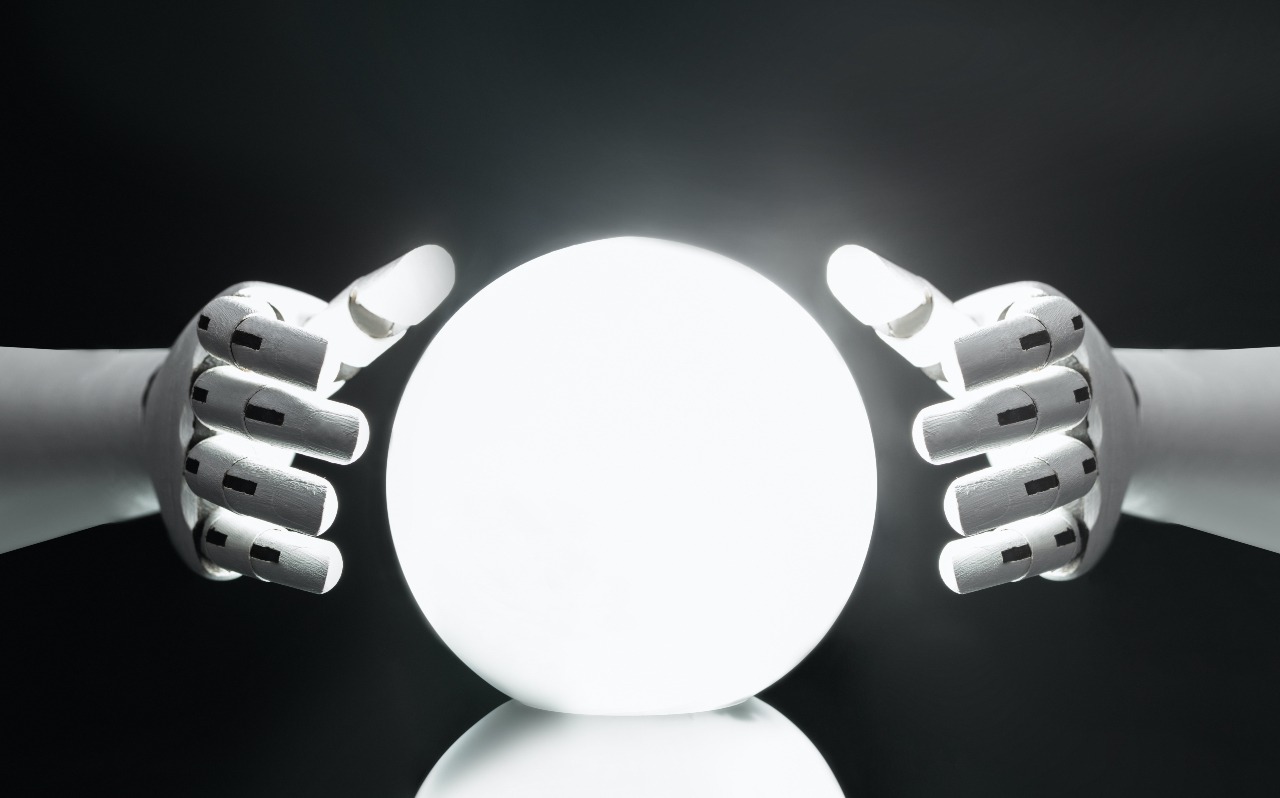 HighRadius works to understand the future of fintech. (Credit: Andrey_Popov/Shutterstock)

Through AI, automation and data science, HighRadius is helping clients to move to a world where manual accounts receivable processes are a thing of the past. Chief product officer, Sayid Shabeer guides us through the company’s journey of innovation.

HighRadius is a fast-growing technology company with a tight focus on the order-to-cash (O2C) process and a constant hunger for innovation. Since it was launched ten years ago, it has been driven by the vision of its founder, Sashi Narahari, to look to the horizon and solve problems before they arise.

Everything about the company’s approach to O2C automation stems from a desire to understand the future of the finance function, and help it prepare in advance by continuing to leverage the latest technological developments.

“The way we think about technology at HighRadius is to try to envisage the challenges that the CFO will face five or ten years from now and to think about what we can build now that will address those challenges,” says Sayid Shabeer, chief product officer at HighRadius.

The company’s rapid growth is testament to its success in predicting the future of software-as-a-service (Saas) in O2C and treasury markets. It recently secured $300m in Series C funding, valuing the company at $3.1bn, making it a unicorn in the fintech market.

It has built its market presence by leveraging cutting-edge technologies, including artificial intelligence (AI) and machine learning (ML), to help enterprises redefine integrated receivables into a strategic advantage.

“That forward-looking approach has been true throughout our history as a company,” adds Shabeer.

“In 2010, our CEO took a big bet that, instead of building on SAP, we would be in the cloud where we could provide a central point that would be accessible from everywhere. Now, everyone takes the cloud for granted.”

Ahead of the curve

Shabeer, who joined HighRadius in 2018, has built a career helping customers navigate the ever-changing fintech landscape, evolving products through foundational changes in B2B payments, AI and data science. Now, he is a driving force in the transition to a world where only 20% of payments are paper-based or manually processed.

HighRadius helps its customers to more accurately and efficiently forecast and manage cash, get paid faster, and improve key metrics like days sales outstanding (DSO), as well as improve working capital availability. Its ability to do so is based on its early use of key technologies, some of which have since become commonplace.

“The cloud is familiar to everyone now, so is SaaS,” explains Shabeer. “Companies no longer have to host or maintain new applications. With AI, there is still a lot of hype and people feel they should use it, but at HighRadius there is always a strong business case. It always solves a problem or improves efficiency.”

HighRadius takes the strain of AI development, rather than leaving clients to develop their own models. The latest version of its solution uses the Rivana Artificial Intelligence Engine, which enables teams to leverage machine learning to predict future outcomes and automate the more routine, labour-intensive tasks.

“We build the AI models specific to our clients’ needs,” Shabeer says. “The solution can be used straight out of the box, so companies can buy tailored functionality rather than building their own AI models, as is often the case.”

“A key part of the O2C process is getting information from clients and partners, including confirmation of the delivery of goods by logistics providers.”

The company was similarly ahead of the curve in the use of robotic process automation (RPA), a software technology that facilitates the building, deployment, and management of software robots that emulate human actions.

“We were doing RPA before RPA was widely understood,” notes Shabeer. “A key part of the O2C process is getting information from clients and partners, including confirmation of the delivery of goods by logistics providers. Proof of delivery automation was our very first product, and that was done using RPA.”

RPA is an enabling technology that brings in data from third-party systems, such as proof of delivery, which can then be married with other information sources and value predictions.

More important to the value proposition, however, is AI, which is used to match key data points, such as payment data, remittance data and open invoices throughout the ERP system.

“The same kind of thinking is true of our approach to AI, which we were using in cash application before AI was a sexy topic and had so much hype around it,” Shabeer adds. “Those data streams had to be reconciled by automation, but we found that traditional methods could only go 50% of the way.

We wanted to go 80% of the way using automation, so we turned to AI to correctly tag the documents.” Back in 2013, when HighRadius was first looking at cash application in the O2C space, machine learning (ML) got the solution to that 80% threshold.

Now, its solution exceeds that performance in reconciliation automation straight out of the box. “AI and ML look at a host of data points to ensure that they match and, ultimately, reduce revenue leakage,” says Shabeer.

HighRadius has built a large roster of clients, including global household names and smaller enterprises in key industries. These include consumer products, manufacturing, distribution and energy, though its potential applications are not limited to any particular industry.

Regardless of what ERP, accounts receivable or treasury management system a company is using, its suite of products will be able to automate manually-intensive tasks, streamline communication, and allow process standardisation to drive best practices.

Key metrics like DSO can be radically improved, as can working capital availability and the accuracy of cash forecasting. HighRadius can automate and constantly update data sets – with updates performed every day rather than weekly or monthly – and APIs can draw in the data from multiple sources within an organisation.

With HighRadius ‘dotONE Performance’, meanwhile, the finance team gets real-time visibility into receivables potential from an intuitive interface.

“One of the main reasons we have leapfrogged older companies is our huge focus on research and development,” says Shabeer. “We have a unique business model that invests heavily in people as well as technology, which leads to innovation, and we are therefore firmly focused on the future needs and role of the CFO.”

Hence the development of autonomous receivables, which leverages the Freeda Virtual Assistant for credit-to-cash.

Sitting at the core of the integrated receivables platform and treasury management applications, Freeda is an AI-enabled tool that can answer questions and assist with workflow; just as a knowledgeable colleague would.

Using natural language processing, it can recognise spoken commands and the content of customer calls.

“Our goal is to deliver better decision support to users of the solution, so we automate whatever can be automated. In the areas where humans are needed, we provide the tools to help them make better decisions,” says Shabeer.

“Autonomous receivables will show why a person is on the call list for the day, and Freeda can call the client through the system, transcribe each call and mark key events, such as the promise that a payment will be made at a certain date.”

Power to the people

HighRadius solutions rely heavily on sophisticated technology, but that technology is put to work to empower people within an organisation.

Indeed, the company believes that the three pillars of success are people, process and technology.

“The aim is to enable people to add value, which they can do when they are supported in making better, faster decisions,” continues Shabeer.

“Human intervention is a key part of the process. Clearly, AI and ML will be key to technological aspects of decision support, but so will RPA to enable the automation of many manual tasks.”

The next step in its journey of innovation proves this point. The company is developing an AI-powered solution to bring the value of business users’ expertise into the ERP platform. It can then benefit decision-making processes across the organisation.

“Excel is the number one piece of software in the office, which gives a lot of freedom for people to do analysis offline, where it is hard to monitor,” says Shabeer.

“The question is how you bring out the value of the analysis by enabling online analysis for business users. People can do their own analytics but put it onto the cloud to bring it into the system.”

Yet to be named and due for release later in 2021, the solution is based on the fundamental concept of supporting better decision-making and analysis. “We are bringing the Excel world into the cloud,” says Shabeer.

“Analytics are infused into day-to-day work patterns rather than being stand-alone reports that are rarely consulted. The value of a user’s analytics and AI predictions is fully brought out.”

Shabeer has a natural humility but cannot avoid the fact that HighRadius is two or three years ahead of its competitors. That should be music to the ears of CFOs.