The new rules proposed by the Welsh government would see certain single-use plastic items, such as cotton buds, beverage stirrers and straws, banned in the country 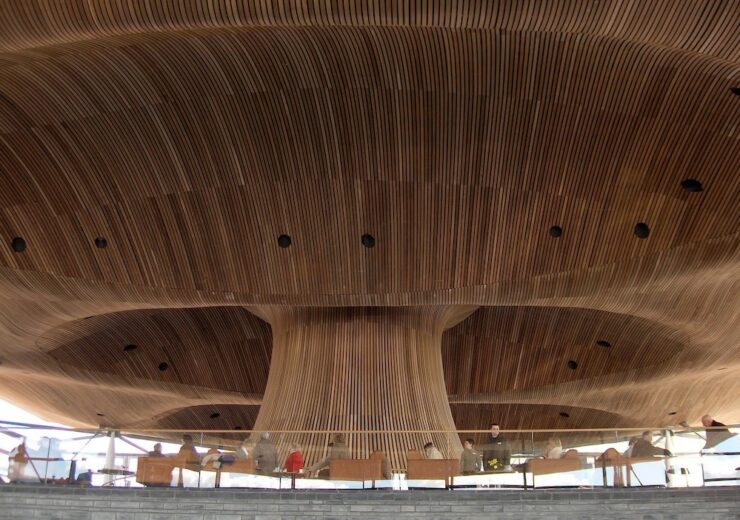 The Welsh government has launched a consultation into proposed new rules designed to lessen the impact of single-use plastic.

Outlined back in March, the rules would see a range of single-use, hard-to-recycle and commonly littered plastic items banned.

These would include the likes of straws, cotton buds, and polystyrene food and drink containers.

Deputy minister for housing and local government Hannah Blythyn said she wanted to hear from the people of Wales on how the country can be at the forefront of the global drive to tackle the plastic waste problem.

Announcing the consultation’s launch ahead of a beach clean in Anglesey, she explained: “Plastic pollution and the impact it has on our environment is regularly highlighted in the media, online and in conversations I have every day with people across Wales.

“It blights our communities and has a devastating impact on our wildlife.

“As plastic-free July comes to an end and Wales emerges from lockdown, I want to hear from communities all over Wales on how we can work together to tackle litter and reduce our reliance on single plastics.

“The consultation I am launching today is an important step towards this ambition and the proposals it sets out will play an important part in our green recovery.

“Communities have led the way when it comes to reducing plastic waste.

“I hope the people of Wales will now take the opportunity to respond to this consultation and help us move forward on our journey towards a litter-free Wales.”

This action is part of wider efforts taken to tackle plastic pollution, reduce litter, and help move the country towards a circular economy — a system where products are designed to be reused or recycled.

According to the Welsh government, single-use plastic waste makes up a significant proportion of litter found in streets, parks, and beaches —  however, local communities have been making efforts to become plastic-free.

Businesses have also responded to consumer demand for more sustainable products, and the proposals seek to accelerate this shift.

The Welsh government says the new proposals will build on these efforts by removing highly littered plastics from the supply chain, and therefore the environment.

“The damage caused by plastics is far-reaching and we are eager to see a drive towards reusable alternatives across society.

“We have seen some big changes in plastic consumption and recognise the work being done by a number of major Welsh businesses and organisations to reduce the plastic that they use and include in their products, but there is still a long way to go.

“This consultation marks the next phase of an ongoing journey which we hope will lead to a series of bold policy actions by the government to reduce plastic at source.”

What are the single-use plastic rules proposed by the Welsh government?

As part of its plans, the Welsh government is looking to introduce legislation banning businesses from providing single-use plastic items to end-users in Wales — irrespective of whether they intend to charge for them or not.

These items align with those in the European Union’s Single-Use Plastic Directive, which are:

The Welsh government believes the ban, which it’s aiming to bring into force in autumn 2021, will accelerate the shift away from these problematic single-use plastic items.

It also says it will encourage businesses to move towards making more reusable and easily recyclable — as well as less environmentally harmful — alternatives.

The consultation is made up of 12 questions, the first of which simply asks whether someone supports the proposal to ban each of the items listed.

To help with the consultation, the Welsh government commissioned research to understand the potential impacts of introducing such a ban.

Conducted in 2019, the survey estimated volumes of each product being sold and examined the cost of non-plastic alternatives — using this information to predict the potential economic impacts of the proposals on manufacturers and businesses in Wales.

It concluded there were potential financial costs for plastics manufacturers if they chose to produce the same products with different materials, as well as a small cost to the hospitality sector when purchasing non-plastic alternative stock.

To counter this, researchers suggested that consumers may be required to pay a small premium for some food or drink products consumed “on-the-go”.

The study did, however, find that the wider environmental and social benefits from reduced littering would outweigh these small costs.

Based on this information, the second question of the consultation asks whether or not the potential environmental and social impact of the proposals will outweigh the effect on people in Wales.

The commissioned research identified a limited number of businesses manufacturing at-risk products in Wales — although an impact assessment of the report acknowledged the findings may be limited by the data gathered during the study period.

It did also find that the potential economic benefits for Wales with increases in the sale of alternative products, especially if Welsh manufacturers responded to the demand for these items.

The study also examined the environmental impacts of switching to reusable products, looking at the availability of reusable products consumers would carry with them — such as reusable cups or bamboo cutlery.

The research concluded that, environmentally, where it’s possible to use them, reusables are preferable to single-use products of any material.

The study was undertaken before the pandemic, which could have resulted in a changing picture for single-use plastics.

As a result, the consultation is seeking views on whether or not Covid-19 has resulted in changes to the market that are currently not accounted for in the research.

Questions six and seven explicitly focuses on the exemption rules in place to avoid a disproportionate impact of single-use plastic bans — namely whether or not people agree with the exemptions and if others should be considered.

The Welsh government says it would consider an exemption from the proposed bans if a specified group of individuals find non-plastic alternatives are impracticable.

This could also apply in a setting or application where established alternatives may be unsuited, and where there’s no other reasonable solution that can be applied.

Based on research, it also believes there’s merit in providing an exemption when single-use plastic straws are used in a care setting, such as a hospital or care home, because of the particular vulnerabilities of people in those settings.

Furthermore, the Welsh government says exemptions should be in place for those with a disability.

It’s also looking for feedback on whether or not the proposals provide sufficient time for businesses to adapt.

Questions nine and 10 focus on enforcement.

These ask whether civil sanctions — which will allow the regulator to use enforcement notices and variable monetary penalties — should be used, and if people agree that local authorities should enforce the bans.

As part of this and in the first instance, the Welsh government is keen on enforcing-authorities and businesses impacted by bans to work together to resolve any issues voluntarily wherever possible.

The final two questions are based upon any further developments that could be made to the proposed legislation.

Question 11 focuses specifically upon wet wipes, asking whether they should be included in future proposals for further bans or other measures that could be introduced to address them.

This product was highlighted as part of its second phase of work, because it’s well known large numbers of the item enter sewerage systems, often creating problems with blockages and potential flood risks.

The final question seeks an opinion as to whether any other items should be included in future proposals to tackle single-use plastics.

Responses to the consultation must be submitted by 22 October 2020.