Waterborne: The future of coating in the can industry?

Waterborne coating systems offer manufacturing a more sustainable alternative to solvent-borne products, which means a cut in harmful emissions through gases and vapours 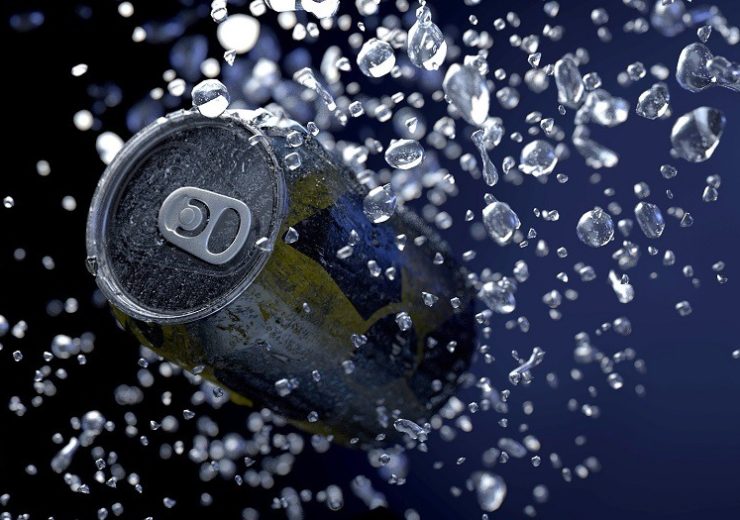 It's estimated between 80% and 90% of can manufacturers use solvent-borne coating to varnish their products (Credit: Pixabay)

Solvent-borne has led the way when it comes to industrial coating, with its fastness in manufacturing, speed in drying and capability of working in highly demanding conditions resulting in an estimated 80% to 90% of can packaging factories using the product to varnish products.

Waterborne, however, has started to become more popular for businesses due to it being more sustainable, which, in turn, makes it easier for firms to manage.

One of the first industries to adopt it as a coating solution was automotive manufacturing — using it as finishing coats for vehicles.

Japanese car manufacturer Toyota was one of the first to enter with market, setting out strict rules in the development of waterborne cars in the late 1980s, with it gradually introducing it to its paints line from 1989 to 2005.

Here, we look at why solvent-borne coating has an environmental impact, what waterborne is and what are the potential pitfalls when it comes to its introduction.

Why is solvent-borne coating such a problem?

One of the main problems is due to health and environmental concerns surrounding solvent-borne coating systems. These contain around 55% to 60% solvent, which emits harmful Volatile Organic Compounds (VOCs).

VOCs are compounds that easily become vapours or gases and can be released by burning fuels such as gasoline, wood, coal, and natural gas. Other products that emit them include the likes of air fresheners, adhesives and glues.

Extreme exposure to these chemicals pose risks to health.

According to the EPA, it can cause eye, nose and throat irritation as well as frequent headaches, nausea and damage to the liver and kidney.

It’s also one the primary precursors to the formation of ground-level ozone and the particulate matter that makes up the main ingredients for smog.

Most western countries currently have regulations putting limits on the amount of VOCs that can be emitted by products.

In 2004, the EU laid down regulations on how many grams or litres of VOC can be produced per product, with the likes of multi-coloured coating currently limited to 100g/l per item produced.

Switzerland currently has a tax levy on manufacturers, importers and wholesalers of both solvents and VOC-containing products. This costs businesses three francs ($3) per kilogramme.

What is a waterborne coating solution?

The main motivation behind the development of waterborne coatings was one of environmental concerns, with it successfully lowering harmful VOCs in manufacturing.

In essence, waterborne coating uses water as a solvent, which allows the chemical to be more eco-friendly than VOC counterparts. They are currently in use with items as diverse as automobiles, concrete and printing inks.

Olivier Magnin, technical director of industrial coating in Europe, the Middle-East and Asia for US paints, coatings and specialty materials company PPG, says: “When solvent-borne is used for varnishing a can, it produces around 55% to 60% solvent content, with waterborne it brings it down to 14%, a major reduction.

Another enhancement waterborne brings is due to the waste product the coating technique produces.

Magnin says: “When curing my varnish while using solvent-borne, there is a lot of solvent flying off the can that I cannot release into the atmosphere.

“This means I need to take this waste product and either burn or recycle it, a process which is both expensive and dangerous.

“Unlike this, with waterborne you have water, so the waste product it produces is moisture, which means the can just needs drying.”

German body-care company NIVEA has already started to use waterborne finishing for some of its cans of deodorant.

Problems needed to be overcome with waterborne varnishing

With no need to manage any dangerous debris coming off the cans during the varnishing process and no taxes associated with its use, the costs of using waterborne coating are significantly reduced.

However, manufacturers still have some issues to overcome when it comes to the use of this solution.

“When we are talking about varnishing the cans, solvent-borne offers a productivity of up to 3,000 products a minute or 50 a second,” explains Magnin.

“Waterborne does not bring the same performance level, and still today when we talk about very demanding applications, solvent-borne remains so far unmatched.”

Currently, the biggest calculation most manufacturers have to make is whether or not the cost of management of the solvent-borne waste outweighs the losses made due to waterborne’s slower varnishing speed.

In order to see a shift, Magnin says: “You need a trigger, and the trigger has been for companies already growing, thinking about what they need to do for the new line, and for those scenarios waterborne is key.

“They only thing the brand owner wants is the same look, the same chemical resistance to food or perfume or hair product.”

Case Paper buys laminating and coating facility in Indiana, US