The new sustainable tray, which can be fully recycled, is suitable for meat, fish and poultry products 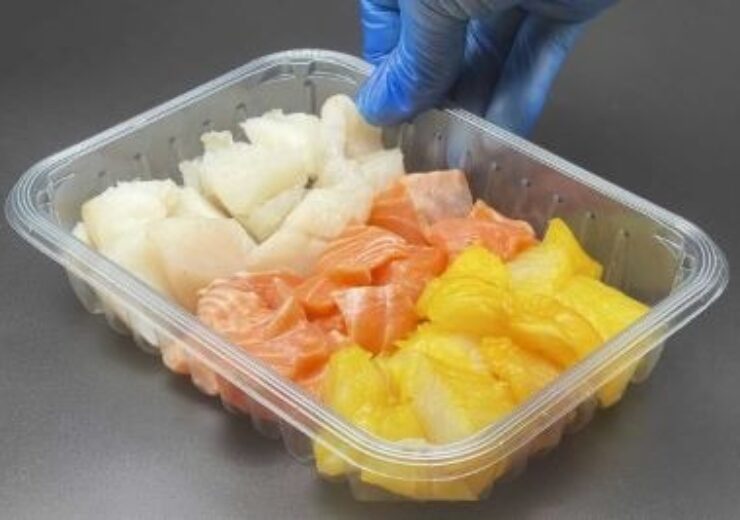 The new sustainable tray, which can be fully recycled, is suitable for meat, fish and poultry products.

Using a series of raised teeth, the Piranha container is sealed. The teeth run around the sealing flange, thereby helping to avoid the application of polyethylene layer or adhesive that are generally used to seal the lid of modified atmosphere packaging (MAP).

The raised teeth help to protect the integrity of the seal even if the flange becomes contaminated by animal fat, which can intrude with closure on traditional packaging for meat, fish and poultry (MFP) products.

Waddington Europe managing director Eduardo Gomes said: “We are always trying to find innovative ways to reduce our carbon footprint and promote circularity, as well as help our customers and their consumers do the same.

“Our packaging development team has really hit the mark with Piranha, enabling us to optimise the use of recycled content and provide a product that’s capable of being easily recycled back into food-grade rPET.”

Piranha forces greasy contaminants into the channels between the raised teeth, helping to make the peaks clear and clean to contact the PET top web.

The top web adheres to the peaks under the same sealing temperatures and dwell time, allowing to create the seal in spite of the presence of contaminants.

In addition, the issue of burst seals due to grease contamination on mono-rPET sealing was minimised to almost zero during filling-line trials of Piranha.

Piranha, which is Plastic Tax compliant in the UK, can also be produced using 100% recycled PET (rPET).