Located at Boffalora Sopra Ticino near Milan, the new advanced site provides more flexibility in production with enhanced capacities and a focus on sustainable operations 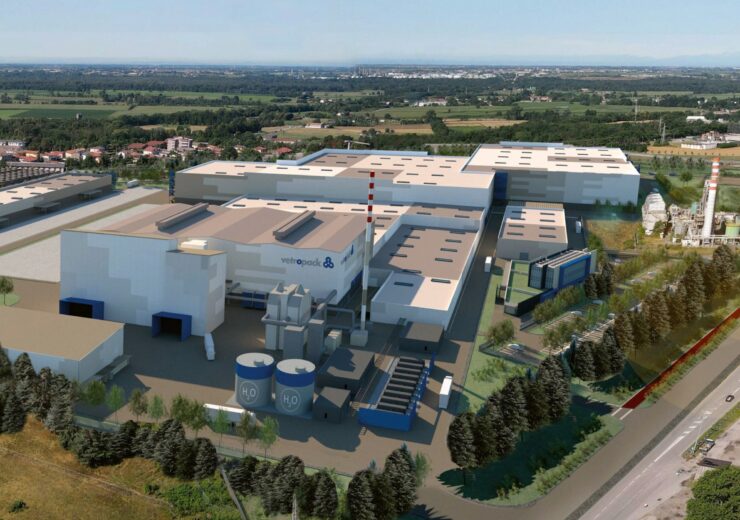 The new plant is expected to start production in the second quarter of 2023. (Credit: Vetropack)

Swiss glass container maker Vetropack Group has announced an investment of more than CHF400m ($418m) to build a new glass plant in Italy.

Located at Boffalora Sopra Ticino near Milan, the new advanced site provides more flexibility in production with enhanced capacities and a focus on sustainable operations.

Vetropack said that the new site aligns with its goals in terms of quality and sustainability in the long term.

The glass plant is located around 25km away from the firm’s already existing site in Trezzano Sul Naviglio. It is expected to start production in the second quarter of 2023.

Vetropack CEO Johann Reiter said: “The Italian market is of great importance to us and, with its many global brands, plays a central role in our strategy.”

The new glass facility is being constructed on the site of the former Reno di Medici paper mill on a total area of 347,000m², of which 170,000m² will be dedicated to the actual production facilities.

Similar to the old facility, two furnaces will be turned on initially. However, the business anticipates an increase in production capacity of almost 70% compared to the prior location.

The plant is designed towards capacity expansion in the near future. A transfer has been provided to each of the 301 former workers at the location, the firm said.

Vetropack claimed that the plant will incorporate high-performance and advanced technologies for more flexible, customised, and resource-efficient operations.

The new factory is being built using demolition debris from a defunct paper mill that had stood on the same property to reduce potential environmental pollution.

With the aid of recirculation systems, water used for manufacturing and the exhaust heat from the blast furnaces is reused as much as possible, and the most recent filter systems significantly minimise pollution, the company added.

Vetropack project manager Christoph Burgermeister said: “Thanks to modern equipment and processes, we can produce more flexibly and better meet the increasing demand for high-quality packaging, even in smaller volumes – so-called semi-specials.”