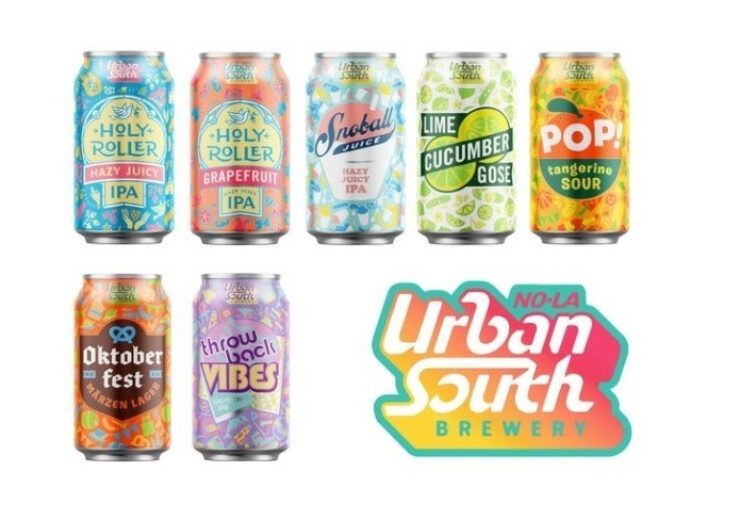 New Orleans-based Urban South Brewery has unveiled new packaging and logo, as part of its efforts to better promote the products.

The local experts from TILT in Louisiana have worked with Urban South Brewery to provide new packaging for the brand.

TILT has taken the support of the Urban South team to create an advanced, modern and distinct brand and packaging strategy.

Urban South Brewery co-founder Jacob Landry said: “We designed our original brand nearly six years ago and our brewery has undergone so many positive changes since that time.

“We’ve introduced a number of new beers to our core lineup, shifted from traditional to more innovative brews, and opened a research and development brewery in Houston.”

Urban South brewing team works to provide all beer varieties, including both year-round and seasonal, to the consumers.

Oktoberfest and Lime Cucumber Gose are currently available in updated packaging, while Holy Roller is expected to be launched in October.

The brewery will release the remaining lineup in its new packaging over the next several months.

The brewery will also make branding updates at the Tchoupitoulas Street taproom in New Orleans, including signage, tap handles and merchandise.

The craft brewery has also opened a new satellite location in Houston this year to celebrate the upcoming fifth anniversary.

Urban South Brewery co-founder Kyle Huling said: “Now is a good time to be proactive about bringing positivity to our lives, and we hope this new look gives consumers something to smile about.

“In Houston, we’ve already seen this in action. Our team there not only develops unique beers for Urban South, they also helped us test the waters on the new logo.  After seeing the Houston community’s positive response, we wanted to share a fresh new look with all of our customers.”