By 2025, the company confirmed it will halve its use of virgin plastic by reducing its use of plastic packaging by more than 100,000 tonnes 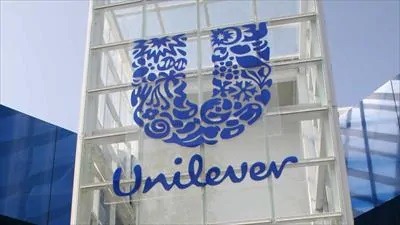 Unilever, owner of brands including Dove, Seventh Generation and Magnum, continues to make progress towards its ambitious commitments for a waste-free world, despite the challenging environment created by Covid-19. Unilever’s commitments remain unchanged and the company has significantly stepped up its use of recycled plastic.

Last year, Unilever became the first major consumer goods company to commit to an absolute plastic reduction across its portfolio. By 2025, the company confirmed it will halve its use of virgin plastic by reducing its use of plastic packaging by more than 100,000 tonnes and accelerating its use of recycled plastic. One year on, Unilever shares an update on its progress; it has:

Stepped up its use of post-consumer recycled plastic (PCR) to around 75,000 tonnes*, which is over 10% of Unilever’s plastic footprint. A significant increase from 2019, and solid progress towards its goal to use at least 25% PCR by 2025. Unilever expects its use of PCR to double in the next 12 months.

Launched new innovations to reduce its absolute use of plastic, such as recyclable paper-based ice cream tubs which will save about 4,500 tonnes of plastic.

Continued to ‘test, learn and refine’ new business models linked to reusable and refillable packaging, and now has dedicated teams to scale work in this space. Today, Unilever shares its learnings on refill and reuse models.

Developed country-specific roadmaps to achieve its goal to help collect and process more plastic packaging than it sells.

As a result of these actions, Unilever is on track to reduce its use of virgin plastic packaging since it made its new commitments.

Alan Jope, Unilever’s CEO says: “Throwaway culture and throwaway business models continue to dominate our lives and damage our planet. Despite challenging conditions, we must not turn our backs on plastic pollution. It is crucial that we – and the rest of the industry – stay the course, cut the amount of plastic we use, and rapidly transition to a circular economy.”

Through ‘Less Plastic’ Unilever has explored new packaging formats, including recyclable Carte d’Or ice cream tubs made from paper, and Comfort expanded its ultra-concentrated fabric conditioner which has a 57% smaller dosage than any other product on the market. It requires less water to produce and needs less packaging, thereby saving resources and waste. In France, Signal has launched a toothbrush with a replaceable head. It uses a metal handle, PCR material in the replaceable heads and reduces virgin plastic by 95%. Love, Beauty and Planet has launched concentrated shampoo and conditioners which provide the same number of uses as a regular sized bottle and use 50% less plastic.

‘Better plastic’ has led to one of the world’s biggest beauty brands, Dove, move to 100% recycled plastic bottles where technically feasible in North America and Europe. Other brands which use 100% recycled plastic include: Hellmann’s recycled plastic jars and bottles in North America, pioneer sweet soy sauce Bango in Indonesia, and Sunlight Dishwashing Liquid in South Africa, Italy, Argentina, Indonesia, Vietnam and Thailand. In Germany, Seventh Generation has launched bottles made from locally-sourced recycled plastic from Hamburg, where they are sold. In addition, Magnum will roll out 7 million ice-cream tubs made with food grade recycled plastic. OMO (Persil) is re-launching its liquid detergent with changes to its packaging and formulation to significantly reduce the environmental impact of the product. The new bottle is 100% recyclable, made using 50% recycled plastic. This launch is part of Unilever’s new ‘Clean Future’ commitment to lower the carbon footprint of their cleaning and laundry products.

As part of ‘No Plastic’, Seventh Generation has launched a zero-plastic range and PG Tips will remove the plastic film on boxes in 2021, having already launched fully biodegradable teabags. In Chile, Unilever has partnered with Algramo on an app-powered, intelligent dispensing system which has thrived during lockdown thanks to its tricycle distribution system across Santiago.

Unilever continues to work with many partners to help collect and process plastic packaging, with programmes in multiple countries, including Brazil, India, Indonesia, Philippines, Russia, South Africa, Thailand, United Kingdom and United States. This includes direct investments and partnerships in waste collection and processing, building capacity by buying recycled plastics, and through supporting well-designed extended producer responsibility schemes in which Unilever directly pays for the collection of its packaging.

In India, Unilever has partnered with the United Nations Development Programme to protect the livelihoods of informal waste collectors, and to help segregate, collect and recycle packaging. The partnership has reached over 33,000 households and collected 2,500 tonnes of plastic waste. The project will be scaled to include more households in the coming years.

In Indonesia, Unilever has already helped communities in 18 cities develop systems where they can collect and sell waste. Unilever is using ‘Google My Business’, a platform which enables consumers to access the location of nearby waste banks directly on Google Maps. Currently, 424 waste banks are searchable on the digital tool, and the aim is to make 2,000 waste banks available through Google Maps by the end of 2020.

A refill and reuse revolution
As part of today’s update, Unilever shares its learnings on refill and reuse models. Unilever has had success with concentrated refill at home innovations from OMO and Cif. OMO Concentrate became Unilever’s first dilute-at-home laundry detergent. It was launched in Brazil in 2019 and has seen great success, shifting 30% of OMO 3L consumers in Brazil to the refill at home format.

In the 12 months since its UK launch, Cif Ecorefills have saved 171 tonnes of plastic and empowered hundreds of thousands of customers to reuse spray bottles rather than buy new ones.

Unilever continues to experiment in the area of in-store refills, even in a Covid-19 environment and has further pilots planned globally. This month in the UK, Unilever launched its largest in-store refill trial in Europe across some of its laundry, personal care and tea brands.

From the learnings, Unilever favours simple systems that minimise barriers to entry, provide an additional benefit and limit the consumer behaviour shift. To accelerate the transition to a circular economy and further reduce the use of virgin plastic, Unilever now has dedicated teams looking at scaling new business models.

Richard Slater, Unilever’s Chief R&D Officer says: “To tackle the root causes of plastic waste we need to think differently about packaging. We need bold innovations that challenge existing designs, materials and business models. Our priority is to fundamentally rethink our approach to packaging, and pave the way for new solutions such as reusable and refillable formats.

“By adopting a ‘test, learn and refine’ mentality, we’ve developed innovative solutions that will help people cut their use of plastic for good. One product doing just that is our ultra-concentrated formula for OMO which is diluted at home and uses 72% less plastic. After a successful launch in Brazil, we’re now rolling this out in other countries across Latin America, Europe and the Middle East. Similarly, our Cif Ecorefill started out as a pilot in the UK and has since been rolled out across Europe, Canada and Australia.

“It’s still early days. But by making refill and reuse formats more widely available, accessible, and affordable, we hope to use our scale and reach to drive lasting change.”

Mondelez commits to an increase in virgin plastic packaging reduction