Companies including Amcor, Danone, PepsiCo, and The Coca-Cola Company are among those calling for a UN treaty on plastic pollution 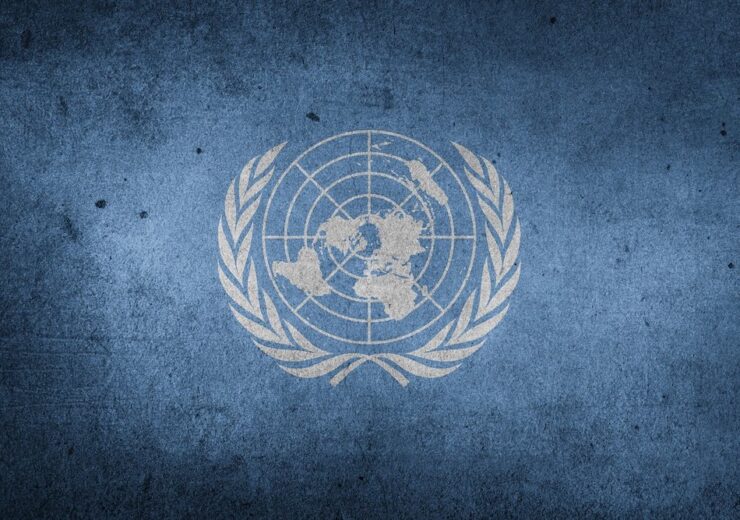 A resolution to start negotiations on plastics is expected to be tabled at the upcoming 5th Session of the United Nations Environmental Assembly in February 2021 (Credit: Pixabay)

NGOs and businesses from across the world have called on the UN for a treaty on plastic pollution.

The call being led by the Ellen MacArthur Foundation, the World Wide Fund for Nature (WWF) and the Boston Consulting Group (BCG) is due to what they believe is the need to accelerate progress towards a circular economy for plastic.

They also say it would set a common structure, as well as clear direction and conditions, for this, giving governments and businesses the impetus to move forward more decisively.

The NGOs and businesses are calling for a global agreement setting out goals and binding targets, alongside national action plans, and consistent measurement in order to harmonise policy efforts, enhance investment planning, stimulate innovation and coordinate infrastructure development.

Dame Ellen MacArthur, founder and chairwoman of the Ellen MacArthur Foundation, said: “We have seen important steps taken by businesses and governments in addressing plastic pollution over recent years.

“More than 500 organisations have signed the New Plastics Economy Global Commitment, setting clear targets to achieve a circular economy for plastic in which it never becomes waste or pollution.

“But voluntary initiatives alone are not enough to solve plastic pollution and we believe governments and policymakers have a vital role to play.

“A binding global agreement that builds on the vision of a circular economy for plastic can ensure a unified international response to plastic pollution that matches the scale of the problem.”

The call comes alongside a report launched by the WWF, the Ellen MacArthur Foundation and BCG.

Titled The Business Case for a UN Treaty on Plastic Pollution, it reveals that a new international treaty on plastic pollution will benefit both the environment and business, and would complement existing initiatives.

The report also shows that despite a doubling of voluntary initiatives and national regulations over the last five years, plastic waste continues to leak into the environment at alarming rates – finding that more than 11 million tonnes of plastic flow into the oceans each year.

It further sets out the opportunity for a new global UN treaty on plastic pollution to significantly accelerate progress towards a circular economy for plastics.

The establishment of a common structure would set clear direction and conditions, giving governments and businesses the impetus to decisively move forward.

About 30 major global companies – including Amcor, Danone, PepsiCo, Tesco, The Coca-Cola Company and Unilever – have backed the call through a business manifesto calling for a UN treaty.

This manifesto urges governments to negotiate and agree on a new global agreement on plastic pollution, saying “there is no time to waste”.

This is the first collective corporate action calling on governments to adopt a treaty on plastic pollution.

WWF International’s head of market practices Cristianne Close said:  “Over the last few years we have seen growing public demand for action on plastic pollution, with some governments and industries starting to implement voluntary measures on this issue, but this needs better coordination, and the international impetus and recognition that a global treaty would generate.

“While companies have a clear responsibility to address plastic pollution within their own supply chains, wider systemic change is vital.

“The plastic pollution crisis was created in a single lifetime and can be ended in a single decade. But only if we act now, together.”

A resolution to start negotiations on such a treaty is expected to be tabled at the upcoming 5th Session of the United Nations Environmental Assembly, scheduled for February 2021.

In response to the report, Greenpeace UK plastics campaigner Nina Schrank believes that an international and legally binding agreement to the plastic problem “should prompt retailers to innovate, remove plastic packaging and shift to reuse and refill systems”.

She added: “But UK supermarkets and ministers can’t sit back and wait for these discussions to start in 2021.

“By insisting on a 50% reduction by 2025, the government could make strides on reduction.

“The long-overdue UK-wide deposit return scheme for bottles and cans needs to be rolled out, and ministers need to incentivise a huge shift towards reuse.

“If they’re serious, they must follow up with a statement showing how they plan to phase out throwaway packaging on a global scale.”