The UK was the second country in the world to implement standardised packaging for cigarettes, following Australia's introduction of the rules in 2012 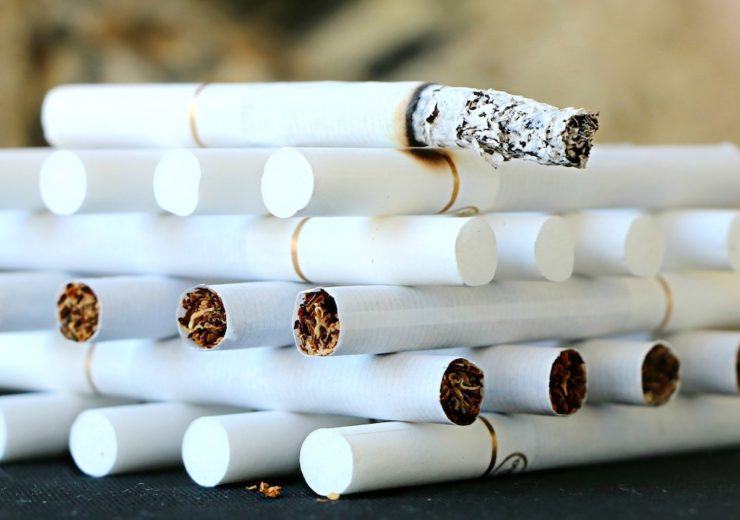 Since standardised packaging was introduced to the UK, tobacco sales have dropped by 20 million a month (Credit: Pixabay)

Cigarette sales in the UK declined after the introduction of standardised packaging rules and stricter taxation measures on cheaper cigarettes, according to a new study.

Analysing sales data over three years between May 2015 and April 2018, researchers from the University of Bath’s Tobacco Control Research Group found that pre-legislation sales of cigarettes declined on average by 12 million a month.

After the legislation, this decrease accelerated sharply to 20 million a month.

The team behind the new study suggest their findings demonstrate the public health benefits that taxation and standardised packaging bring, and hope it can provide important evidence to policymakers around the world as to the effectiveness of these rules.

Professor Anna Gilmore, the principal investigator and director of the Tobacco Control Research Group, explained: “The combination of tax increases and standardised packaging has led to a significant decline in tobacco sales.

“The underlying rate of decline in tobacco sales almost doubled after these policies were implemented.”

Prof Gilmore said: “Governments around the world considering plain packaging can be reassured that this policy works and that the real reason the industry opposes this legislation so vehemently is because it threatens its profitability.

“With coronavirus already posing a threat to tobacco company sales, and plain packaging of tobacco taking off in other jurisdictions, our findings are more bad news for tobacco companies.”

The UK was the second country in the world to implement standardised packaging for cigarettes, following Australia’s lead in 2012.

The nation was also the first to have comprehensive sales data available to analyse the impact.

When the standardised packaging was fully implemented in May 2017, a new Minimum Excise Tax (MET) on cheaper cigarettes was also brought in.

Previous research from the Tobacco Control Research Group found that around the same time the cheapest cigarette brands’ prices increased, with the tobacco industry adjusting to deal with the incoming MET rules.

The group’s latest analysis suggests that as the cheapest brands increased in price, they became less appealing and sales growth ended.

“For many years, the tobacco industry had used packaging to signal the difference between premium and cheap cigarette brands, with smokers often willing to pay markedly more for premium brands.

“This allowed the tobacco industry to make enough profit on premium brands to subsidise its cheap brands, keeping them cheap enough for young people to afford to start smoking and to prevent price-conscious smokers from being incentivised to quit.

“Standardised packaging has weakened the appeal of premium brands, on which the tobacco companies made more profits, and the MET has forced cheap brands to become more expensive.

“This implies that the legislation should play a role in reducing the prevalence of smoking and its consequences.”

Findings from the study did suggest that – due in part to tax imbalances between the two products – roll-your-own (RYO) tobacco sales have been steadily growing, though not enough to compensate for the decline in cigarette sales.

“These are just as deadly as factory-made cigarettes but are currently taxed at a significantly lower rate.

“There is no evidence that the resulting higher prices would cause RYO smokers to turn to illicit products.”

This latest piece of research from the University of Bath’s Tobacco Control Research Group was funded by charities Cancer Research UK and the British Heart Foundation.

Cancer Research UK’s policy advisor Sarah Bullock said: “Smoking continues to be the leading preventable cause of cancer in the world.

“This study suggests that increasing tobacco taxes and introducing standardised ‘plain’ packaging has helped to reduce the number of cigarettes smoked in the UK.

“Measures like these, which reduce the use of this deadly product and ultimately save lives, should be a priority for all governments.”

Pasaban focuses on upgrades of paper and cardboard sheeters and winders