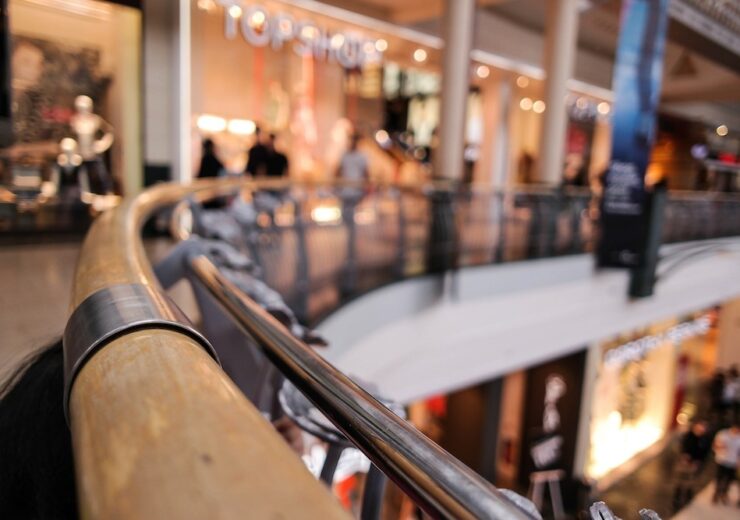 The UK government has announced that its single-use carrier bag charge will apply to all businesses in England supplying goods from April 2021 (Credit: Pixabay)

The UK government’s decision to double the single-use carrier bag charge is a “small step in the right in the right direction” but falls short of the “great strides” that should have taken place by now, according to an environmental charity.

Yesterday saw the Department for Environment, Food, and Rural Affairs (Defra) announce it would increase the minimum charge for single-use plastic bags from 5p to 10p in England.

Coming into force in April 2021, it will also see the charge applied to all businesses that supply goods in England.

It follows a three-month consultation into the proposal that ran between 2018 and 2019 and received 583 responses.

Greenpeace UK political campaigner Sam Chetan-Welsh says that, while the move is positive, it fails to address wider issues.

He said: “By raising the price of plastic bags again the government is taking a small step in the right direction, but by now they should be taking great strides.

“Reinstating the previous price of carrier bags, but not taking action on bags for life, is only looking at one part of the problem.

“And it could be construed as tokenism when there are so many ways ministers know they could be driving fast and substantial reductions on plastic pollution.”

Yesterday’s announcement is part of the UK government’s move to “clamp down” on plastic pollution.

It says it will also take it closer to its ambition to eliminate avoidable plastic waste through its 25 Year Environment Plan and “build back greener” after Covid-19.

Yet, Chetan-Welsh believes the government must go further by setting “legally-binding targets” for retailers to slash single-use plastics by 50% by 2025.

He said: “They should be working quickly to make sure the big-brand plastic producers take responsibility for the disposing of their waste.

“If they’re increasing costs for shoppers, ministers really have no excuse not to increase costs for the companies that are responsible for the escalating volumes of single-use plastic packaging in the first place.”

How effective has the UK government’s single-use plastic bag charge been?

He said: “We have all seen the devastating impact plastic bags have on the oceans and on precious marine wildlife, which is why we are taking bold and ambitious action to tackle this issue head-on.

“The UK is already a world-leader in this global effort, and our carrier bag charge has been hugely successful in taking billions of harmful plastic bags out of circulation.

“But we want to go further by extending this to all retailers so we can continue to cut unnecessary waste and build back greener.

“I hope our pioneering track record on single-use plastics will inspire many more countries to follow suit, so we can take on plastic waste together and implement lasting change.”

“Since the introduction of the 5p carrier bag charge, we’ve seen a more than 60% drop in the number of plastic bags on the UK’s beaches.

“It’s so important we reduce our reliance on single-use items and move to a culture of reuse.

“This increased charge, and extending to all retailers, will help remind people of everyday, simple changes they can make to help the marine environment.”

“They take hundreds of years to degrade and kill animals. This is not a new problem.”

England was the final country in the UK to introduce a plastic carrier bag charge, with Wales the first on 1 October 2011.

In January 2013, Northern Ireland followed by bringing in the 5p charge, with Scotland doing the same about a year later.

Since England introduced the charge, single-use plastic carrier bag sales have dropped by more than 95% in the country’s main retailers — a decrease of more than 7.4 billion bags when compared to 2014.

During this time, all main retailers saw a fall in the sale of single-use plastic carrier bags.

While single-use plastic bag use is declining, there is concern around the growing sales of some retailers’ thicker plastic “bags for life”.

A report by Greenpeace UK and international NGO the Environmental Investigation Agency (EIA) found that in 2019, 10 UK supermarkets representing 94.4% of the grocery retail market reported selling 1.5 billion “bag for life” bags, which was up by about 25% on the previous year based on market share.

Published in November 2019 and titled Checking Out on Plastics II, the 1.5 billion sold represented about 54% per household in the UK, or 22 bags for each man, woman and child in the country.

The figures prompted calls by researchers for the standard price for a “bag for life” to be hiked from 10p to 70p.

To help address the problem, Morrisons is planning to remove all plastic “bag for life” bags from its checkouts if a trial in eight stores proves popular.

This follows the introduction of paper carrier bags at checkouts in all of the firm’s 494 stores at the start of 2019.

The move appears to have been popular with its customers, with one in three switching from plastic to paper bags.

Announcing the trial, Morrisons chief executive David Potts said: “We believe customers are ready to stop using plastic carrier bags as they want to reduce the amount of plastic they have in their lives and keep it out of the environment.

“We know that many are taking reusable bags back to store and if they forget these, we have paper bags that are tough, convenient, and a reusable alternative.”

Commenting on the announcement, EIA senior ocean campaigner Christina Dixon said: “We found that ‘bags for life’ were quickly becoming ‘bags for a week’, with the bags largely being treated as a single-use option with disastrous environmental consequences.

“We commend Morrisons for seeking to address this challenge and reduce its plastic footprint.

“However, no material comes without an environmental consequence — in the case of paper, the potential impact is on deforestation — and we would strongly urge supermarkets to shift their focus on material replacements and instead concentrate efforts on a long-term shift to reusable bags and an overall reduction in packaging.

“Our key recommendation in this respect is an increase in the price of bags for life, something which has been shown to increase their useful lifespan and to encourage customers to bring their own bags.

“Our research clearly shows that people have had enough of single-use and unnecessary plastic in their lives and that they are willing to make lifestyle changes to reduce waste.

“To help them do so, we need to make alternatives easily accessible and readily available.”