As part of its new rules, the UK government is looking to introduce rules banning the advertisement of foods high in fat, sugar or salt on TV and online before 9pm 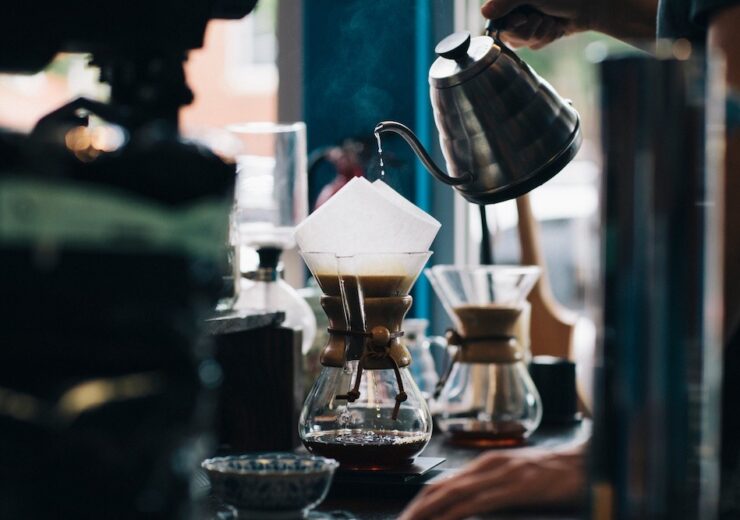 As part of the proposed measures, the UK government will introduce new calorie labelling laws for restaurant, cafe and takeaway providers Credit: (PxHere)

New front of pack labelling rules have been put forward by the UK government today (27 July) as part of its new strategy to tackle obesity.

Proposals will also include new calorie labelling laws requiring large restaurants, cafes and takeaways with more than 250 employees to display calorie labels on the food they sell.

Alongside this, the government is considering rules banning pre-9pm adverts on TV or online for food items that are high in fat, sugar or salt.

Ahead of this, the government will hold a short consultation on whether the ban on online adverts should apply at all times in the day.

Prime Minister Boris Johnson said: “Losing weight is hard but with some small changes we can all feel fitter and healthier.

“If we all do our bit, we can reduce our health risk and protect ourselves against coronavirus —  as well as taking pressure off the NHS.”

Health secretary Matt Hancock added: “Everyone knows how hard losing weight can be so we are taking bold action to help everyone who needs it.

“When you’re shopping for your family or out with friends, it’s only fair that you are given the right information about the food you’re eating to help people to make good decisions.

“To help support people we need to reduce unhelpful influences like promotions and adverts that affect what you buy and what you eat.

“Taken together, supported by an inspiring campaign and new smart tools, will get the country eating healthily and losing the pounds.

“We know obesity increases the risk of serious illness and death from coronavirus — so it’s vital we take action on obesity to protect the NHS and improve our nation’s health.”

Calorie labelling for alcohol and the traffic light scheme: What is the UK government proposing?

Since 2013, the traffic light food labelling scheme has been voluntary in the UK.

The system informs the consumer as to whether or not a food product has high, medium or low amounts of fat, saturated fat, sugars and salt in it.

This information is displayed both as a figure and colour-coded traffic light system – which ranges from green to red.

Foods that have more green “lights” on them mean they are healthier to eat, while amber indicates that they can be consumed most of the time.

A red label informs consumers that an item is high in a nutrient, meaning it’s something they should try to cut down on, eat less often or eat in smaller amounts.

The system also tells customers the number of calories and kilojoules — the energy value of foods — present in a product.

The traffic light scheme appears to be popular, with 90% of consumers agreeing it helps them make informed decisions when purchasing food.

Alongside this, research suggests that people who look at front of pack nutritional labelling are shown to have healthier shopping baskets— with fewer calories, less sugar, fat and salt, and higher fibre content in them.

The UK government is also looking to launch a new consultation before the end of the year around plans to provide calorie labelling on alcohol products.

This is because alcohol consumption accounts for nearly 10% of the calorie intake of those who drink, with around 3.4 million adults consuming an additional days’ worth of calories each week.

Research also shows that 80% of the public are unaware of the calories in common drinks, and typically underestimate the true figure.

It is hoped alcohol labelling could lead to a reduction in consumption, improving people’s health and reducing their waistline.

Alongside this, the government is looking to introduce new legislation that will restrict promotions on foods high in fat and sugar — such as “buy one, get one free” offers.

As part of this, there will be a ban on these items being placed in prominent locations in stores — such as at checkouts and entrances, and online.

Shops will instead be encouraged to promote healthier choices and offer more discounts on food such as fruit and vegetables.

“The main reason we put on weight is because of what we eat and drink, but being more active is important too.

“Making healthier choices easier and fairer for everyone, and ensuring the right support is there for those who need it, is critical in tackling obesity.

“These bold measures will help us tip the scales of obesity. The argument for action is the clearest it’s ever been.”

Restrictions on promoting and advertising could ‘threaten jobs across the UK’, says trade association

These proposals have been launched alongside the Public Health England-led ‘Better Health” campaign.

It calls on people to embrace a healthier lifestyle and lose weight if they need to, supported by a range of evidence-based tools and apps providing advice on how to reduce the waistline.

He added: “A new government focus on the promotion of physical activity is welcome, but this package looks like a terrible missed opportunity.

“After months in which people have thought more about diet and exercise, we could have embarked on a bold programme to promote healthier lifestyles and better diet choices – encouraging consumption of fibre, fruit and vegetables.

“Instead, at the heart of this programme are old and discredited policies that will raise prices, limit choice and hit two of the UK’s most successful industries.”

He added: “Manufacturers, meanwhile, will see little point in introducing lower-sugar or lower-calorie variants of their products into a market in which it will not be possible to advertise or promote them to shoppers.

“Since 2006, the industry has worked in partnership with the government and 100s of everyday products have been reformulated to make them healthier, in-line with government guidelines.

“Start-ups and challenger brands will find it much harder to get ‘share of shelf’ against established brands without promotions to raise their profile, leading to less choice for shoppers.”

Fellow trade association UKHospitality’s CEO Kate Nicholls says that a “well-intentioned targeting of child obesity is at risk of evolving into an interventionist approach that heaps burdens on hospitality businesses just when they are at their most vulnerable and fighting for survival”.

She added: “At-risk sections of society need specific targeting but the most constructive approach with most of society is to provide effective and credible tools to allow people to make informed decisions about their lifestyles, nutrition and exercise, from as early an age as possible.

“The sector is keen to play an active and positive role in helping to deliver and support initiatives in schools, to better communicate the benefits of healthy cooking and eating – there is simply no question that education has an enormous role to play in reducing obesity in the long term.

“We are genuinely keen to work with the government to address obesity but the extra regulatory and cost burdens of measures like menu labelling could not come at a worse time.

In July 2020, charities Action on Sugar and Action on Salt, alongside 47 other health charities and leading researchers, urged the prime minister to ban junk food adverts before 9pm.

The organisations said that a government consultation regarding such a policy, which closed in June 2019, demonstrated that it would likely benefit adults as well as children due to reduced exposure and pester power.

The consultation also showed that it would have a mutual impact for BAME communities, be increasingly beneficial for the more socially deprived, encourage reformulation by the food and drink industry, and improve the nutritional quality of their foods.

Reacting to today’s (27 July) announcement, Action on Sugar and Action on Salt campaign director Katharine Jenner said: “We are delighted that the government has finally recognised that these huge food and drink companies have not been acting in our best interests when they advertise and discount their heavily processed, high in fat, salt and sugar, food and drinks.

“This will be hard to stomach for many of them, but for the more responsible companies, this is an opportunity to build back better, making and promoting healthier options.

However, it’s a missed opportunity that mandatory targets for reformulation i.e. removing unnecessary calories, sugar and salt from products have been excluded from the prime minister’s announcement along with their proper enforcement.

“Furthermore, it’s absurd that the highly successful soft drinks levy has not been extended to other unhealthy sugary foods and drinks.”