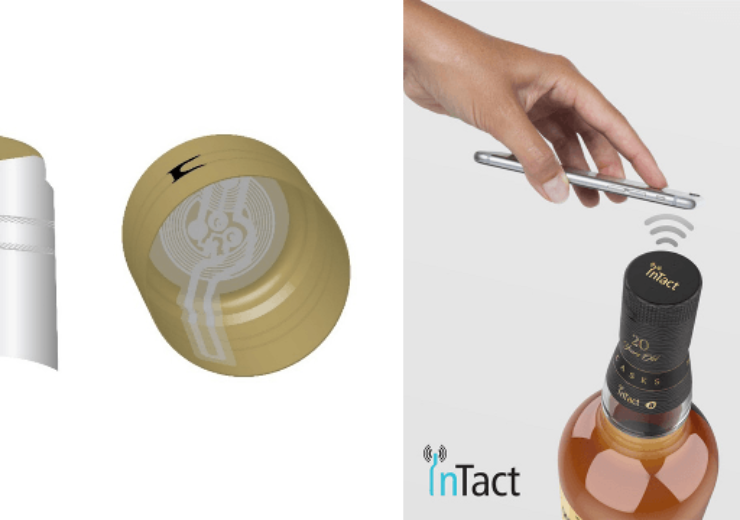 Toppan Printing has collaborated with packaging firm Amcor to provide NFC tag-enabled anti-counterfeiting solution for the wine and spirits markets.

InTact, a capsule with an integrated NFC tag for wine and spirits

The InTact is a capsule for wine and spirits with an integrated NFC tag, which detects opening or tampering.

In late 2016, the practical testing of InTact was commenced at a French winery. The partnership will offer InTact as a high-security solution to minimise the loss caused by counterfeiting in the market for alcoholic beverages.

The NFC enabled capsule will serve as a high-security closing solution for the prevention of fraudulent refilling and grey market diversion of original bottles, a major problem in the wine and spirits industry.

The combination of Toppan’s original antenna structure and an integrated circuit (IC) chip with a break detection circuit allows to detect the breakage or tampering with the capsule.

InTact capsule can also be used for targeted sales promotions and various consumer engagement campaigns, as it stores a unique digital certificate to authenticate the bottle.

The NFC tag will be incorporated inside the capsule, enabling alcoholic beverage producers to adopt it with minimal change to their existing filling and packaging process.

Amcor has developed a new capsule with a structure that combines metallic and non-metallic films, as the metal tends to interfere with the RFID tag’s radio wave communication.

The capsule helps wine and spirits producers, as well as final consumers to confirm each bottle’s authenticity with the tap of an NFC-enabled smartphone.

Amcor Capsules general manager Nicolas Freynet said: “Our customers have an ever-increasing demand for functionalities such as product authentication, opening detection and consumer engagement and we have been working to develop a capsule construction that can incorporate an NFC tag with seamless communication.”