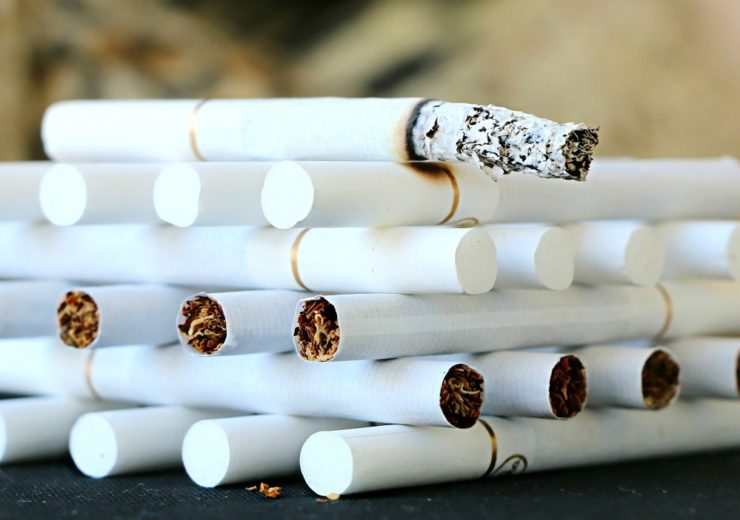 The US Food and Drug Administration (FDA) has published new proposals for graphic health warnings on tobacco products.

It would require cigarette companies to display full colour “photo-realistic” front-of-pack images depicting some of the lesser-known health risk of their products, which would also be used in advertisements.

The move comes after a US District Court judge in Massachusetts ordered the agency to publish proposals this month, with the final rules being brought by March 2020, after a lawsuit by public health groups calling for its publication.

Currently in the US, around 3.4 million adults and 1.4 million young people (aged between 12 and 17) currently smoke, with tobacco use – either directly or indirectly – killing around 480,000 Americans every year.

Acting FDA commissioner Dr Ned Sharpless said: “As a cancer doctor and researcher, I am well aware of the staggering toll inflicted on the public health by tobacco products, which cause cancer, heart disease, stroke, emphysema and other medical problems.

“While most people assume the public knows all they need to understand about the harms of cigarette smoking, there’s a surprising number of lesser-known risks that both youth and adult smokers and non-smokers may simply not be aware of, such as bladder cancer, diabetes and conditions that can cause blindness.

“With these new proposed cigarette health warnings, we have an enormous public health opportunity to fulfill our statutory mandate and increase the public’s understanding of the full scope of serious negative health consequences of cigarette smoking.

“Given that tobacco use is still the leading cause of preventable disease and death in the U.S., there’s a lot at stake to ensure the public understands these risks.

“We remain committed to educating the public, especially America’s youth, about the dangers associated with using cigarettes and other tobacco products.”

How will the US health warnings for tobacco products work

To make the on-packet labels effective, the FDA carried out a lengthy research process to better understand how to promote greater public understanding around the problems of cigarette use.

Among its research and development steps, the organisation carried out consumer research, assessing what the general public did and didn’t know about the risks of smoking.

Participants were given a set of health warnings, with 13 said to be new information.

The messages included “smoking causes cataracts, which can lead to blindness” and “tobacco smoke can harm your children”.

The FDA’s Center for Tobacco Products’ director Mitch Zeller said: “Cigarette packages and advertisements can serve as an important channel for communicating health information to broad audiences that include both smokers and non-smokers.

“In fact, daily smokers potentially see warnings on cigarette packages more than 5,100 times per year, and all members of the public, including adolescents, are exposed to cigarette advertisements in print and digital media, as well as in and around stores where cigarettes are sold.

“The FDA undertook a comprehensive, science-based research and development process, and took the necessary time to get these new proposed warnings right by developing distinct and clear messages about the negative health consequences of smoking.

“We are especially encouraged that the research we conducted on these new proposed warnings demonstrated they would lead to improved understanding among both youth and adults, smokers and non-smokers.”

If implemented, the new warnings would occupy the top 50% of the front and rear panels of cigarette packets as well as 20% of all advertisement.

Cigarette proposals by the FDA ‘long overdue’, but it must meet the March 2020 deadline, say health charities

The proposed cigarette warning photos on the front of packaging are “long-overdue”, according to a joint statement by health charities.

Made by several not-for-profits including the American Cancer Society and the Campaign for Tobacco-Free Kids, it also called on the FDA to make sure it hits its March 2020 target as per the court order.

In the statement, it says the US has to “seize this opportunity” to implement effective warnings in order to improve the understanding of the consequences of tobacco use among smokers and non-smokers.

They also said the graphic health warnings put forward were a dramatic improvement to the text-only examples, and would help the US catch-up to “120+ countries” that have either implemented this strategy or are proposing to adopt it.

American Forest and Paper Association boss on Covid-19 and sustainability