The landmark bottle is launched in one design iteration, but thanks to Cullen’s bespoke service, the innovator can make almost any shape FMCG brands can conceive 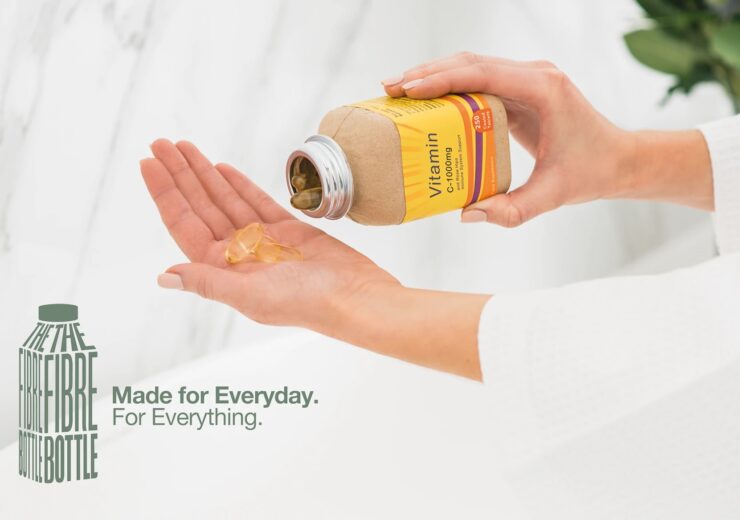 Gearing up for the bottle launch, the company is set to announce a major expansion at its Glasgow, UK facility. (Credit: Robert Cullen Ltd)

Made from 100% natural matter, it is biodegradable & compostable. Unlike similar products, The Fibre Bottle is shelf ready at scale, with Cullen already producing hundreds of millions of moulded fibre bottles for the NHS and other healthcare services internationally.

The landmark bottle is launched in one design iteration, but thanks to Cullen’s bespoke service, the innovator can make almost any shape FMCG brands can conceive. Within just one month, the firm’s in-house design, engineering and manufacturing teams will create a bespoke moulded fibre alternative for most plastic packaging, of which the Fibre Bottle is the first example. Upon approval, those units can be made affordably and quickly at commercial scale. So more brands than ever will for the first time be able to seamlessly swap plastic for Cullen’s sustainable alternative.

David MacDonald, owner of Cullen, said: “This is a game changer. While there are some great pilot and small scale plastic-free bottle innovations, The Fibre Bottle by Cullen is the only one that can be produced affordably at a commercial scale. The fibre-based packaging market is £8.65bn ($10bn) per year and we’re already one of its established major players. Our ability to design, engineer and manufacture close to one billion products per year in our Glasgow facility makes us one of the global leaders in this space. And we can produce 270 million fibre bottles per year from today. It’s not just bright innovation and smart design that will help us remove plastic bottles from shelves, but expert manufacturing at real scale and a cost that rivals or beats the alternatives. And that’s where Cullen is at already.”

Sian Sutherland, co-founder of A Plastic Planet said “In single-use packaging, carbon footprint and general eco-friendliness of moulded fibre products are significantly better when compared to plastic. For a single-use packaging product of the same size and functionality, moulded fibre has a 63% lower CO2 emission as compared to polystyrene and a 150% lower as compared to PET. Cullen is a business that has the potential to eliminate billions of pieces of toxic, indestructible plastic and sees no limit to the positive impact they can drive. Ideas are a start, but implementation is everything. Cullen’s ability to scale rapidly and execute a big vision gives us hope that we can stop huge amounts of damage being done to the planet.”

Gearing up for the bottle launch, the company is set to announce a major expansion at its Glasgow, UK facility. A new innovation design centre and increased manufacturing facility at its 14 acre site will enable the firm to ramp up annual production to one billion products per year. Already Europe’s biggest provider of moulded fibre produce packaging for everything from avocado packaging to coffee trays, Cullen along with clients including global food leaders like McDonalds and retail disruptors such as Lidl are driving a rethink in plastic packaging. The company itself uses a closed-loop recycling system that utilises the waste they produce and the amount of virgin raw material used.