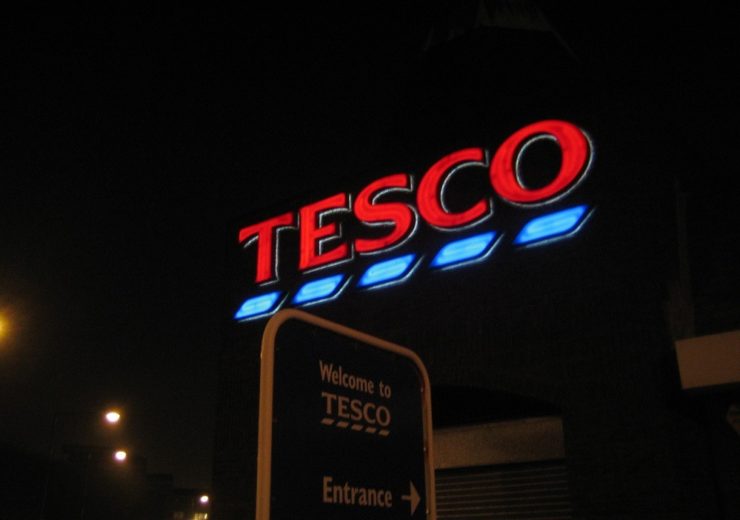 Tesco says the move will help more than eight million households to reduce the amount of plastic they use (Credit: Flickr/Gordon Joly/.flickr.com/photos/loopzilla/)

Customers will instead be offered “multibuy” deals, where they’ll be able to purchase several individual tins at the same price.

The company says the move will result in 67 million pieces of plastic being eliminated from its UK stores.

Tesco CEO Dave Lewis said: “We are removing all unnecessary and non-recyclable plastic from Tesco.

“As part of this work, removing plastic-wrapped multipacks from every Tesco store in the UK will cut 350 tonnes of plastic from the environment every year and customers will still benefit from the same great value ‘multipack’ price.

“This is part of our plan to remove one billion pieces of plastic in 2020.”

Currently, 183,000 tinned multipacks are sold at Tesco every day, with more than 40% of customers including them in their shop.

The company says the change, which will be implemented across all of the tinned multipacks it sells, will help more than eight million households reduce the amount of plastic they use.

Removing such packaging follows a successful trial in its Tesco Extra store in Bar Hill.

The shop, in the Cambridgeshire village, is home to a wide range of packaging trials, with this test being the first major initiative being rolled out by the chain.

“While we know we have more to do, this initiative is good news for the environment, and for the millions of people who enjoy Heinz varieties every day, as they’ll still be able to benefit from the same great value for money.”

In August 2019, Tesco told its 1,500 suppliers that packaging would be a factor in its decisions on which products are sold in its stores.

The move will help Tesco achieve its pledge to remove one billion pieces of plastic from its stores by the end of the year.

Sustainable materials specialist at the World Wildlife Fund UK charity Paula Chin said: “We need to remove unnecessary single-use plastic wherever possible, to stop the contamination of the natural world.

“If we want to protect nature we need more businesses to follow Tesco’s lead before we run out of time to fight for our world.”

Plastic-wrapped multipacks will be removed from all of the company’s UK stores by the start of March.