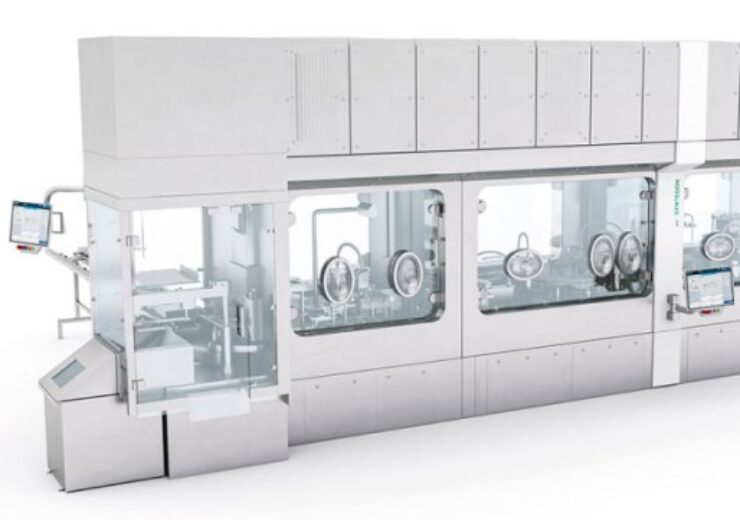 Versynta FFP, which is a new modular small-batch solution, is an individually configurable machine with an integratable isolator for filling aseptic and potent liquid active ingredients.

Versynta FFP has been designed in such a way that it can be used for filling both aseptic and potent products with short cycle times.

Based on pre-developed and tested modules, Versynta FFP has the potential to process up to 3,600 containers per hour and features 100% in-process control.

Versynta FFP can also be transformed into different container types such as vials, syringes, and cartridges, in addition to different filling systems such as single-use solutions.

According to the company, only format parts have to be replaced instead of entire modules and the platform offers the flexibility of vacuum-free high-potent vial processing.

Syntegon’s four-axis robot called Pharma Handling Unit facilitates safe and gentle transport. It allows users to relocate the containers from one station to the next without glass-to-glass contact.

The laminar flow-optimised design allows air to reach the containers and flow around them without obstruction.

Syntegon stated that its customers secure a complete solution for the entire filling process from a single source, including an integrated isolator and ventilation technology.

“Maximum product yield and fast batch changes are even more important in micro-batch applications. The biggest challenge was to design the production cell isolator without glove ports.”

In November last year, Syntegon opened its new oral solid dosage (OSD) customer centre in Waiblingen, Germany. It is used for the formulation, development and production of OSD forms.