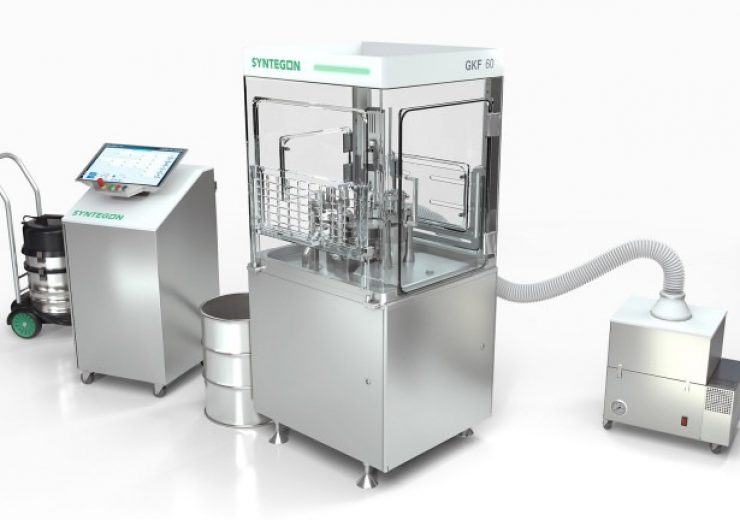 “Customers can choose from numerous options ‒ from the newly developed piezo dosing to the familiar dosing modules for dry powder inhalation (DPI), pellets, tablets, or liquids, to the mini-bowl station for a scale-up to the next larger production machine.”

Also, each dosing station can be optionally equipped with a gravimetric 100% weighing system for each component dosed.

Syntegon is allowing customers to select the GKF 60 either in the standard version, as well as the containment variant or as a combi solution.

In addition, the separate control cabinet with an integrated operator interface and user-friendly dashboard enables to further save space.

Mössinger further added: “The GKF 60 is a future-proof machine that will continue to develop in the direction of automation and Industry 4.0. The great interest of our customers shows that we are right on target with this far-sighted and very flexible development.”