Premium Print 2.0 technology has been part of Ardagh’s range of can finishes since 2016 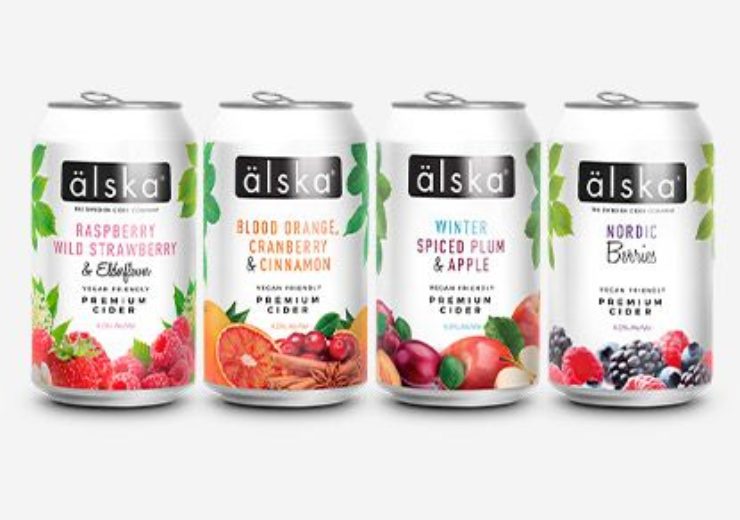 Since 2016, the Premium Print 2.0 has been part of Ardagh’s range of can finishes.

The Swedish Cider is already providing two flavours in the älska range, including Raspberry and Wild Strawberry & Elderflower, in cans with a new updated look. It is also now providing newcomers such as Blood Orange, Cranberry & Cinnamon and Winter Spiced Plum & Apple in new cans.

Ardagh’s Premium Print 2.0 technology has been used for each of the designs to provide a sharp and clean aesthetic appearance. It helped to neatly reference the freshness of the fruits that flavour the all-natural drinks.

The Swedish Cider communication head, product developer and brand manager Synne Nyland said: “We wanted the design to reflect this, and consequently we chose Premium Print 2.0 as it enables us to have photo-real fruits printed on the cans – so our customers get the whole package: premium drink and premium design.”

The laser-engraved plate technology will be used to create a high-definition appearance. It also enables to render crispest-possible graphics in better colour at up to 60 lines per cm.

Ardagh Group European metal beverage division sales director Dirk Schwung said: “We did a 2-day print proofing session with Synne and the Swedish Cider Company team to make sure everything was absolutely spot-on, and we are all delighted with the superb result.”

In September this year, UK-based beverage company Life Water has introduced a sparkling version of its natural spring water in Ardagh’s recyclable aluminium can.

Epiphany introduces Grenache Rosé and Grenache Blanc in can for summer