Of the ten UK supermarkets listed, Waitrose is seen as doing the most to tackle plastic packaging waste, while Iceland ranked in tenth place 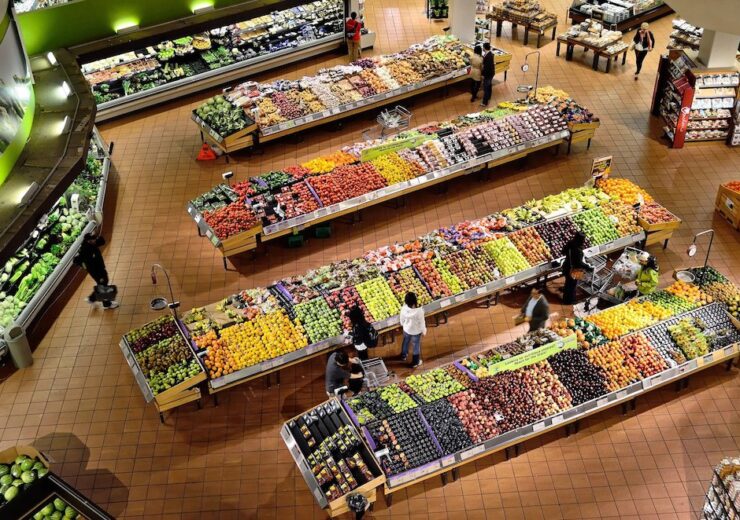 The report showed that the ten leading supermarkets in the UK collectively put almost 900,000 tonnes of plastic packaging on the market in 2019 (Credit: Pixabay)

UK supermarkets need to do more to tackle plastic packaging pollution, according to charities the Environmental Investigation Agency (EIA) and Greenpeace.

It comes after the pair published its latest annual plastics survey Checking Out on Plastic III.

This showed that the ten leading supermarkets collectively put almost 900,000 tonnes of plastic packaging on the market in 2019 – which is equivalent to the weight of almost 90 Eiffel Towers.

EIA senior ocean campaigner Christina Dixon said: “In our third year of looking at plastic packaging in UK supermarkets, we had hoped to see a much sharper downwards trajectory as strategies and targets bear fruit.

‘Instead, we are looking at a relatively static picture – the sector urgently needs to pick up the pace.”

Waitrose ranks top out of UK supermarkets best dealing with plastic packaging, according to the report

The new report ranks ten UK supermarkets in terms of efforts to reduce plastic pollution and this year’s scorecard shows Waitrose at the top for the second consecutive year, with Iceland in tenth place.

Other significant findings to come out of research includes the fact that more than 1.58 billion plastic “bags for life” were issued in 2019, a 4.5% increase over 2018 – representing almost 57 bags per UK household during the year.

By contrast, the number of single-use plastic carrier bags issued fell by 33% and several supermarkets have banned them entirely.

Also almost 2.5 billion plastic water bottles were sold or given away in UK supermarkets in 2019.

Alongside this, while most companies reported reductions on own-brand plastic packaging, the percentage of branded packaging in 2019 increased by 5% compared to 2017.

Dixon added: “Supermarket targets and reduction efforts are primarily focused on own-brand plastic packaging, which makes sense as they have more direct control over the supply chain.

“However, this means that the amount of packaging used for popular branded goods is not reducing and we’d like to see supermarkets increasingly taking the fight to the big manufacturers and compelling them, in turn, to drive down their own plastic footprints.”

When approached by The Guardian for comment, a Tesco spokesperson said: “We recently announced we successfully removed 1bn pieces of plastic and got rid of hard-to-recycle materials. Through these actions, Tesco is driving change.

“We continue to remove excess packaging from our business, and despite major challenges of Covid, we have made good progress in tackling the impact of plastics through our 4Rs packaging strategy – remove, reduce, reuse, recycle – and we have ambitious plans for 2021 and beyond.”

An Asda spokesperson said: “We are pleased that Greenpeace has recognised the steps we are taking to reduce plastic waste by highlighting that more than half of the total plastic weight reduction across the industry in 2019 was the result of measures introduced by Asda.

“However, we know there is more to be done and have an ambitious goal to remove 3bn pieces of plastic packaging from our operations by 2025.”

A Co-op spokesperson said: “We have one of the smallest plastic footprints of any major food retailer and almost half of our packaging uses recycled content.

“We are committed to eliminating unrecyclable plastic and will make all of our packaging recyclable this year and we continue to rollout compostable carrier bags as an alternative to bags for life.”

A Sainsbury’s spokesperson said: “We were the first major retailer in the UK to make a significant commitment to reduce our use of plastic packaging by 50% by 2025, and then go further.

“We reduced plastic by 4% in 2019. We know there is more to do and by collaborating across the industry, together we can protect the environment for future generations.”