Supermarket chain SPAR South Africa has introduced a new campaign to reduce the use of plastic bags at its stores in Western Cape and Namibia. 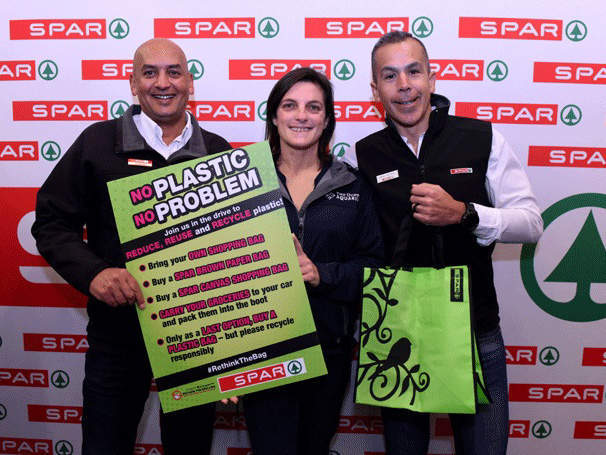 The campaign, follows its Eastern Cape division’s campaign launched earlier this year, is aimed at helping in reducing the use of plastic bags at checkout counters.

SPAR said that the move is a part of the investments made over the last four years to reduce the use of plastic bags.

As part of the campaign, the retailer has introduced fully recyclable bags in its stores in Western Cape and Namibia to ensure that they are sold across its business.

SPAR Western Cape managing director Mario Santana said: “As one of South Africa’s leading retailers, we have a huge role to play in changing the culture around the use of plastic in-store.

“It’s no longer a question of if we should add our voice to the global commitment to reduce, reuse and recycle, but how.”

In order to support the campaign, posters were displayed by the retailer at its stores as well as on print and social media to make customers stop using the conventional plastic shopping bags.

Additionally, the campaign aims to encourage customers to bring their own shopping bag, buy a SPAR brown paper bag, buy a SPAR canvas bag, carry their groceries to their cars, or buy a plastic bag – but to recycle responsibly.

The retailer also offered bio-degradable brown paper bags to customers across its stores in Western Cape and Namibia, as a part of the International Plastic Bag Free Day.

Under the SPAR EC campaign, the retailer encouraged customers to get paper bags in exchange for every ten plastic bags across its Eastern Cape stores.

“In two days, members of the public were given a paper bag free of charge for every 10 plastic shopping bags brought to any one of SPAR’s Eastern Cape outlets. It was a move hailed by environmental groups as a major development.”