Paper and packaging firm Smurfit Kappa Group has taken decision to deconsolidate its Venezuelan operations in the third quarter of 2018, after losing control of the unit to the local government. 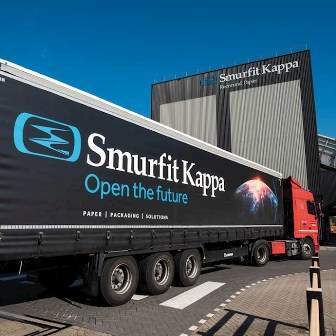 The decision of deconsolidating the company’s Venezuelan operations, Smurfit Kappa Carton de Venezuela (SKCV), will result in a write down of net assets of around €60m for the company.

Smurfit Kappa, along with its wholly-owned subsidiary Smurfit Holdings, has announced that the firm has lost control over the business of SKCV, as a result of continuing actions and interference of the Government of Venezuela.

According to Smurfit Kappa, nine of the ten SKCV’s unions confirmed their support and interest to continue working with the company due to its good labour practices and compliance with local laws and regulations.

In August this year, the Venezuelan government has temporarily taken over the SKCV located in Valencia, as well as arrested two of its managers after complaints about prices being charged by the company for its products.

The government said that the company was ordered to begin price adjustments immediately for all its products after several members of the workforce had submitted multiple complaints.

Following receipt of the occupation order, Smurfit said that it is not possible for SKCV to manage its operations in a way that complies with its normal business standards and confirmed that the firm is not responsible for the use of its installations, machinery and equipment.

The firm also noted that it is not responsible for employees’ safety, surrounding communities, any environmental impact and quality of the paper and packaging manufactured in the operations.

After notifying the occupation order, the company has been subject to government interference, including through the arbitrary harassment of its employees by the Directorate General of Military Counterintelligence (or DGCIM) via unauthorised visits.

Since 65 years, SKCV has been offering goods and services to its customers in Venezuela with the support of around 1,600 direct employees.

The Venezuelan operations unit, SKCV, represented less than 1% of the group’s EBITDA in the first six months of 2018.