The 'smart' food packaging material, which can kill microbes that are harmful to humans, can be used for different products such as ready-to-eat foods, raw meat, fruits, and vegetables 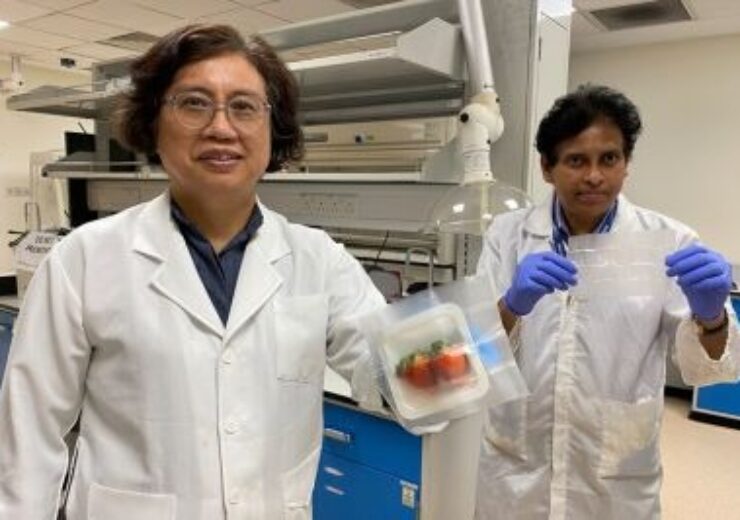 The ‘smart’ food packaging material, which can kill microbes that are harmful to humans, holds the capacity to expand the shelf-life of fresh fruit by two to three days.

Scientists have developed natural food packaging using a corn protein called zein, starch and other naturally derived biopolymers that are integrated with natural antimicrobial compounds such as oil from thyme and citric acid.

During lab experiments, the packaging’s fibres when exposed to increased humidity or harmful bacteria enzymes were shown to release the natural antimicrobial compounds, which eradicate common dangerous bacteria such as E. coli and Listeria, as well as fungi that contaminate food.

The new sustainable packaging has been developed to release the necessary miniscule amounts of the antimicrobial compound in response to the presence of additional humidity or bacteria.

The new biodegradable packaging can be used for different products such as ready-to-eat foods, raw meat, fruits, and vegetables.

According to scientists, strawberries covered in the packaging stayed fresh for seven days before developing mould as against counterparts that were placed in mainstream fruit plastic boxes, which only stayed fresh for four days, in an experiment.