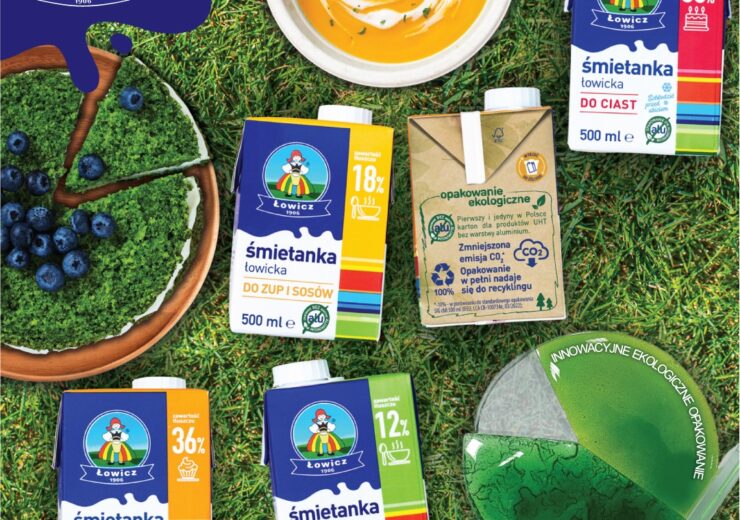 OSM Łowicz will now use SIG’s square base family pack combiblocMidi, and its combiblocSlimline carton pack in a small 500ml volume, with combibloc ECOPLUS.

According to SIG, the material with no aluminium layer enables the dairy producer to expand its product volumes and product categories. It can help products on the shelf to stand out and also offer a sustainable packaging solution to its retailers and consumers.

SIG senior marketing manager Karina Zawadzka said: “We have a strong ethos of working closely with customers such as OSM Łowicz to pack food and beverage products in a safe, sustainable and affordable way.

“More than two billion of our well-established 1-litre combiblocSlimline carton packs with combibloc ECOPLUS packaging material have already been sold.

“By extending to combiblocMidi, our fastest growing modern family pack, we’re enhancing opportunities for our customers to differentiate their products in a stand-out pack, which also offers strong environmental credentials.”

The packaging firm claims that the new material cuts the carbon footprint of its standard packaging material by 27%.