Plastic Whale makes it its mission to collect plastic from the water during plastic fishing trips together with companies, schools and individuals. In 2019, they collected around 50,000 plastic bottles from the three main canals of Amsterdam: Herengracht, Prinsengracht and Keizersgrach 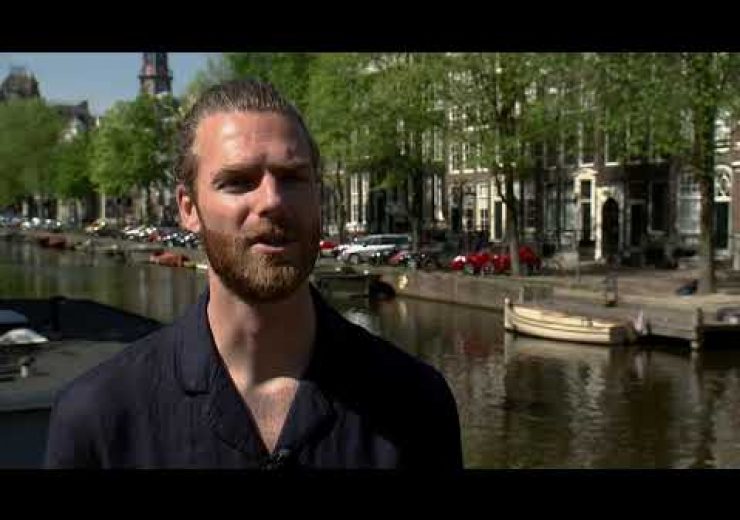 Amsterdam-based fashion brand Scotch & Soda celebrates its long-term partnership with Plastic Whale with the launch of a boat in acknowledgment of World Environment Day. Made from recycled plastic waste collected from the city’s main canals, the boat is named ‘The Free Spirit of Amsterdam’.

Among the most iconic landmarks in the world, Amsterdam’s canal system is over 100 kilometres long. Plastic waste ends up in the water primarily due to heavy seasonal tourism and wind – cleaning at the source contributes to preventing this waste from flowing out to the North Sea and preserving and improving the water quality of the canals. Plastic Whale makes it its mission to collect plastic from the water during plastic fishing trips together with companies, schools and individuals. In 2019, they collected around 50,000 plastic bottles from the three main canals of Amsterdam: Herengracht, Prinsengracht and Keizersgracht.

Plastic Whale owns a fleet of boats made from the PET (polyethylene terephthalate) bottles that they’ve collected from the canals. The construction of each boat, which takes up to three months, is made with over 5,000 PET bottles. A strong, lightweight plastic widely used for packaging, PET is completely recyclable and can be transformed into a valuable raw material. The PET bottles are first washed, then processed into granules and fibres to make the foam plates, which they use to build the boats.

Scotch & Soda’s custom-made boat is named ‘The Free Spirit of Amsterdam’ as a tribute to the liberal outlook of Amsterdam that inspires the brand to champion individuality, authenticity and the power of self-expression.

Scotch & Soda’s brand colours – tan, charcoal, and cloud white – are reflected in the boat’s unique design. The deck is made from a mosaic of around 900 black plastic bottle caps collected from the canals, mixed with golden brass buttons left over from Scotch & Soda sample collections featuring the brand’s logo icon, an ampersand that embraces the symbol of unity at the heart of its name. The rims of the boat are made from Platowood®, an FSC® and OLB-certified wood. Measuring 5.5 x 2.2 metres and weighing 1,000 kilos, ‘The Free Spirit of Amsterdam’ is powered with an electric motor and can carry up to eight people.