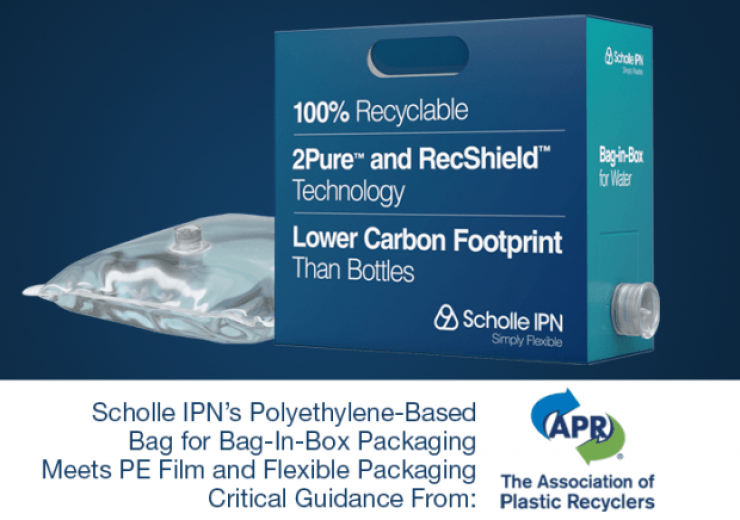 Scholle IPN stated that its bag-in-box packaging for water passed the Association of Plastic Recyclers’ FPE-CG-01 testing, which assesses the compatibility of flexible packaging with film-to-film recycling processes.

The Plastics Forming Enterprises (PFE) has completed the testing of the new bag-in-box package for water.

Scholle IPN global film and package development director David Bellmore said: “Our bag-in-box bag and tap make up less than 5% of the overall package weight—with corrugate making up the balance.”

PFE has evaluated a bag that is produced using two layers of film and a polyethylene closure.

The outer layer, which is made of Scholle IPN’s RecShield, is a barrier film specifically designed to avoid unwanted flavours from migrating through the film into the water.

Scholle IPN president and CEO Ross Bushnell said: “Source reduction is a powerful step in the mitigation of our carbon footprint. By reducing the amount of plastic required to get our customer’s liquids to their end-market, we ensure that there is less waste throughout the product lifecycle.

“Our new flexible water packaging provides for recyclability where possible while also ensuring critical source reduction that saves our Earth’s diminishing resources for future use.”