British supermarket chain Sainsbury’s has launched reusable produce bags trial at its Lincoln and Kidlington superstores, as part of its sustainable efforts. 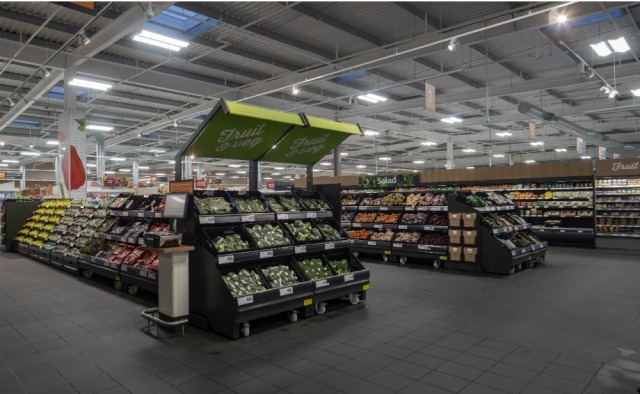 The trial has been designed for the elimination of using plastic produce bags for loose fruit and veg.

Customers going to both stores can purchase a reusable bag made from 100% recyclable materials for 30p or bring their own containers for loose fruit and veg.

The move will help Sainsbury’s to achieve its commitment to completely removing bags from stores by September and eliminate a further 1,284 tonnes of plastic this year.

Sainsbury’s brand director Judith Batchelar said: “We’re pleased to be making a further commitment to our customers as we work with them to offer new ways to reduce unnecessary plastic.

“This is just one of the efforts we are making as a business and we look forward to hearing how our customers respond and adapt throughout the trial.”

The trial, which will run up to August, follows a range of company’s initiatives designed to reduce, reuse, replace and recycle more plastic.

Recently, the supermarket chain launched water refill stations at more than 300 stores across the UK, in addition to a series of reserve vending recycling trials to help customers to return plastic bottles of any size up to 3 litres and drinks cans purchased from Sainsbury’s in exchange for 5p coupons towards their shop.

Earlier this month, Sainsbury’s launched reverse vending recycling trial at its Braehead Superstore in Glasgow, Scotland. Last month, the supermarket chain launched the same recycling scheme at its stores in Lincoln and Hull.

Sainsbury’s is also working with government and other businesses to back research and innovation in packaging, as well as create long term and sustainable alternatives to plastic.

The supermarket chain is also planning to use paper bags for loose bakery items by September. It also announced that hat it has already removed and replaced 10,000 tonnes of plastic packaging this year.