Yale study to examine use of robotics to improve waste management

The four-year project looking into the potential use of robotics in waste management recently received a $2.5m grant from the US National Science Foundation 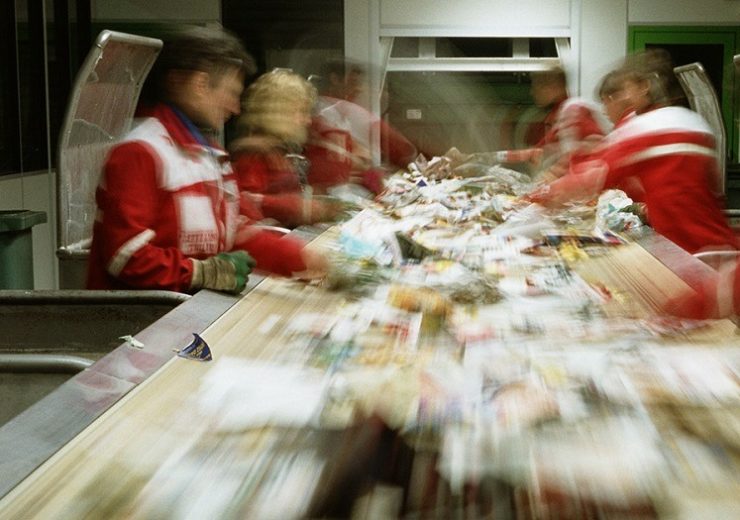 Yale believes that the use of robotics could improve the efficiency of the waste management industry (Credit: Yale)

Yale has announced it will be conducting a study looking at whether robotics can improve waste management in the recycling industry.

The four-year research project by the US-based Ivy League university will look at how robots could work alongside humans in the sector.

With the US scrap industry worth around $117bn, many of its 530,000 workers are employed in material recycling facilities, where waste is sorted and prepared for end users.

The project is backed by the US-based National Science Foundation (NSF), which recently gave Yale a $2.5m grant through its Future of Work at the Human-Technology Frontier scheme.

Marian Chertow, associate professor of industrial environmental management at the Yale School of Forestry & Environmental Studies (F&ES) and co-principal investigator on the project, believes the sorting of material is a big issue faced in the industry.

She said: “Waste-sorting is the most important problem that we face in the recycling field, because if we don’t do it well the market prices diminish significantly.

“Many countries are announcing that they will phase in bans because they basically don’t know what do with all the material — they are just overwhelmed.

“The last thing the world needs is a serious threat to recycling because it’s one of the few environmental habits and positive solutions that people have been working on for many years.”

What will Yale’s investigation of robotics in the waste sector look at?

The project will examine whether collaboration between humans and robots can improve the quality of recyclables and the profitability of the sector.

It will also evaluate opportunities to create new jobs that can complement any influx of machinery into the industry.

Research will be conducted by a team of researchers in computer sciences, engineering and industrial ecology fields across Yale and Boston universities and Worcester Polytechnic Institute (WPI).

The team hopes the introduction of robotic automation, including any new technologies, will be able sort difficult materials before they reach humans, improving  system efficiency in the process.

Amy Wrzeseniewski, an industrial ecologist from the Yale School of Management will work alongside Chertow, examining how workers can understand their roles now and in the future.

She said: “How the redesign changes their relationships to others in the workplace is another area of interest.

“We plan to conduct interviews and observations initially, which we hope will inform other kinds of data to gather and analyse.”

Aaron Dollar, a professor of mechanical engineering and materials science at the Yale School of Engineering and Applied Science — and the research’s principle investigator — wants to see what impact automation can have on the “troubled” recycling industry.

He said: “Automation has historically brought down the costs and increased the quality of numerous manufacturing processes.

“We want to see what we can do along those lines in order to help the important but troubled recycling industry.”

The project was inspired by the work of former postdoctoral fellow at Yale – and now assistant professor at WPI – Berk Calli, whose research focuses on how to solve sustainability through complex robotic manipulation.