ReGrained has developed new packaging to reflect its internal culture and active, intentional consumer base 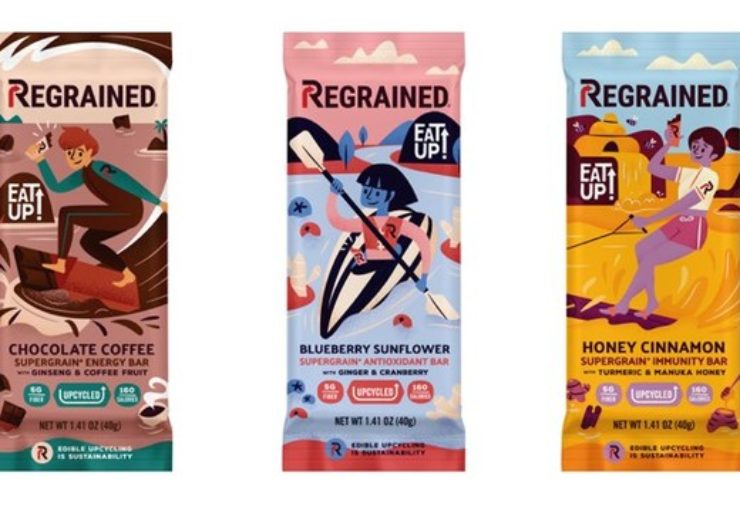 The company, which has refurbished it’s brand aesthetic, will enter into the savoury snack space with a new snack puff.

ReGrained has designed new bright, whimsical and character-driven packaging to reflect its internal culture and active, intentional consumer base.

The new brand imagery will help ReGrained to accomplish its mission through better aligning the food with the planet, as well as symbolising its official launch as a platform for upcycled food innovation.

The brand identity is enhanced with new logo and features “R” on the label. ReGrained is also said to be the first to market with a compostable pack.

The pack is also incorporated with a caption “Eat Up!”, which carries several layers of meaning, said ReGrained.

ReGrained is a mission-driven ingredient platform, which leverages patent-pending technology to translate food waste and byproducts into superfoods.

ReGrained SuperGrain is an ingredient that can be used in all commercial applications ranging from savoury to sweet, in addition to producing nutritious and highly functional foods.

Its SuperGrain+ is a grain blend that enables food manufacturers to produce nutritious and marketable foods through sustainable practice and food waste mitigation.

The new bars are available at multiple locations across the US, including Sunflower Antioxidant. The bars can be purchased at thousands of locations nationwide, including Whole Foods, Sprouts, Lucky SaveMart, Nugget Market and Fresh Thyme.

In August this year, McCafé, a coffee-house-style food and beverage chain owned by McDonald’s, has unveiled a new brand identity, marking its completion of 10 years.

From packaging for potatoes to compostable crisps: Innovative designs to receive a WorldStar Packaging Award