The brand is projected to sell over 500,000 units through its website in its first year 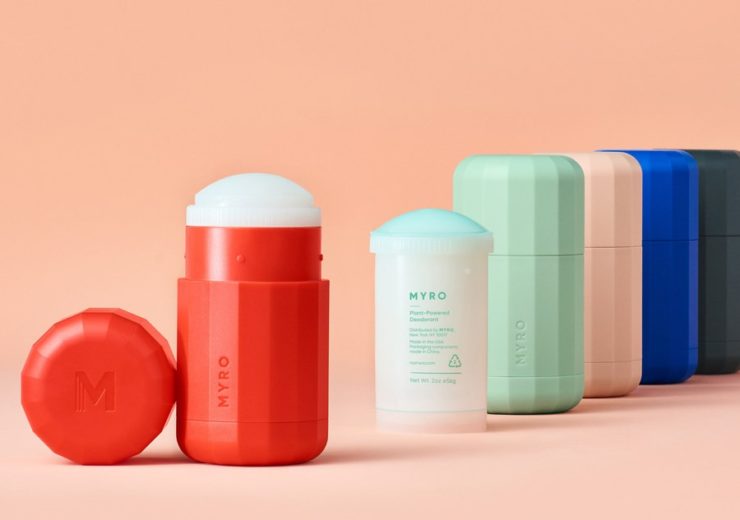 Image: The brand will be available at Target stores nationwide. Photo: courtesy of Myro.

Founded in 2017 and launched in 2018, Myro continues its impressive trajectory after an initial $2M seed funding round and a recently announced $7M seed extension funding round. The brand is projected to sell over 500,000 units through its website in its first year.

“Target gives us the ability to scale Myro’s mission and do positive things for people and the planet, in a way that can have a real impact.” says Greg Laptevsky, Myro’s founder and CEO.

Customers can also head to Mymyro.com to create their own custom case + scent pod combo—and since it’s easy to insert and eject a pod from the refillable case, they can “switch” scents any time based on their mood or occasion.

Each Myro refill pod is fully recyclable and made with about 50% less plastic than traditional deodorant brands, making Myro a more responsible and pro-planet alternative. Myro uses bacteria-neutralizing citrus, probiotics and sage to fight odor, and cornstarch to absorb wetness. It’s free of aluminum, parabens, triclosan, steareths, phthalates and talc. Plus, there are no irritating ingredients like baking soda, artificial colors or synthetic fragrances found in traditional deodorant brands. It’s also gluten-free, vegan and never tested on animals.