The €50,000 ($55,000) donation will go towards a UNICEF project in the Ivory Coast which is developing bricks made from recycled plastic 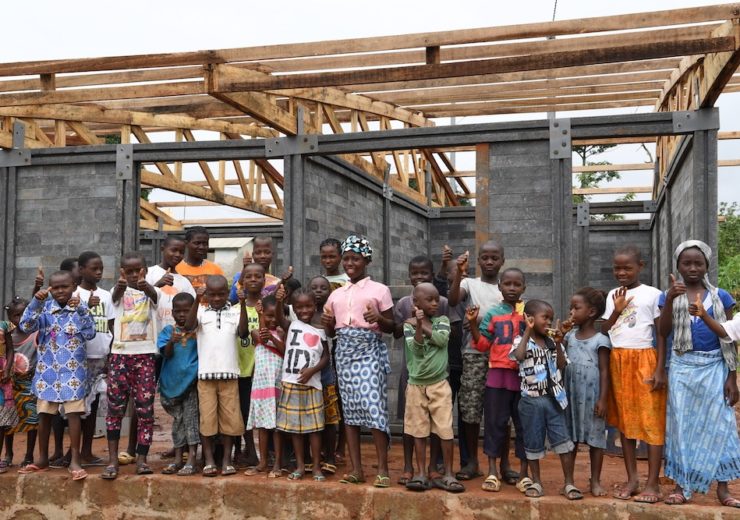 Bricks made from recycled plastic are being used in the construction of new classrooms — like this one in Sangouine, a village on the western Ivory Coast (Credit: DS Smith)

The bricks will be used to build schooling facilities in the Ivory Coast.

DS Smith managing director Philip Bautil said: “We at DS Smith have been actively dealing with the issue of substitutes for plastic for a long time.

“In hundreds of projects, we could manage to replace plastic with solutions on the basis of corrugated cardboard.

“Moreover, we focus on sustainability and education projects in our DS Smith Charitable Foundation.

“This project is, therefore, the right thing for us, and it matters a lot to us.

“We hope that this pilot project will prove its long-term worth and can be introduced in other countries.”

Bricks made from recycled plastic being used to build up  15,000 school rooms in the Ivory Coast

In 2018, UNICEF announced it was building schools with bricks made from recycled plastic in the Ivory Coast, with the charity aiming to develop new 500 classrooms.

Last July the non-governmental organisation, alongside Colombian social enterprise Conceptos Plasticos, broke ground on a factory that will convert plastic waste collected in the Ivory Coast into bricks.

Speaking at the time, UNICEF representative Dr Aboubacar Kampo said: “One of the major challenges facing Ivorian school children is a lack of classrooms. They either don’t exist or when they do, they are overcrowded, making learning a challenging and unpleasant experience.

“In certain areas, for the first-time, kindergartners from poor neighbourhoods would be able to attend classrooms with less than 100 other students.

“Children who never thought there would be a place for them at school will be able to learn and thrive in a new and clean classroom.”

In addition to the reduction of plastic waste and the development of schoolrooms, the proceeds from the collection of the waste will go towards improving living conditions for poor families.

“The kids who go to school often have to learn in entirely overcrowded classrooms, which significantly impairs their education opportunities.”

DS Smith’s marketing and communications manager in Germany and Switzerland, Anja Röhrle, added: “We have millions of tonnes of plastic waste worldwide, both in our oceans and onshore. This affects us all.

“In a recent survey that we conducted together with L’Obsoco, 86 % of the respondents said that they considered the environmental issues to be the greatest challenge of human society in the next decades”