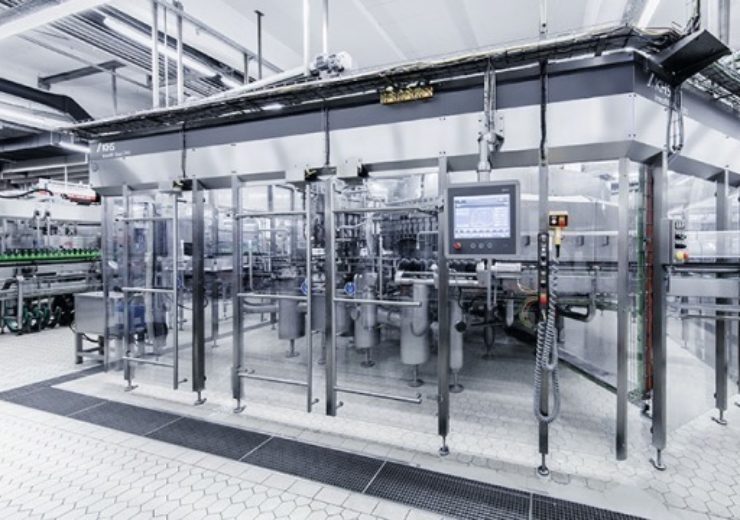 German brewery Pyraser Landbrauerei has invested in KHS automated glass filler to boost its capabilities and better serve the consumers.

KHS Innofill Glass DRS glass bottle filler has been selected due to its low-oxygen filling process and consumption values during bottling beer.

The patented KHS DRS-ZMS filling system is said to use 210g of carbon-dioxide per hectoliter of beer.

KHS Germany sales lead Mike Herrmann said: “We need a lot less carbon dioxide than the usual quantity common to the market to yield the same or even better residual oxygen values.”

Pyraser uses aluminium caps to close its beer bottles, which will help to press more oxygen into the bottle compared to the amount required with classic crown corks.

According to the company, the KHS glass filler blasts the aluminium roll-on caps with CO2 in the capper to minimise oxygen pickup. The Innofill Glass DRS also holds the capacity to better coordinate with automatic CIP caps.

The ECO vacuum pump is provided with a separate cooling circuit, which will help brewery to significantly reduce water consumption from the earlier 800 liters to 80 liters for an hour.

Pyraser Landbrauerei master brewer Helmut Sauerhammer said: “On the one hand, cleaning is considerably simplified as a lot less effort is needed for operation. On the other, the time saved as a result boosts efficiency in production.”

KHS Group is a major manufacturer of filling and packaging systems for the beverage and liquid food industries.

In March, Alpla and KHS announced the development of a new one-litre reusable PET bottle, as part of their sustainable efforts.