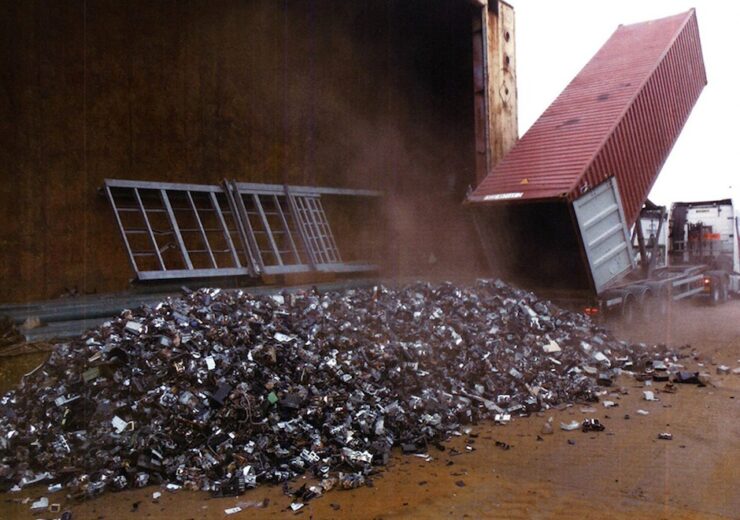 A report by Interpol on the global plastic waste management industry has discovered an “alarming” increase in illegal plastic pollution since 2018.

The investigation by the international policing organisation reveals a big increase in illegal waste shipments — most of which have been delivered to south-east Asia via multiple transit countries to camouflage their origin.

It also reported an increase in illegal waste fires and landfills in Europe and Asia, and a significant rise in the use of counterfeit documents and fraudulent waste registrations.

The report, Interpol’s strategical analysis on emerging criminal trends in the global plastic waste market since January 2018, is based on open sources and criminal intelligence from 40 countries.

Chairman of Interpol’s Environmental Compliance and Enforcement Committee Advisory Board, Calum MacDonald, said: “Global plastic pollution is one of the most pervasive environmental threats to the planet today, and its correct regulation management is of critical importance to global environmental security.

“Interpol’s report pinpoints the urgent need to identify and assess how criminals are exploiting new and pre-existing market vulnerabilities, with a call to boost law enforcement action at both export and import level.”

The strategic report, compiled by Interpol and supported by the Life Smart Waste project and the Norwegian Agency for Development Cooperation, has been compiled to provide a comprehensive global picture of emerging trafficking routes and criminal threats in the plastic waste market.

In particular, it looked to identify emerging trafficking routes characterising the illegal trade in plastic waste, the nature and scale of the increase in illegal plastic waste management, and the evolution of the methods and motives of criminals in the plastic waste sector.

One aspect the report highlighted was the link between crime networks and legitimate pollution management businesses used as a cover for illegal operations, with criminals often resorting to financial crime and document forgery to carry out global operations.

It also looked at how difficulties in treating and monitoring the plastic waste surplus have “opened doors” for opportunistic crime in the sector through illegal trade and waste treatment.

For several years, the most common methods used in waste crime have been fraudulent documents and the misdeclaration of waste.

However other fraudulent activities have likely increased in frequency and complexity during recent years, emerging in countries where it was not previously reported.

It also includes the misdeclaration of waste supporting tax evasion and of the final destination of plastic waste shipments, using a transit country in a free-trade zone.

Alongside this, several countries have seen evidence of organised criminal groups (OCGs) involved in cases of illegal trade and management of plastic waste.

Interpol has identified the infiltration of OCGs into the waste sector usually happens through legitimate businesses as a cover for illegal operations.

This type of infiltration in legitimate businesses also reveals a level of sophistication of the criminal enterprise and professional competencies among offenders.

In January 2018, China — which until then had been the destination for much of the world’s exported waste — implemented a nationwide ban on the importation of 24 types of waste material.

This means the country will no longer accept shipments that mix recyclables with general waste, the wrong type of recyclable or low-quality materials.

It also bans the import of plastic waste that isn’t at least 99.5% pure — such as polyethylene and polystyrene.

Since then, plastic waste exports have found their way to neighbouring nations in the east-Asian Pacific — both legally and illegally.

According to trading data published by the Financial Times, the first half of 2018 saw imports of plastic waste increase by 56% in Indonesia, double in Vietnam and jump by 1,370% in Thailand.

Last May, authorities in Malaysia, which became a leading alternative destination for plastic waste after China’s import ban, began the process of returning plastic waste to 13 countries.

“In recent years we have changed legislation to address it, establishing stronger administrative procedures and launching national campaigns to tackle it, particularly as it relates to cross-border smuggling.

“We call on the global community to work together across borders and to make the most of international platforms like Interpol in addressing our collective responsibilities and achieving our common goal of leaving a clean, beautiful planet behind for future generations.”

According to Interpol, plastic waste reparation requests — like the one made by Malaysian authorities — by south and south-east Asian countries have increased since 2018, but remain a long and challenging process.

This has seen containers piling up in south-east Asian ports and sometimes re-exported illegally to neighbours in the region, which in turn transfers the burden of dealing with the illegal waste.

Some countries in the region, including Vietnam, Indonesia, and Malaysia, have followed in the footsteps of China with tighter restrictions or bans on the importation of plastic waste.

Alongside this, 186 countries agreed to put restrictions on the export of plastic waste.

The decision, which saw an amendment to the global framework governing the movement of hazardous chemicals and waste, was passed at the 14th meeting of the Conference of the Parties to the Basel Convention in Geneva in May 2019.

As these new legislations restricting plastic waste imports are introduced, Interpol estimates it’s probable that plastic waste trade will continue to adapt and re-route shipments to new and vulnerable countries.

The new destinations for illegal plastic waste will likely be found in south-east Asian countries that are currently minor importers with limited waste management and enforcement capacities.

Other destinations could include Africa and Latin America, though more data from those regions is necessary to assess this risk.

There are existing routes for electronic waste trafficking in Africa and these could be used for plastic waste shipments, with some African nations already receiving large quantities of plastic material “soon-to-be waste” embedded in illegally imported waste.

In Latin America, the recycling sector is reportedly growing, which may attract plastic waste exports.

Alongside plastic waste importing and exporting, there has been a noted increase in illegal treatment of plastic waste — both in export and emerging import countries — with the strategic report noting three key phenomena being profiled in this context.

It found that export countries have experienced both a significant increase in waste disposal in illegal landfills, alongside irregular waste fire to cheaply deal with large volumes of untreated domestic waste.

The second issue discovered — in emerging Asian import countries — was a significant increase in plastic waste imports coupled with a lack of enforcement capacities allowing illegal recycling to thrive.

This has also almost certainly led to an increase in illicit landfills, especially of domestic plastic waste — which is often of lesser quality than imported waste due to a deficiency in local waste collection and sorting systems.

The final area highlighted by the Interpol report was an increase in accidental and deliberate waste fires.

To fight criminality in the plastic waste sector, Interpol’s report outlined the main challenges and their potential solutions — which were identified through consultations with member countries.

One issue was in gathering the right information needed for waste investigations, which is coupled with the shortage of resources allocated to waste enforcement in most countries.

This would require the development of targeted and time-efficient inspection strategies, particularly intelligence-led risk indicators and financial investigations to tackle not only waste sites but also criminal networks and illicit assets.

Another challenge raised was the way that waste crime is investigated, as it can often be fragmented among various authorities.

To provide an appropriate response to this, it says inter-agency cooperation is needed in the enforcement of waste crime.

This should be done by combining competencies, mandates, and statutory powers from different authorities to achieve an investigative approach to waste crime consisting of environmental, financial, and organised crime investigations where appropriate.

The lack of waste traceability at the international level was the final problem highlighted by the report, with it stating that this only hinders efforts to identify the source, consignee, and other investigative leads.

Interpol suggests a range of solutions to mitigate this, which include strengthening and standardising the licensing system of the waste facilities nationwide and making national databases of licensed facilities accessible to other countries.

Alongside this, it recommends clarifying the requirements from export countries to proceed with repatriation and enhancing the use of existent secured communication channels.

The World Wildlife Foundation’s global plastic policy manager Eirik Lindebjerg said: “Waste crime is a rising threat with roots in a more fundamental problem: the inability to manage our plastic use and production.

“We know the impacts of plastic pollution on marine ecosystems; the potential link to human health, and the criminal implications of it.”