The first "Plastic Park" is being developed on Peel Environmental's Protos site, a £700m project aiming to deliver a decarbonised energy system 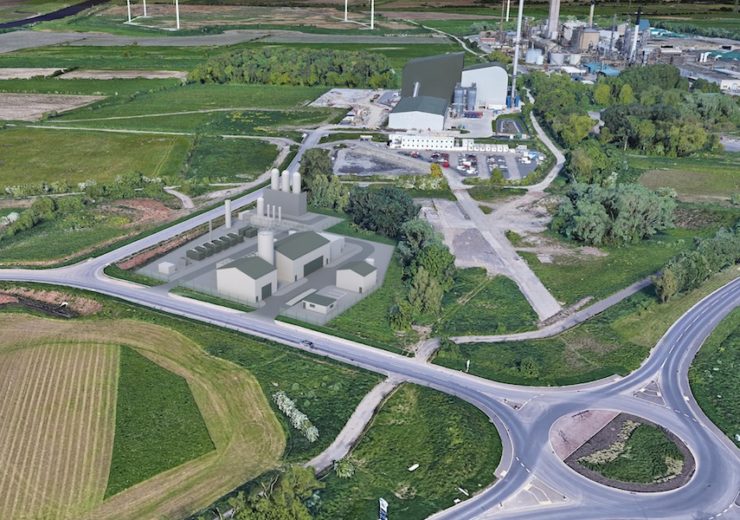 A UK-based waste infrastructure firm is calling on the government to invest more than £7.5bn ($9.3bn) in “Plastic Parks” to “revolutionise” how waste is handled.

Peel Environmental claims these sites would provide a complete solution for the 4.9 million tonnes of plastic waste generated in the UK each year.

The company plans to create the UK’s first “Plastic Park” at its 134-acre Protos site near Ellesmere Port, off the Manchester Ship Canal.

The £700m ($896m) project is designed to deliver a decarbonised energy system in the region by creating a cluster of power-from-waste businesses.

The New Ellesmere Port site also accommodates the University of Chester’s Thornton Science Park, which has tested technology that will be used to convert waste into energy.

Peel Environmental managing director Myles Kitcher said: “Infrastructure for dealing with plastic waste has been piecemeal at best and there’s a huge problem with accountability.

“Local authorities and businesses often have no idea that their plastics are being exported overseas where it has more chance of finding its way into the ocean.

“It’s right that we should be having the debate about plastic, but we’re not going to rid it from society overnight.

“In many cases, plastic will continue to be the most sustainable and cost-effective option, for example, its many uses in the medical industry.

“Rather than demonising all plastics, we need to reduce and reuse what we can, recycle after that and then find better solutions for what’s left.

“The technologies we’re looking at will provide solutions for plastics that up until now haven’t had a value.

“But we fully expect them to be transitional technologies which in the short term make a positive difference until we can reduce our plastic consumption.”

Currently, there are just a handful of local councils capable of accepting all plastics for recycling, with multiple collection systems causing confusion for householders.

Even materials that are easily recyclable, such as trays made from polypropylene, are often not recycled as not all councils have access to the right facilities.

Peel Environmental says its “Plastic Parks” plan would help deal with this confusion.

Central to this at Protos, is a plastic waste-to-hydrogen plant being constructed by environmental developer Waste2Tricity.

Tested at the Thornton Science Park, DMG is a chemical recycling technique that takes waste plastic and recovers its maximum energy value.

This achieved by heating plastics and vaporising them into gases.

Peel Environmental signed an exclusivity agreement with PowerHouse Energy to deploy DMG technology in the UK.

Alongside this, other plants would feature at the parks to break plastic back into its component parts.

Peel Environmental envisions a network of “Plastic Parks” across the UK, all tailored to the needs of local communities.

Kitcher said: “Kerbside recycling systems are confusing at best with many plastic products still ending up in the black bin and sent to landfill.

“The plastic parks will offer a simple solution for local councils.

“We can take any type of plastic, whether it’s been mixed or separated, and we’ll have a one-stop-shop for maximising recycling and creating value from what’s left.

“We see a network of Plastic Parks across the UK where the technologies can be tailored to local needs.”

Out of this world: order-to-cash automation

Cascades Completes Sale of its Equity Position in RDM Group