Annual plastic flow into the ocean to nearly triple by 2040, report finds

The research, by The Pew Charitable Trusts and SYSTEMIQ, also found that plastic flow into the ocean could be cut by 80% by 2040 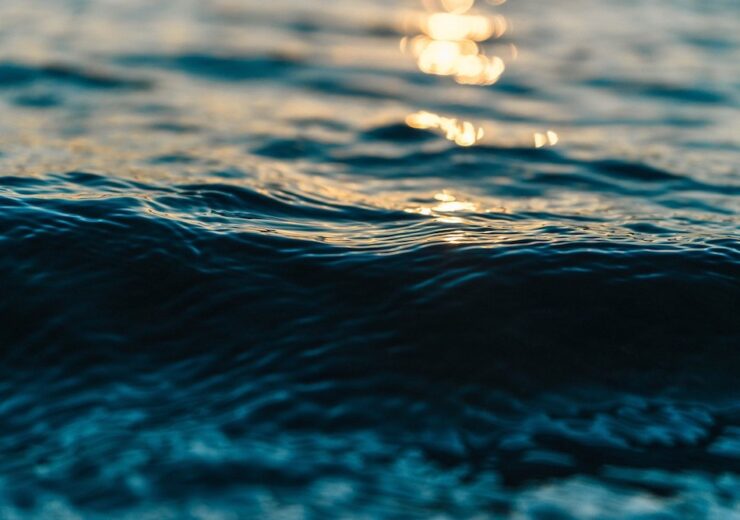 According to the study, cumulative amounts of plastic in the ocean could reach 600 million tonnes by 2040 (Credit: Pixabay)

The annual flow of plastic into the ocean could nearly triple by 2040, research has found.

The new study by The Pew Charitable Trusts and SYSTEMIQ found that if no action is taken to address the projected growth in plastic production and consumption, the amount entering the ocean each year would grow from 11 million metric tonnes to 29 million metric tonnes over the next 20 years.

This is equivalent to nearly 50 kilogrammes on each metre of coastline worldwide.

And because plastic remains in the ocean for hundreds of years and may never truly biodegrade, the cumulative amount of plastic in the planet’s seas could reach 600 million tonnes by 2040 – equivalent in weight to more than three million blue whales.

The report also found that, although progress has been made in addressing the problem, current commitments by government and industry will reduce the amount of plastic going into the ocean by 7% by 2040.

And without meaningful change, about four billion people worldwide are likely to be without organised waste collection services by the same year, contributing significantly to the projected amount of ocean plastic pollution.

Working with scientists and experts from around the world, The Pew Charitable Trusts and SYSTEMIQ reached the report’s conclusions using an economic model that quantifies the flow and amount of plastic in the global system, comparing the quantity of ocean plastic pollution between 2016 and 2040 under six scenarios.

This ranged from a “business-as-usual” (BAU) scenario to a total overhaul of the world’s plastic systems – including its production, collection, consumption, and disposal and recycling.

Annual plastic flow into the ocean can be cut by about 80%, finds study

The research – Breaking the Plastic Wave: A Comprehensive Assessment of Pathways Towards Stopping Ocean Plastic Pollution – did, however, find that the number of plastics going into the ocean a year could be dramatically cut by using technologies available today.

Working with partners at the universities of Oxford and Leeds, and charities the Ellen MacArthur Foundation and Common Seas, the study identified eight measures that could collectively reduce annual plastic pollution by about 80%.

Adopting these changes could also generate savings of $70bn for governments by 2040 – relative to the BAU scenario – reduce projected annual plastic-related greenhouse gas emissions by 25%, and create 700,000 jobs.

The Pew Charitable Trusts’ vice-president for environment Tom Dillion said: “There’s no single solution to the ocean plastic pollution, but through rapid and concerted action we can break the plastic wave.

“As this report shows, we can invest in a future of reduced waste, better health outcomes, greater job creation, and a cleaner and more resilient environment for both people and nature.”

“It took a generation to create this challenge; this report shows we can solve it in one generation.

“Breaking the Plastic Wave leaves no viable excuse on the table; we have today all the solutions required to stem the plastic flows by more than 80%.

“What we now need is the industry and government resolve to do so.”

Eight measures to reduce plastic going into the ocean

The report estimates that it’s socially, technically and economically feasible to reduce plastic consumption by 30% by 2040, with the transition’s focus on plastics that have short periods of use – such as packaging and disposable items.

This intervention does not demand a reduction in general consumption, but rather an elimination of avoidable plastic and a shift towards products and services based on reuse.

The research also suggests that huge cuts in usage can be achieved by focusing on six plastic applications that are projected to account for 86% of total reduction achievable in 2040 – multilayer/multimaterial flexibles, business-to-business packaging films, bottles, carrier bags, and foodservice disposables.

This could be done by either leveraging traditional delivery routes like local markets and glass or plastic bottle refill schemes or by using new digitally-enabled technology and services.

The report says accelerating this intervention would require a host of policy, economic, and innovation drivers – with standards and requirements that focus on eliminating avoidable packaging.

Multinational companies would also need to commit to long-term quantitative goals to reduce plastic use and develop refillable packaging.

Alongside this, it suggests that government policies need to shift the burden of waste generation onto producers.

This would be equivalent to 71 million metric tonnes of plastic avoided by 2040.

This indicates that when reduce-and-substitute system interventions have been implemented, plastic waste generation could be capped at approximately today’s global levels, without unacceptable compromises on cost, utility or performance.

This would occur despite growing populations and economic development. resulting in an absolute decrease in plastic in high-income countries by 27%.

As substitutes will involve significant costs in both production and end-of-life disposal – about 1.7 to two times higher than virgin plastic per metric tonne – materials were selected only when they replace plastic that cannot be reduced or mechanically recycled.

It says that, if managed properly, it’s possible to meet the material requirements of substitute intervention – though unintended consequences need astute monitoring and careful management at their end of life.

Design products and packaging for recycling

Due to the mix of polymers, additives, and dyes, many plastic items are currently designed in ways that make recycling difficult, uneconomical, or even impossible – as a result, only 15% of plastic is currently recycled.

Designing for recycling boosts this percentage through two separate benefits – it increases the share of recyclable plastic and improves the economics of recycling.

For example, shifting away from multimaterial plastics – which makes up 59% of plastic production but 80% macroplastic leakage – to monomaterials could be fundamental in increasing material recyclability.

The report’s model shows that system intervention can increase the yield and value of recycled plastic by $120 per metric tonne, which can be achieved through five principal design levers – these being:

It’s estimated that 22% of plastic waste is currently left uncollected, potentially growing to 34% by 2040 under a BAU scenario.

The report says closing this gap is one of the most critical interventions needed to meaningfully reduce plastic pollution and something that will take a significant amount of funding and innovation.

In the research’s system change scenario, it assumes collection rates could reach 90% in the urban areas of middle- and low-income countries, and 50% in rural areas.

To achieve this, it would require innovation and technology, stronger governance and investment – with new models for waste aggregation, enhanced communication with waste producers, and better logistics for collectors also needed.

It’s estimated that 20% of global plastic waste enters recycling systems and, after accounting for sorting and recycling losses, only 15% is recycled.

The report estimates that mechanical recycling capacity could scale up globally and address 86 million metric tonnes of plastic waste by 2040 – and that 33% of total plastic municipal waste could, when reduce and substitute wedges have been applied, be disposed of in this way.

This would require opening 107 recycling plants with 20,000 metric tonnes of capacity per year across the globe from 2021 until 2040.

The resulting increase could allow 14% of virgin plastic demand to be offset by 2040 in a BAU scenario.

Mechanical recycling has historically struggled due to a combination of factors, most notably fragile economics.

The researchers say that improving recycling economics is key to accelerating this system intervention.

In recent years, new recycling technologies have been and are being advanced that can handle lower-value plastic, such as film and multimaterials.

This is typically done through chemical conversion, a reprocessing technology that uses chemical agents or processes to break down plastic.

About half of this would be converted back in plastic, and the other half being turned into fuel.

The researchers also say that it’s important that enabling policies are focused on plastic-to-plastic chemical conversion to advance the circular economy.

These could include research, development and infrastructure funding, legislation to drive higher demand for recycled content, and traceability mechanisms to certify recycled content.

Build facilities to dispose of plastic that can’t be recycled economically, as a transitional measure

According to the report, disposable methods such as landfilling, incineration, and plastic-to-fuel chemical conversion should be used only as last resorts – after the reduce, substitute, and recycle wedges have been fully exploited.

It’s unrealistic, however, to assume that end-of-life disposal of plastic waste will no longer be necessary by 2040.

The system change scenario suggests that global landfill expansion can peak by 2030 at 73 million metric tonnes per year of new landfill capacity built.

Both incineration and landfilling have there pros and cons – landfilling is more cost-effective, though plastic waste is likely to leak into the environment.

And while incinerators are effective at stabilising biological material and reducing both volume and mass, they release greenhouse gas into the atmosphere.

Because both disposal methods generate little to no revenue, there are few market incentives to ensure that these facilities are well managed.

This is why both forms of disposal require strong public governance to minimise harm to the environment and communities.

Plastic waste exports from high-income to middle- and low-income countries amounted to 3.5 million metric tonnes in 2016.

Although it’s hard to quantify the impact this has on plastic pollution in the ocean, anecdotal evidence suggests that 5% to 20% of scrap plastic exported has little value, and is often mismanaged through open burning or illegal dumping.

The researchers suggest that building a closer circular economy to the point of waste generation will help create a sustainable sink for material, freeing up infrastructure in countries that previously imported large amounts of plastic.

They also estimate that 90% of plastic waste exports could be reduced by 2040 if the right policies are implemented, and infrastructure is built to deal with this plastic locally or regionally.

Endorsements for the report have ranged from multinational bodies such as the United Nations Environment Programme (UNEP) business giants like PepsiCo.

The food, snack, and beverage company’s CEO and chairman Ramon Laguarta said: “Addressing the challenge of plastic waste is both urgent and complex and will require accelerated, collective action and a transformation of the way society thinks about single-use plastics.

“This report calls for immediate bold action in the global effort to stem the tide of ocean plastics.

“It makes clear that through increased collaboration, across industries, we can help create systems change, build a circular economy for packaging, and turn the corner on ocean plastics.”

Mars, Incorporated CEO Grant Reid added: “Mars is committed to being a part of the transformational system change that this issue requires.

“We’re taking action by removing packaging we don’t need, exploring reuse models, redesigning what we do need for circularity, and investing to close the packaging waste loop with recycling systems that work for business communities.

“We have much to do, so we must work together as a global community like never before.”

Inger Anderson, UNEP’s executive director, believes the next two years will be critical to getting the world on a zero-plastic pollution path.

She said: “Breaking the Plastic Wave: A Comprehensive Assessment of Pathways Towards Stopping Ocean Plastic Pollution comes at a critical time to inform global discussions and help decision-makers evaluate options that will eliminate the long-term flow of plastic and microplastics in the ocean.

“By providing the evidence base for a way forward, the study convincingly shows the need for system-wide change and urgent action across the entire value chain.

“It inspires by demonstrating that projected plastic leakage can be reduced by 80% with existing solutions.

“The next two years will be critical in getting the world on a zero-plastic pollution path. We need to catalyse rapid transition; we need to act now!”