Submitted by Peel Environmental and Waste2Tricity, the high-tech recycling facility could create more than 100 jobs during its construction phase 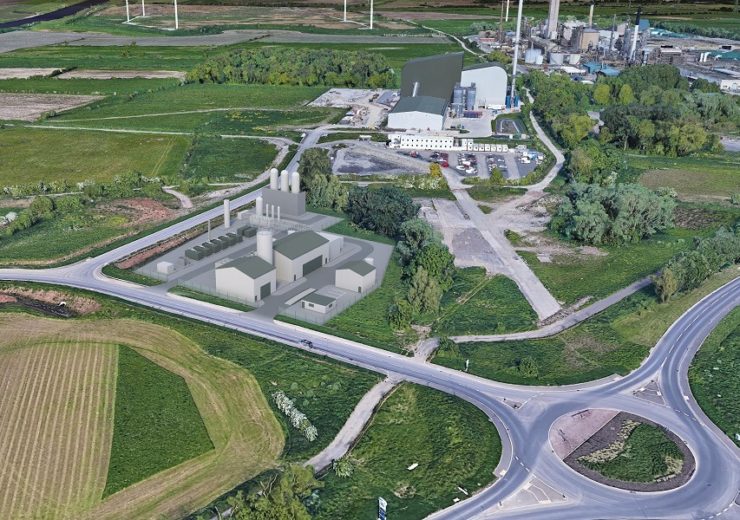 Waste infrastructure developer Peel Environmental, working in partnership with Waste2Tricity, has submitted plans to develop a plant that will convert waste plastics into hydrogen.

The proposed £7m ($8.6m) project, based at the Protos site at Ellesmere Port in Cheshire, would use what the firms describe as a UK-first advanced thermal treatment technology developed by energy recovery system manufacturer PowerHouse Energy.

The proposal has been made to Cheshire West & Chester Council and, if permission is granted, the development would create a further 14 permanent jobs at the site, with more than 100 roles established during its construction.

Peel Environmental managing director Myles Kitcher said: “This is a great step forward towards delivering the first of many waste plastic-to-hydrogen facilities across the UK.

“There is huge potential for hydrogen to replace fossil fuels in our transport system.

“We already have hydrogen buses in Liverpool, and trains being converted to hydrogen in Widnes.

“Using waste plastic to generate a local source of hydrogen could not only help to reduce our reliance on landfill, but improve local air quality with a clean and low-cost fuel for buses, HGVs and cars.”

What would the Peel Environmental provide if implemented

Peel Environmental’s thermal treatment technology would be based at the Thornton Science Park near the Protos site.

The plant would receive up to 35 tonnes of unrecyclable plastics a day, and would create a local source of energy for the surrounding areas.

Hydrogen produced by the site could be used as a clean fuel source for buses, heavy goods vehicles and cars. This could reduce air pollution and improve air quality on the nearby roads.

The facility would also generate electricity, which could be made available to commercial users via a microgrid at Protos.

Peel Environmental aims to develop a closed-loop solution, with any plastic unable to be recycled on the site used to create hydrogen.

Waste2Tricity managing director John Hall said: “We are excited to have submitted plans for this first plant — the first in a series of developments that have the capability to make the north west a leader in moving towards clean energy and to help in achieving the Government’s target of net zero emissions by 2050.

“With this plant we are recognising the importance of the low-carbon distributed hydrogen economy and, importantly, embracing the circular economy.

“This closed-loop solution tackles the country’s problem of how to dispose of unrecyclable plastic whilst producing a clean fuel for the future.

“Waste2Tricity is proud to be development partners in this global first and look forward to continuing to work with Peel Environmental.”

The Protos site sits within the Energy Innovation District spearheaded by Cheshire Energy, which is looking to develop local, smart energy that could lead to a cost saving of up to 25%, while providing a 34% reduction of greenhouse gas emissions.

Powerhouse Energy CEO David Ryan said: “The submission of the planning application is an important step forward in delivering the first commercial application of the DMG technology, creating hydrogen from waste plastics.

“The team have worked hard to develop a robust application and we’re hopeful of securing consent and subsequent financial close in the coming months.”

This proposed project is part of the north west’s bid to become the UK’s first low-carbon cluster by 2030.

Led by the North West Business Leadership Team, with support from Greater Manchester and Liverpool City Region mayors, the project could deliver 33,000 jobs, more than £4bn ($4.9bn) of investment and save 10 million tonnes of carbon a year.

“The creation of a microgrid could transform how we consume energy in the region, reducing costs and saving carbon emissions.

“Projects such as this are a key part of the north west and the UK’s road to net zero and show how we’re leading the way.”