The state of New York announced in its 2019-2020 budget its ban on the single-use plastic bag, becoming the third US state to have such a policy 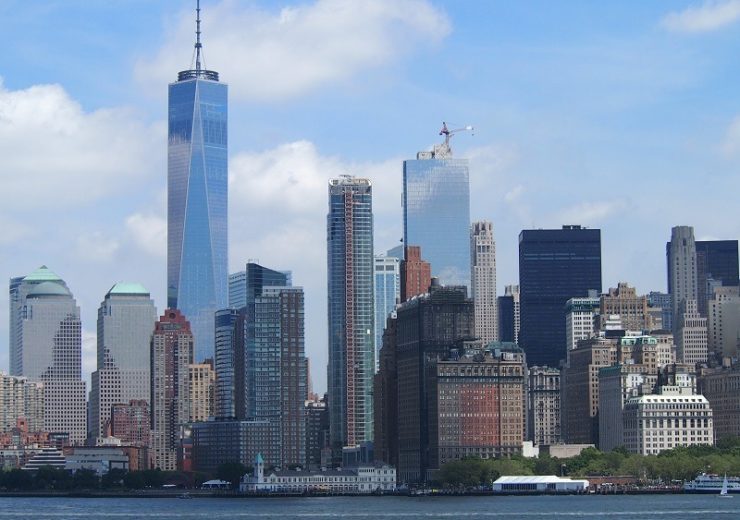 New York state has announced a ban on single-use plastic shopping bags in its latest budget.

Commencing on 1 March 2020, cities will have the choice to opt in to a five cents fee for a paper bag, two cents of which will go into local schemes that buy reusable bags for low-income consumers.

The remainder will contribute to the state’s Environmental Protection Fund, which supports capital projects that protect the environment and enhance communities.

According to the 2017 New York City Department of Sanitation Waste Characterization Study, around 71,000 tonnes of plastic bags ended up in landfill at a cost of $12.1m (£9.2m).

State Governor Andrew Cuomo said he’s been keen to bring in this legislation for a long time.

He said: “This is long overdue, you drive through urban areas in this State and you see plastic bags hanging from trees like some bizarre Christmas ornaments.

“You see in waterways all across this State, plastic bags.

“I’ve been fishing 40 miles out in the ocean and you see a parade of these plastic bags just floating by.

“There was no need, we’ve been trying to get this done, and we’ve gotten it done.”

Other States with a plastic bag ban

When enacted, New York will become the third US state to implement a ban on plastic bags.

Hawaii started the trend in 2013 as Hawaii County prevented stores from providing plastic bags for anything but bulk items, such as meat, grains and fresh produce.

The final city and county to pass legislation was the state capital of Honolulu in 2015.

In February 2019, the state legislator announced proposals under its Senate Bill 522, which would enforce further rules on plastics over the course of the next few years.

This bill outlines how it would ban the buying, using or distributing of single-use plastic bottles, utensils, straws and polystyrene foam containers for state and county agencies by July 2021, with the rules extending to restaurants, supermarkets and hotels in the following year.

In November 2016, California introduced a ban on single-use plastic bags, becoming the US’s first state-implemented policy on the material.

The ban was proposed in August 2014, and a referendum was held two years later, resulting in 53% of Californians voters favouring the ban.

The law prohibits most food, retail and convenience stores from providing their customers with bags designed for single use, unless they are made from recycled paper.

There are exceptions that include bags being used by pharmacies for prescriptions and bags without handles used to protect a purchased item from damage or contamination.