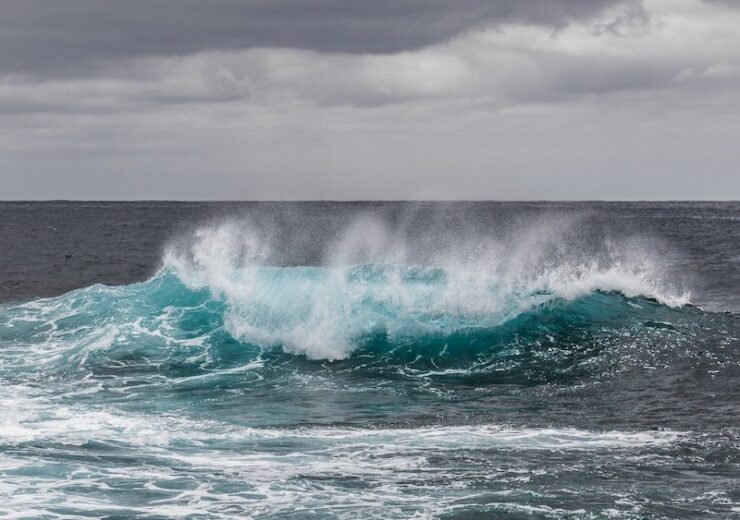 According to the researchers, mass of “invisible” microplastics found in the upper water of the Atlantic is approximately between 12 and 21 million tonnes (Credit: Pixabay)

There is at least ten times more plastic in the Atlantic ocean than previously thought, a new study has found.

Conducted by UK-based research organisation the National Oceanography Centre (NOC), it says the mass of “invisible” microplastics found in the upper water of the Atlantic is between 12 and 21 million tonnes.

The organisation also says this only accounts for three of the most common types of plastic litter in a limited size range.

NOC’s Dr Katsiaryna Pabortsava, the lead author on the paper published in the Nature Communications journal, said: “Previously, we couldn’t balance the mass of floating plastic we observed with the mass we thought had entered the ocean since 1950.

“This is because earlier studies hadn’t been measuring the concentrations of ‘invisible’ microplastic particles beneath the ocean surface.

“Our research is the first to have done this across the entire Atlantic, from the UK to the Falklands.”

Seawater samples used for the study were collected by NOC researchers during the 26th Atlantic Meridional Transect (AMT) expedition, which took place between September and November 2016.

Led by the Plymouth Marine Laboratory in collaboration with NOC, the AMT expeditions were started to observe the structure and biogeochemical properties of planktonic ecosystems in the Atlantic ocean.

The samples in 2016 were collected by filtering large volumes of seawater at three selected depths in the top 200 metres of the ocean.

The study focused specifically on polyethylene, polypropylene and polystyrene – which are the three most prominent and littered plastic types.

The findings build on NOC’s research into plastic contamination, with the goal of better understanding the magnitude of the persistence of exposure to plastics the ocean has and the potential harm it can cause.

NOC’s professor Richard Lampitt, the study’s co-author, says that – based on this research – the Atlantic ocean “might hold about 200 million tonnes of plastic litter in this limited polymer type and size category”.

He added: “This is much more than is thought to have been supplied.

“In order to determine the dangers of plastic contamination to the environment and to humans, we need good estimates of the amount and characteristics of this material, how it enters the ocean, how it degrades and then how toxic it is at these concentrations.

“This paper demonstrates that scientists have had a totally inadequate understanding of even the simplest of these factors, how much is there, and it would seem our estimates of how much is dumped into the ocean has been massively underestimated.”

This study is only part of the work the NOC has been doing to better assess the plastic pollution problem in the ocean.

It conducts research looking at the distribution and transport of plastics to and within the ocean to understand its fate and the ecosystem exposure.

The organisation says this work is an essential component toward understanding the effects of plastic contamination on ecosystem health, and how this is likely to change in the future.

The research includes assessing inputs of plastics to the ocean from land via rivers and estuaries, the downward of plastic particles into the deep sea, and quantifying the transport of plastic as well as their accumulation in the deep seafloor.

It’s also involved in investigating the identification and classification of plastic litter in biodiversity hotspots, and the interactions and ingestion of plastics by marine life.

Past projects the organisation has been involved in include AtlantOS, a €20m ($23.8m) EU Horizon 2020 research and innovation project that aimed to optimise and enhance Integrated Atlantic Ocean Observing Systems.

As part of this, NOC researchers used the capabilities and facilities of ocean observing systems in the Atlantic to quantify and characterise the presence, distribution and fate of microplastic pollution in the open ocean.

History of the Atlantic Meridional Transect

The ATM programme was initially set up in 1995 to assess mesoscale to basin-scale phytoplankton processes.

It provided a platform for international scientific collaboration, including the calibration of measurements and products produced by SeaWiFS – a satellite-borne sensor designed to collect global ocean biological data.

Measurements of hydrographic and bio-optical properties, plankton community structure and primary production completed on the first 12 voyages between 1995 and 2000 represent the most coherent set of biogeochemical observations over ocean basin scales.

In 2002, the programme was restarted and broadened to address cross-disciplinary questions concerning ocean plankton ecology and biogeochemistry and their links to atmospheric processes.

Conducted between 2002 and 2006, the recommencement of the research was funded by NERC’s Consortium Grant.

Its objectives included the determination of how the structure, functional properties and trophic status of major planktonic ecosystems vary in space and time.

It also aimed to look at how physical processes control the rates of nutrient supply to the planktonic ecosystem, and how atmosphere-ocean exchange and photodegradation influence the formation and fate of organic matter.

Between 2008 and 2012, the expeditions were funded through NERC’s Oceans 2025 programme – which ran for five years in an attempt to improve the understanding of how seas behave and how they are changing.

The ATM programme is now in its fourth phase and is funded by NERC’s National Capability. It is hosted by the Plymouth Marine Laboratory in collaboration with the NOC.

The programme is designed to create an opportunity for nationally and internationally-driven collaborative research, while also providing a platform for multi-disciplinary oceanographic research.