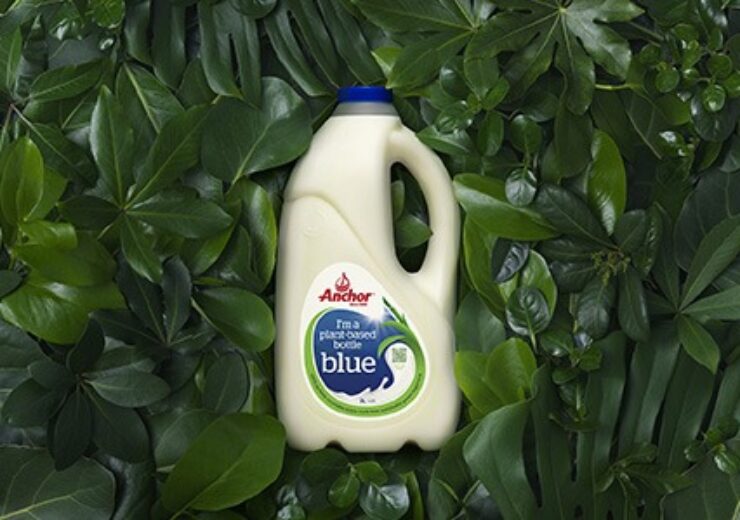 Plastic and metal packaging provider Pact Group has joined forces with Fonterra, a dairy co-operative in New Zealand, to create the first plant-based milk bottle in the country, for the milk brand Anchor

The packaging company is manufacturing the new milk bottle to comprise HDPE, using sustainably sourced sugarcane, which is a natural and renewable resource that captures carbon dioxide (CO2).

The bottle is also 100% kerbside recyclable at the end of its life, said the company.

The new Anchor Blue 2L Milk bottle packaging, produced using the plant-based resin, is being added to the existing Anchor products in the North Island.

The new sustainable offering is part of a long-term partnership between Pact and Fonterra, which have been jointly working across different products for several years.

Pact Group consumer and industrial executive general manager Eric Kjestrup said: “Fonterra’s appetite for innovation and commitment to sustainable packaging has helped us produce the iconic Anchor Blue 2L bottle in a plant-based resin which is not only fully recyclable, but also made from renewable bio-matter.

“This type of outlook, committing to exploring and defining new solutions, will be critical in helping lift the bar and raise the ambition around what can be achieved in sustainable packaging.”

Pact is engaged in recycling the plastic products, collecting containers at end of life and converting them into recycled plastic resin under its Astron Recycling operation.

The company has received funding from the New Zealand Government, under its Waste Minimisation Fund, which indicates its capability of producing 100% rPET food packaging, including meat trays, bakery trays, deli containers and others.

Pact Group said that it intends to enhance its local capacity for sourcing and recycling wastes to produce new materials, which contributes to the New Zealand’s circular economy.

Poland Spring ORIGIN and Patrick Dempsey bring the crisp, refreshing taste of Maine to the nation