Recycling has been a key part of the sustainability efforts of the delayed Tokyo 2020 Olympic Games, with both the medals and podium being made from used materials 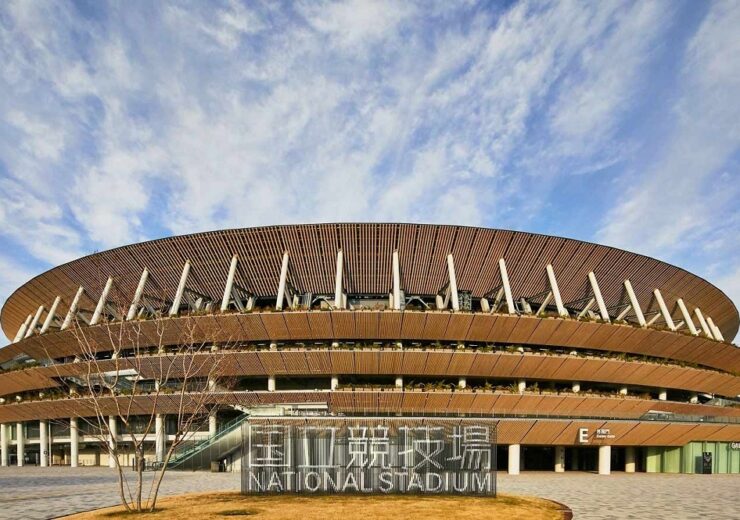 Tokyo's New National Stadium will play host to the opening and closing ceremony of the 2020 Olympic Games (Credit: Tokyo2020)

Ahead of the 2020 Olympic Games in Tokyo, which have been postponed to July 2021 due to the coronavirus pandemic, the International Olympic Committee released guidance advising sporting bodies on how they can reduce their plastic waste. From recycling to compostable packaging, we take a look at some of its recommendations and the work already being done.

While the coronavirus-hit world must now wait until July 2021 to enjoy the 32nd modern summer Olympic Games, the event will still mark one of the first major global events of the 2020s — a decade which will be dominated by the climate crisis and the plastic waste problem.

Sport — like many other sectors — is aiming to do its bit, with major entities such as the UK’s Premier League and the Association of Tennis Professionals looking to cut their use of plastics.

In January 2020, the International Olympic Committee (IOC) released a guide that aims to advise the sporting world on how to address the plastic pollution problem within the tournament.

Titled the Plastic Game Plan for Sport and published in collaboration with the UN Environment Programme, it offers guidance to event organisers to create an effective plan to reduce plastic waste.

The report also gives examples of the work already being carried out by the sporting community.

The IOC’s director of corporate and sustainable development, Marie Sallois, said: “Plastic pollution is one of the biggest challenges facing our environment today and sport — like any other industry — has an urgent responsibility to address it.

“The IOC’s Plastic Game Plan for Sport aims to provide sports organisations, event organisers, athletes and fans with clear, step-by-step guidance on how to eliminate plastic waste from their operations and everyday lives.”

From the stadium to the sailing, we look at what the Olympic Games and some of its biggest sports are doing to tackle plastic waste and recycling ahead of the delayed “Recovery Olympics”.

In June 2018, the organisers of the Tokyo Olympic Games revealed the sustainability plan’s guiding principle, titled: Be better, together — for the planet and the people.

Its CEO Toshiro Muto said at the time: “Sustainability has undoubtedly become an essential aspect of the Olympic and Paralympic Games.

“I am confident that Tokyo 2020’s efforts to achieve a zero-carbon society, to limit resource waste and encourage consideration of human rights, among other things, will become legacies of these Games.”

As part of this ambition, it’s aiming to minimise the impact of waste by implementing resource management measures across its supply chains.

Of the items and goods procured at the rearranged Olympics, 99% will be able to be reused or recycled.

It’s also aiming to reuse or recycle 65% of the waste generated from the operations of the Games.

As part of this, the organisation is looking to develop a recycling initiative that would allow plastic drink bottles used during the event to be recycled for subsequent use as the same product.

Alongside recycling waste generated at the Olympics, organisers have also collected waste for use in other parts of the Games.

Between April 2017 and March 2019, Tokyo 2020 collected about 80,000 tonnes of metal from used electronic goods, with these being used to create the gold, silver and bronze medals.

Athletes attending the Games will also feel the full effects of the sustainability shift, with the bed frames used in the Olympic village being made from recyclable cardboard.

Alongside this, the mattresses will be developed with polyethylene materials that will be turned into plastic products after the events.

Tokyo 2020’s medal podiums will also be made from recycled plastic.

To build these, 1.5 million pieces of waste plastic will be either collected in stores around Japan or recovered from the oceans, with podiums being recycled back into product packaging after the games.

From edible containers to the reuseable bottles: How Olympic sports are tackling plastic

A regular tradition of quadrennial event is the introduction of new Olympic sports.

One of the new entries to the family is surfing.

This sport is reducing its plastic footprint by eliminating all single-use plastic water bottles at its events, with this first coming in force at the 2019 World Junior Surfing Championship.

This move could prevent the use of 215,000 plastic straws throughout a season.

One of the more traditional sports which has become more eco-friendly is the marathon.

The 2019 London Marathon trialled edible and biodegradable drinks capsules, with the event also taking empty plastic bottles from the event directly to a recycling plant.

A sport also looking to tackle the plastic issue is sailing, with its governing body World Sailing (WS) changing its contracts with event hosts and organising committees to ban single-use plastic from events.

The governing body has also asked its clothing suppliers to stop using plastic covers on its new kit.

Another sport targeting plastic reduction is Archery, with its governing body introducing a bottle deposit return scheme to its annual World Cup event.

This has increased its recycling rates by about 100%.

As part of its Plastic Game Plan for Sport report, the IOC outlines recommendations on how members of the sporting community can reduce their plastic footprint.

It says this can be cut down “dramatically” through the installation of refill points, with ways of doing this ranging from soft drink dispensing stations to water fountains.

The IOC also recommends the introduction of a reusable cup system, which could be provided in hospitality zones such as restaurants or via placing a deposit on a container.

Alongside this, it suggests using compostable materials.

Made from natural fibres such as bamboo or palm leaves, if this type of packaging is processed correctly, it will break down into natural components.

The IOC does, however, urge sporting organisations to avoid biodegradable or degradable plastics — as these can only be composted under high temperatures and need to be collected separately.

Engagement with the packaging supplier, according to the report, is also needed from the start to tackle the plastic waste problem.

It recommends asking them to reduce, replace or remove their plastic packaging for everything they deliver.