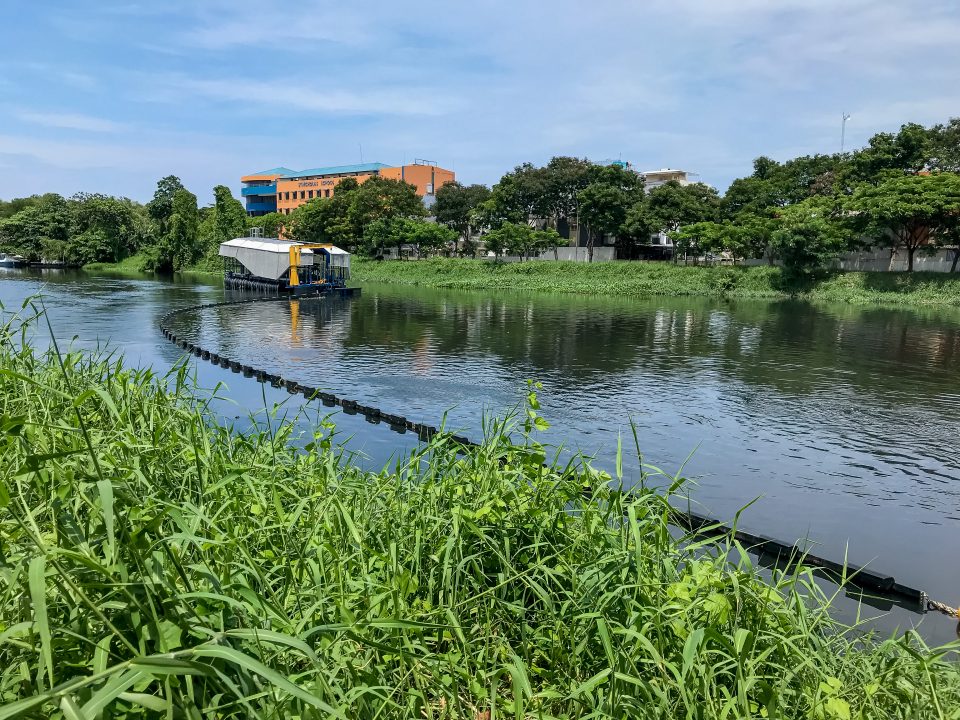 A device to tackle waste plastic being fed into the world’s oceans by 1,000 of the planet’s most polluting rivers has been developed by environmental organisation The Ocean Cleanup.

The non-governmental organisation says The Interceptor system — under development since 2015 — is capable of extracting between 50,000kg and 100,000kgs of rubbish a day.

Four devices have already been built, with two currently operational along the Jakarta river in Indonesia and the Klang in Malaysia.

Another device in currently being installed in the Vietnamese Mekong Delta river, with the remaining device heading to Santo Domingo in the Dominican Republic.

The Ocean Cleanup CEO and founder Boyan Slat said: “To truly rid the oceans of plastic, we need to both clean-up the legacy and close the tap, preventing more plastic from reaching the oceans in the first place.

“Combining our Ocean Cleanup technology with the Interceptor, the solutions now exist to address both sides of the equation.”

In order to capture as much waste as possible, The Interceptor device is anchored to the riverbed, using the river’s natural flow to catch plastic.

The system is 100% solar-powered, using on-board lithium-ion batteries, enabling it to operate without any noise or exhaust fumes 24/7

It uses a floating barrier to direct the rubbish into the device, which only covers part of the river and is designed to not interfere with other vessels or impede movement of wildlife in the water.

An internet-connected on-board computer is used to monitor the system’s performance, energy usage and component health.

The announcement of the Interceptor follows on from the news that The Ocean Cleanup’s device based in the Great Pacific Garbage Patch is starting to collect plastic.

Its second attempt to capture debris, the pilot was launched in June from the Canadian city of Vancouver.

Adjustments made to the device, called System 001/B, included attaching a parachute sea anchor, allowing for faster-moving plastic debris to be collected, and increasing the cork line – which runs around the top of the system — minimising the amount going over the top.

Slat said: “After beginning this journey seven years ago, this first year of testing in the unforgivable environment of the high seas strongly indicates that our vision is attainable and that the beginning of our mission to rid the ocean of plastic garbage, which has accumulated for decades, is within our sights.”

The Ocean Cleanup has begun to design its next device, System 002, a full-scale system designed to retain collected plastic for long periods of time, with the organisation aiming to reduce plastic pollution in the sea by 90% by 2040.