MPs debated a petition that collected 240,000 signatures calling for the UK government to ban the use of all non-recyclable and unsustainable food packaging 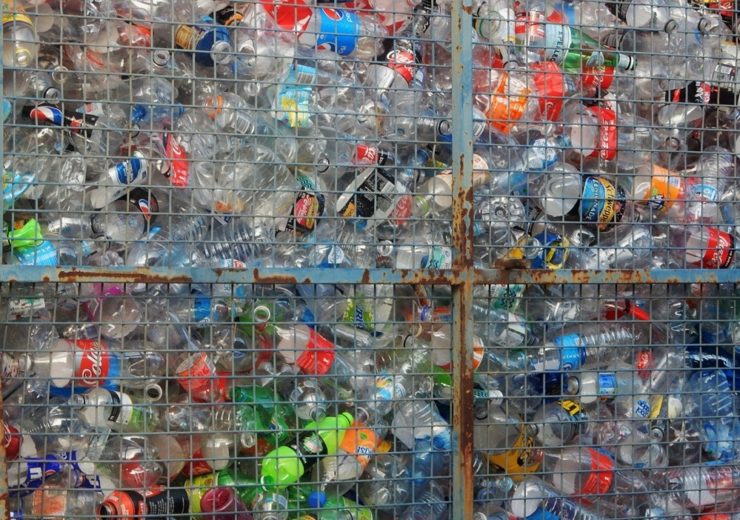 A debate looking into the banning of unsustainable packaging took place in the UK's House of Commons earlier this week (Credit: Michael Coghlan, Flickr)

A call from environmental campaigners to ban all non-recyclable materials in packaging has been denied – but MPs have proposed new ideas to tackle the problem in Britain.

Suggestions from ministers included a “graduated tax” that introduces incrementally sterner penalties for packaging companies that don’t increase the amount of recycled plastic content in their products.

The government is compiling results from a consultation with the industry about the best way to levy businesses over their recycling responsibilities.

A debate on unsustainable packaging was brought to the House of Commons earlier this week after an e-petition that collected more than 240,000 signatures called on the government to ban the use of all non-recyclable and unsustainable food packaging.

Any official petition that receives more than 100,000 signatures must be considered for a debate in Parliament.

Robert Goodwill, minister for agriculture, fisheries and food, said: “We currently have no plans to ban the use of food packaging that can’t be recycled.

“Most food packaging is technically recyclable – the current market does not make all recycling economically viable.

“Our general approach is to help people and companies make the right choice and develop alternatives, rather than ban items outright.

“Our priority is to prevent or reduce waste in the first place. The system already requires businesses to ensure that all their packaging does not exceed what is needed to make sure that their products are safe, hygienic and acceptable for both the packed product and the consumer.”

In the 2018 autumn budget, Chancellor Phillip Hammond announced the government would tax any plastic packaging that does not include at least 30% recycled content, a measure set to come into force in April 2022.

It was one of the issues discussed during the Department for Environment, Food and Rural Affairs’ resource and waste strategy consultation.

It involved asking the industry which packaging should be in the scope of the tax, how to assess recycled content and which businesses would be liable for the levy.

Sandy Martin, Labour’s shadow minister for waste and recycling, also took part in this week’s debate and highlighted how, because many manufacturers have already pledged to well beyond 30%, a flat rate tax would not be good enough.

Instead, he proposed a “graduated tax” on plastic packaging. This would involve incremental increases in the base recycled content rate over time.

He said: “I would submit that any regulation that aims to persuade people to do less than they are already doing voluntarily is either pointless or window dressing.

“Major multinational companies, such as SC Johnson, the American cleaning products company that makes the Ecover brand among others, are already aiming for high percentages of recycled material in all its packaging.

“It would be a travesty if the 30% flat rate allowed other less ambitious companies to undercut their prices simply because the tax regime did not incentivise higher rates.”

In response, Mr Goodwill said the percentage of the amount of recycled plastic in packaging was a question asked in the consultation, as well as whether or not it should be graduated tax.

“It will be charged on plastic packaging that manufacturers place on the market, and the consultation sought views on the precise tax point.

“The tax will be charged at a flat rate per tonne of packaging material.

“We plan to introduce that tax in 2022, and in its consultation, the Treasury asked whether it should be at a flat rate of 30% or should vary for different purchasing formats, and whether the threshold should increase over time.”