The carton is a modern version of the company’s original Pure-Pak carton, containing 46% less plastic 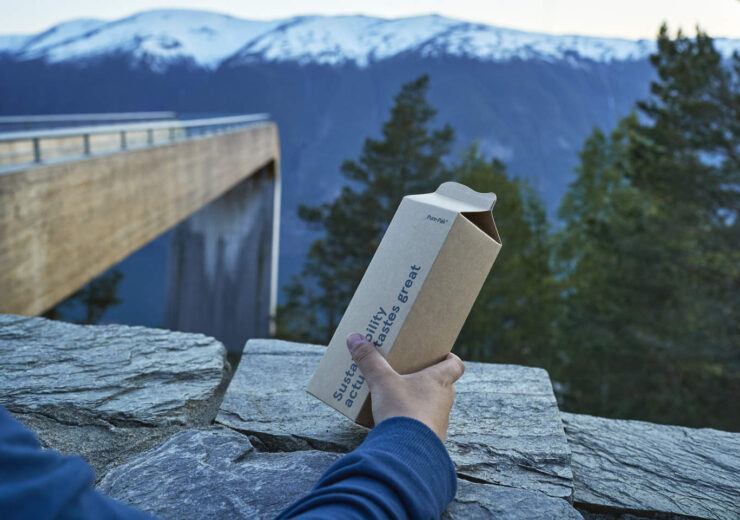 Elopak has recorded a significant increase in its sale of Natural Brown Board cartons compared to previous years. Today approximately 20 per cent of the Pure-Pak® milk cartons Elopak sells in Western Europe are produced with Natural Brown Board. This figure far exceeds the initial projections.

“Based on the figures we’re seeing, the Natural Brown Board is setting a new standard for ecologic milk and plant-based drinks,” Elopak’s Chief Marketing Officer (CMO) Patrick Verhelst stated.

Launched in 2017, in partnership with supplier Stora Enso, Elopak was the first packaging company to provide gable top cartons made with Natural Brown Board. These Pure-Pak cartons are renewable, recyclable and have a lower CO2 footprint, owing to reduced wood consumption and the elimination of the bleaching process. Their rustic, natural look effectively communicates this commitment to sustainability and instantly stands out on the shelves.

“Our customers are very responsive to consumers’ desire to reduce their environmental impact. A lot of them offer organic, green or otherwise sustainable products and they want a packaging solution that reflects this ethos and instantly signals their commitment to the environment,” Verhelst explained.

“That’s why the Pure-Pak with Natural Brown Board has been so successful, as its unbleached, natural look effectively communicates that inherent sustainability at first glance,” he continued.

Several customers were quick to embrace the Natural Brown Board with Arla being the first major brand to adopt the innovation for its line of organic EKO products in Sweden. In June 2018, when Arla launched its Arla Organic range of milk and drinking yoghurts, the brand opted again for one litre Pure-Pak cartons with Natural Brown Board, which were rolled out across the Netherlands, Denmark, Sweden, Germany and Finland.

The Natural Brown Board has since served as a platform for further sustainability-focused innovations, including the Pure-Pak Imagine launched in June 2020. The carton is a modern version of the company’s original Pure-Pak carton, containing 46 per cent less plastic and designed with a new easy open feature. It has no plastic screw cap and is 100 per cent forest-based made with Natural Brown Board, making it Elopak’s most environmentally friendly carton to date.