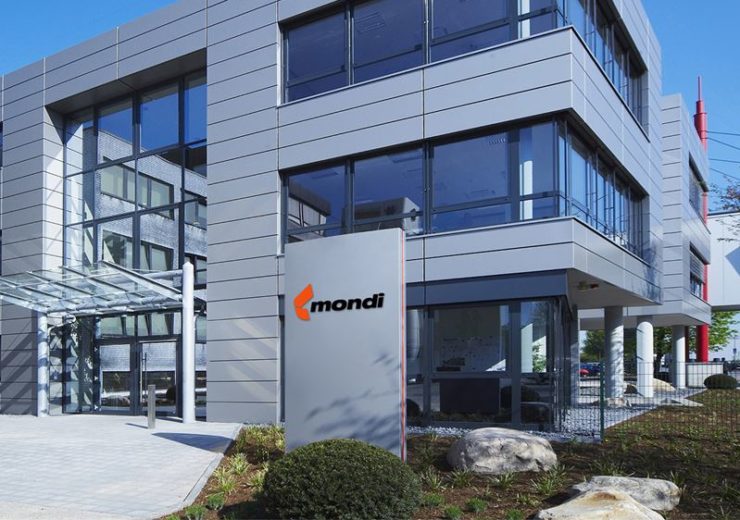 Mondi was founded in South Africa in the 1960s (Credit: Mondi Group)

Global paper and packaging business Mondi has announced its CEO Peter Oswald will step down from his role at the end of March.

Chief finance officer Andrew King will take up the role at the head of the company on an interim basis until a successor is appointed.

Oswald was appointed as CEO of the packaging firm in May 2017, replacing the long-serving David Hathorn.

Mondi chairman David Williams said in a statement: “Peter has made an immense contribution to the growth and development of Mondi since joining in 1992, most notably during his tenure as CEO of the former Europe and international division and subsequently as CEO.

“His drive to grow the business and his focus on ensuring Mondi’s long-term sustainable future have been invaluable to the company.”

Oswald said: “It has been an honour to have worked for Mondi and I am extremely proud of what we have achieved together.

“While I am sad to be leaving, I know the group is in the hands of a strong board and an experienced senior management team that will ensure its continued success.”

Since the announcement, the company’s share price on the London Stock Exchange dropped by more than 2% — with shares trading at 1,670 at 9am GMT.

A graduate in law from the University of Vienna and business administration from Vienna Business School, Oswald began his professional career at Deutsche Bank.

Oswald was initially appointed as the firm’s head of internal audits, later becoming its corporate controller.

In 1995, he took on the role of chief executive of Mondi’s bag and flexibles business, a position he held until 2001 when he became Mondi Europe Packaging’s CEO.

During his time in this position, he led the integration of the Frantschach Group into the Mondi Packaging division.

He’s next big appointment was to the role of CEO of the company’s former Europe and International Division in January 2008.

Between 2014 and 2015, he held a similar position at technology business Miba AG, and was oil and gas firm OMV’s supervisory board chairman from 2015 to 2016.

In February 2017, it was announced Oswald would become CEO of the Mondi Group.

Officially assuming the role in May of the same year, he replaced the company’s long-serving figurehead David Hathorn, who had been CEO since the turn of the century.

Speaking on the appointment of his successor at the time, Hathorn said: “It has been a great privilege to have worked for the Mondi Group over the past 26 years, being involved in its development from a regional business to a truly international group delivering industry-leading returns.

“It gives me great confidence in the future success of the business to be able to hand over to Peter, who has been alongside me for much of this journey.

“I wish Peter and the team all the very best.”

Oswald, like bosses of most packaging businesses over the past few years, has been keen to develop Mondi’s sustainability credentials.

Signed by more than 400 businesses and organisations, including Coca-Cola and Mars, it commits signatories to make 100% of their plastic packaging recyclable, reusable or compostable by 2025.

In June 2019, Mondi unveiled a vacuum plastic packaging film which is, the company claims, fully recyclable in the existing waste streams.

Financially, the business has not performed as strongly.

Over the past year, the company’s earnings before interest, tax, depreciation and amortization (EBITDA) have dropped.

In the firm’s most recent results — third-quarter figures released in October 2019 — its reported EBITDA was at €383m ($424m), a 9% drop when compared with the year’s second quarter.

Mondi believes the reason for this was due to the softer demand across its key markets when compared to those in the first half of 2019.

Its share price in the UK did increase last year, rising to 8.5%. However, this was lower than the double-digit gains made by fellow cardboard businesses Smurfit Kappa and DS Smith.

Yet, the departure of Oswald is not, according to one well-placed source, business-related.

Speaking to Reuters, the unnamed insider said: “The business is in good shape, and there is nothing strange happening in full-year results, which will be announced on February 27. There are no disagreements over strategy.

“It is just really one of those things that happens where the CEO and board decide to part ways.”

Oswald’s interim replacement, Andrew King, has worked for Mondi for more than 16 years.

He has been a member of the company’s board since 2008, when he was appointed to the role of chief financial officer.

Millennials to drive sustainability in the foodservice industry, says report