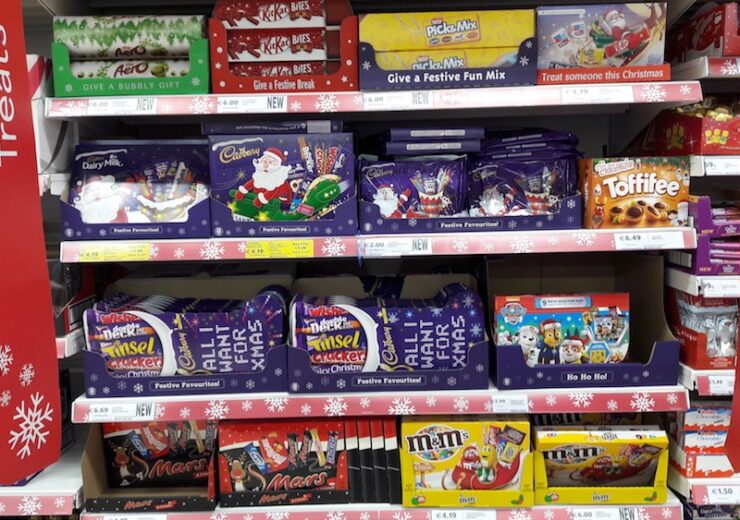 The move will see the firm remove the equivalent of 33 tonnes of plastic from sale (Credit: Shutterstock/shutterupeire)

Multinational confectionery company Mondelez International has announced it will be removing all plastic trays from its adult selection boxes in the UK and Ireland.

The owner of brands such as Cadbury Dairy Milk, BelVita, and Oreo, the move to remove the equivalent of 33 tonnes of plastic is part of the company’s strategy to optimise its packaging through either reduction or removal.

It also contributes to the firm’s global target to eliminate 65,000 tonnes of packaging by the end of 2020.

Mondelez International’s UK managing director Louise Stigant said: “Reducing the amount of packaging we put into the world, and making it easier for consumers to recycle our products, is vitally important to us.

“The steps we are taking on our adult selection boxes, which follow the recent packaging reduction on our Cadbury large share bags, is an example of the varied approaches we are taking to tackle the shared problem of packaging waste.”

To help consumers dispose of their selection box packaging correctly and responsibly this Christmas, Mondelez is also adding a season-specific recycling labelling campaign to its entire selection box range in partnership with the On-Pack Recycling Label.

The move is part of the company’s broader “Pack Light and Pack Right” packaging strategy, in which all UK and Ireland adult selection boxes including Cadbury’s Classic Collection will now use cardboard trays.

Following the recent 15% packaging reduction the firm implemented across its Cadbury large share bags, Mondelez International sees this initiative as another step towards its vision of creating zero net waste packaging.

The three-pronged “Pack Light and Pack Right” strategy sees the firm push for packing optimisation, address the collection and recycling of packaging, and invest in post-consumer recycled material.

The firm has already eliminated more than 64,000 tonnes of packaging globally since 2013, made 100% of its paper-based packaging sustainably sourced and is on track to reach its target to make all its packaging designed to be recyclable by 2025.